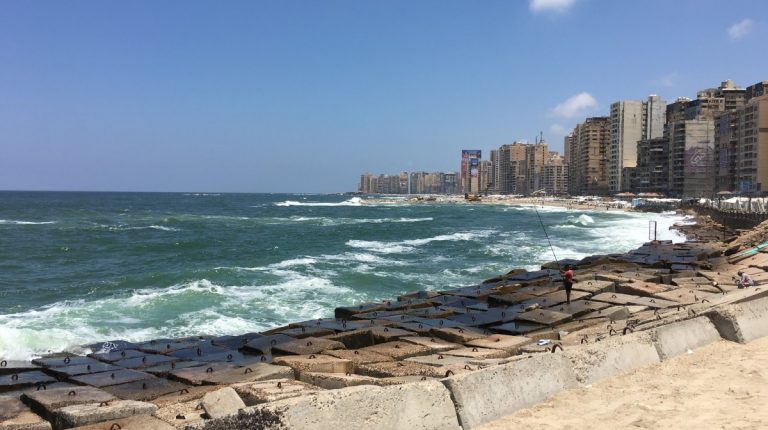 The 34th edition of Alexandria Film Festival (AFF) for Mediterranean Countries will take place between 3 and 8 October, and is expected to screen dozens of different film from Arab and European countries, and will include the honouring of different film personnel, writers, and musicians.

The AFF is one of the oldest and oldest film festivals in Egypt. It is organised by the Egyptian Association of writers and critics of cinema sponsored by the Egyptian Ministry of Culture and Alexandria Governorate.

The opening and closing ceremony of the festival will take place in Bibliotheca Alexandrina, and will witness the attendance of Minister of Culture Enas Abdel Dayem and Alexandria’s Governor Abdel Aziz Qonsowa. The opening and the closing will be held in the Bibliotheca’s main theatre.

According to president of the festival Al-Amir Abaza this edition will take place under the slogan of “Jerusalem is Arab”, as a stand against the decision of US President Donald Trump’s decision in November 2017 to declare his country’s recognition of Jerusalem the capital of Israel, ordering his secretary of state to take all necessary preparations for moving the US embassy from Tel Aviv to the holy city.

The festival screens around a hundred films from foreign countries, including Spain, France, Russia, the US, and Greece, as well as Arab countries like Lebanon, Palestine, Jordan, Algeria, and Yemen.

The Egyptian Association of Film Writers and Critics has decided that the edition will be dedicated to prominent Egyptian actress Nadia Lotfi. The festival will host the premiere of Duraid Lahham’s, the leading Syrian comedian, film Damascus…Aleppo. The film is directed by Basil Al-Khatib.

Lahham will be present at the screening and will hold a press conference with guests of the festivals. The film, according to the director, is a reflection of the contemporary life of Syrians, while documenting “all contradictions, weird, and surreal moments”

The deputy president of the festival told Daily News Egypt that the film is not related to the ongoing civil war in Syria, but reflects on several humane aspects of the Syrian people.

The film tells a story of a group of bus passengers from Damascus to Aleppo. The film using dark comedy, sheds light on positives and negatives in the Syrian society. The film is produced the Syrian state-owned National Film Institution.

Khairat is an Egyptian musician. He was born in Cairo in 1949 and belongs to an artistic family. His uncle the composer Abu Bakr Khairat, was the founder of the Egyptian Conservatory institution and was its first dean. In 1959, Khairat joined the Conservatory (Cairo Conservatoire) and studied piano and musical theory. After graduating, he continued his studies at Trinity College of Music in London. In parallel, he became involved in international popular music and jazz and played the drums for one of the top bands in Egypt, Les Petits Chats. This experience added another dimension to his musical influences.

On the other hand, the festival management has decided to publish 15 books for the first time, including a book about Lotfy, entitled “Lady of the Charming Touch,” along with five books about the honoured Egyptian artists.

Abu Shadi was born 1946 and received a bachelor’s degree in literature from Ain Shams University in 1966. He also received a master’s degree from the Higher Institute of Art Criticism in 1975.

He has been a member of the Egyptian Film Critics Association since 1972 and headed the governmental authority for censorship between 1996 and 1999 and 2004 to 2009. He was a strong representative of Egypt and Arab critics in the International Federation of Film Critics (FIPRESCI).

The respected critic was going to be honoured for his achievements at the Ismailia International Film Festival in its coming edition this year. His bibliography includes more than 20 books in different fields, including criticism and theory. Among his books are Black and White, The Language of Cinema, 100 Years of Egyptian Cinema, Cinema and Politics, Documentary Cinema in the 1970s, and Classics of Egyptian Cinema. He also held important posts as Secretary General at the Supreme Council of Culture in 2007.

Another book by film critic Ashraf Gharib about Mohamed Fawzi will be published.

It will also publish a book honouring singer Laila Mourad by writer Ahmed Al-Najjar. The festival celebrates the tenth anniversary of the departure of the great director, Youssef Chahine by screening is often forgotten film Those People of the Nile.

The film follows the construction of the Aswan dam as seen by those who took part in it: engineers and workers, Egyptians, and Soviets. Beginning with the day the waters of the Nile were diverted, Chahine shows how individual concerns sometimes outweigh the myth surrounding a collective undertaking. The film was the first Egyptian-Soviet co-production, and was screened in 1972.

The festival will also celebrate the 50th anniversary of the establishment of the New Cinema Group. It will publish three books about the group, its history, dynamics, and its main founders.

Nero was born in Parma (Northern Italy). He worked various jobs studied economics and trade in Milan University, and appeared in popular Italian photo-novels. He started his career with the role of Abel in The Bible: In the Beginning (1966) (aka La Bibbia). But success came after he got the roles in Sergio Corbucci’s Django (1966). In the early 80s, Nero was chosen for the role of the white ninja, “Cole”, in Enter the Ninja (1981) and in 1990 as terrorist Gen. Esperanza in Renny Harlin’s Die Hard 2 (1990)