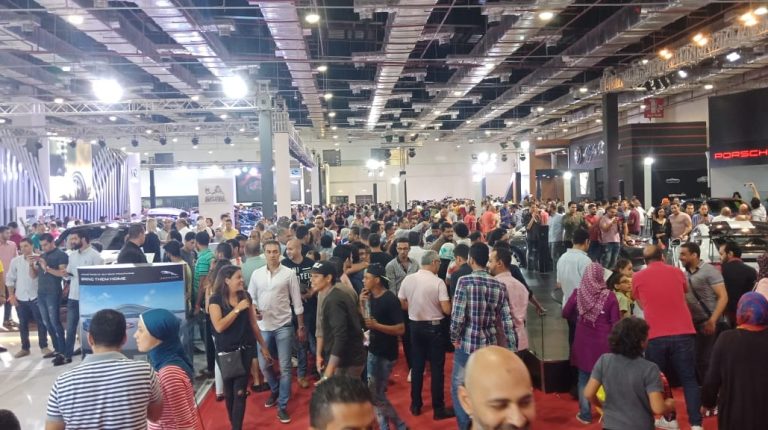 Minister of Trade and Industry Amr Nassar, while visiting the Automech Formula, said that the car industry in Egypt represents one of the most important strategic sectors in the national economy, especially as it is a locomotive for the development of many related industrial sectors. He pointed out that the Egyptian market has all the resources that qualify it to become a major centre for the automotive industry in the Middle East And the continent of Africa.

Nassar visited the Automech Formula Exhibition on Saturday, which is held in the 5th Settlement between 26 and 30 September.

Nassar visited all the exhibitors’ pavilions and talked to companies’ representatives.

He was supposed to inaugurate the exhibition, but missed the opening as he was on a trip with President Abdel Fattah Al-Sisi to the UN Assembly. The exhibition was inaugurated by Reda Abdel Moaty, head of the Consumer Protection Authority, instead.

Nassar praised the strong presence of major car companies in this exhibition in a competitive framework that could revive the market again and boost confidence in the market. The exhibition included a showroom for electric cars for the first time, along with the hybrid models.

The Automech Formula is the largest international automotive exhibition in Egypt, the Arab region and North Africa, with nearly half a million visitors.

Abdul Moaty inaugurated the fifth round of the exhibition. This round is considered the starting point for the automotive industry after the challenges it experienced last year.

Companies are keen to bring all new products very carefully, which is reflected in the good organisation and innovative way of displaying cars to show visitors.

A fierce competition witnessed by the new exhibition grounds in the fifth settlement amid visitors from different countries to attract global investments in Egypt in conjunction with the ongoing economic and industrial reform.

In an unprecedented phenomenon, electric cars attracted the attention of visitors. Some companies introduced the first versions of electric cars, which carried new technological concepts to transform cars into more than a mean of transportation.

Not only did electric cars were put up: a company announced the establishment of the first seven electric car recharge station to make their launch more imminent.

Despite the relatively high cost of living and prices, passion did not prevent car enthusiasts from attending the most important event in the automotive world domestically. The venues were crowded by clients keen on learning the newest updates of the market.

It is remarkable that the companies, in the current round, aimed to increase their market share in Egypt—evident by the press conferences of each of them separately. This included different models, such as Sedan and SUV. Every company was interested to provide the most it could to win the satisfaction of the Egyptian clients.

The exhibitors did not overlook the introduction of hybrid cars, which combine electric and gasoline engines. This comes following the removal of customs on clean cars.

The doors of the Automech Formula will continue to receive visitors over the next four days on an area of 45,000 sqm and 50 new models.

Meanwhile, the Automech Formula witnessed dense turnout on the first day, pushing the expectations of exhibitors regarding their sales projection.

Khalid Hussain, spokesperson for the Abou Ghali Group, said that the exhibition witnessed a high demand from visitors and predicted that sales would double at the end of the exhibition.

He told Daily News Egypt that the group aims to attract more dealership contracts in the coming period to maintain sales and make them more profitable. 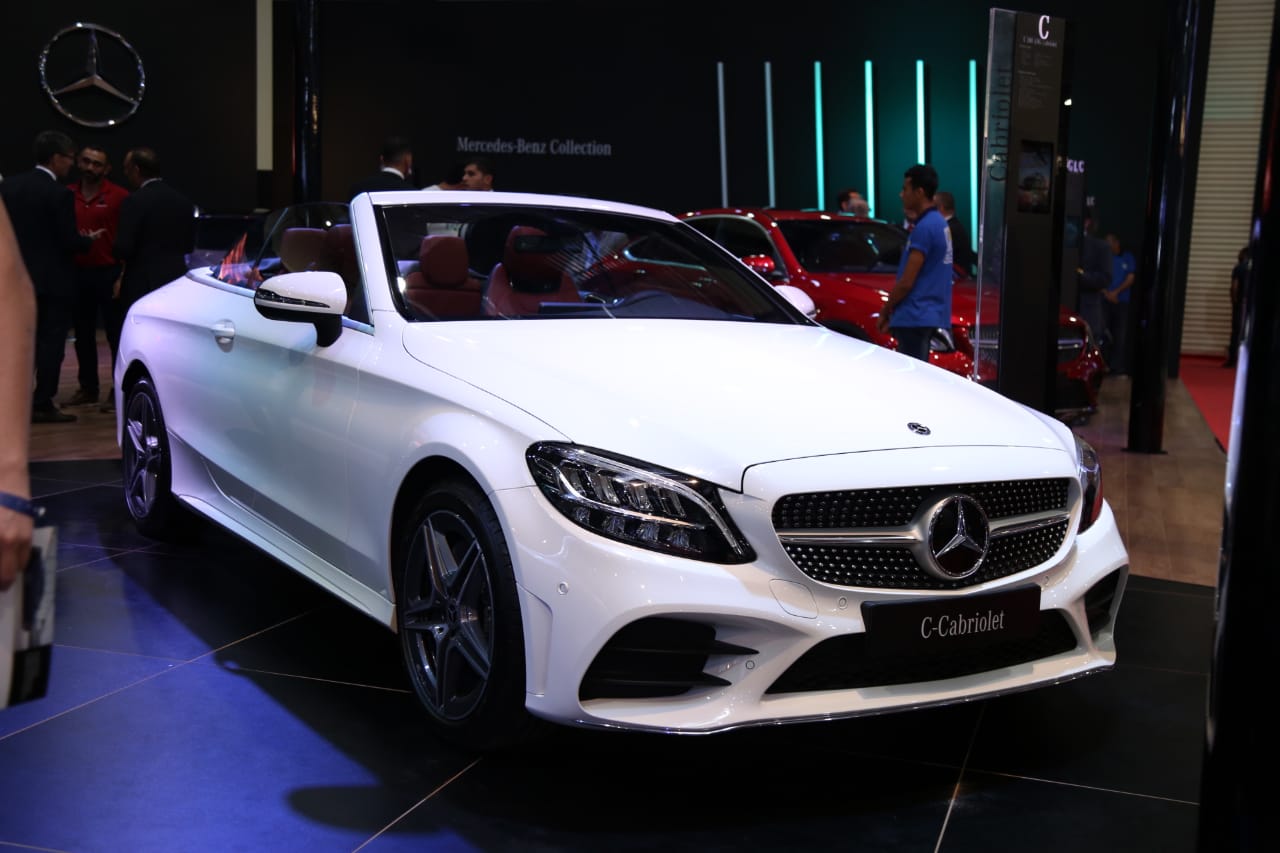 Thomas Zorn, CEO and president of Mercedes-Benz Egypt, said that the company is keen on participating in the exhibition every year because of the benefits of signing a large number of purchasing contracts with local customers.

He pointed out that the Egyptian market is among the promising markets for all Mercedes-Benz cars, especially after the increase in sales, during the first seven months of the year.

Mohamed Hany, marketing director of SMG, said that the company did not participate last year, but was keen to reach more clients through the exhibition this year.

Islam Shawkat, director of Retail Sales at Dynamix Distribution, General Distributor of Fiat, Alfa Romeo, and Jeep, said that the company introduced the latest Jeep 2019 Compass for the first time in Egypt, as well as 500 X and 500 C of Fiat, Tipo hatchback 1600 and 1400, in addition to several Alfa Romeo models.

Zorn, said that the company plans to expand in Egypt through injecting more models, such as C-Class, E-Class, and S-Class.

He explained that the new models from Mercedes-Benz include S550 and S450.

This year is one of the distinctive years for Mercedes-Benz Egypt, where the company introduced an integrated collection of new cars specifically for the Egyptian market, he added and elaborated that the company made significant improvements in the C-Class to include Cabriolet and Coupe models.

C-Class are the top selling models since introduced for the first time during the Automech Formula 2017.

He said that the company will continue to pump investments in the improvement and development of customer service, which reflects the innovations offered by the company and commitment towards the markets and clients.

“The Egyptian market is expected to close its sales at 175,000 this year,” said Khaled Hosny, sales director of Abou Ghaly Motors Group, exclusive agent of Subaru of Japan.

During a press conference, Hosny said that sales of the Egyptian market will surpass 500,000 based on the monthly growth rate, which stands at 35-40%.

In the same context, he said that Abou Ghaly is offering for the first time one of the models of Subaru, during the exhibition, which is a four-wheel drive with all safety features.

Revolta has completed the implementation of the first phase of infrastructure projects in two provinces, which aims to establish seven electric cars recharging stations.

Sherif Abdel Fattah, Schneider Electric vice president, said the company had signed a cooperation protocol with Revolta to develop the infrastructure for the construction of seven stations in seven governorates.

During a press conference, he said that Revolta is close to completing the first phase in Ismailia and Suez, while the second phase will start in January 2019.

For his part, Mohamed Mustafa, CEO of Revolta, said that the initial investments in the infrastructure of recharge station is set at EGP 300m and expected to be completed by the end of 2020.

Porsche introduced the third generation of its Cayenne models, along with the 911 GT2 RS, during the Automech Formula 2018.

Ibrahim Ghattas, chairperson and CEO of SMG, dealership of Porsche in Egypt, said that the company is celebrating 70 years in Egypt with the launch of the 3rd Cayenne generation.

He told DNE that Cayenne has achieved the highest sales rate of Porsche cars worldwide.

He explained that the company launched the first generation of Cayenne in 2002.

Ghattas said the car has a sporty character that combines precision design with driving dynamics. The company launched 911 GT2 RS as well, which comes with a light engine of 6 cylinders and 700 hp.

He noted that SMG aims to open a new branch in ​​Abou Rawash area in Giza and includes a showroom and a maintenance centre by the end of this year.

Zotye aims to increase its stake in Egypt

Zotye Automotive has signed a new strategy with EF Group to improve the company’s services in Egypt.

“The company has been working in the car market since 2015,” head of the company said.

He stressed that the company aspires to expand its sales in Egypt in the coming years through the introduction of many new models.

Fiat Chrysler Automobile said its sales increased during the first seven months of the year.

CEO of the company’s dealership in Egypt, Abdul Rahman Soltan, said that they realised 113% increase in sales, during the first seven months of the year, along with 187% increase in Fiat sales.

Nissan introduced its electric Blade Glider model during the exhibition.

The company showcased a model, of which there are only two units in the world, noting that it can reach 190 kmh.

Head of Nissan Egypt, Kohei Maeda, said that the company is keen on developing its products to save the environment, adding that they eye offering new models that match Egyptians’ requirements.

Nissan entered the Egyptian market with its factory in 2005 with investments of $100m.

Company regional director of Asia, Africa, and Overseas Sales for SKODA, said the company has succeeded in increasing its sales to the European market by 80% this year, 52% in Africa, and 20% in China.

During a press conference, he said that the company realised global sales of 2m cars at the end of last year, with plans to boost sales further this year.

He explained that the company’s sales achieved growth in Algeria, Tunisia, and Morocco. It aims to boost sales in Egypt by 5% per year, through expanding distribution network and relying on sports and four-wheel cars, along with improving after-sales services.

Saher Hashem, managing director and sales manager of Shell Egypt, said that the company has 18.5% of the Egyptian lubricants market.

He said that the company aims to boost sales more in the coming period.

Hashem explained that the movement of the foreign exchange rate had an impact on the company’s sales.

Shell is sponsoring the Automech Formula, as it represents a gate to talk with customers and learn more about their needs and interests, he added.

How digital learning can improve education