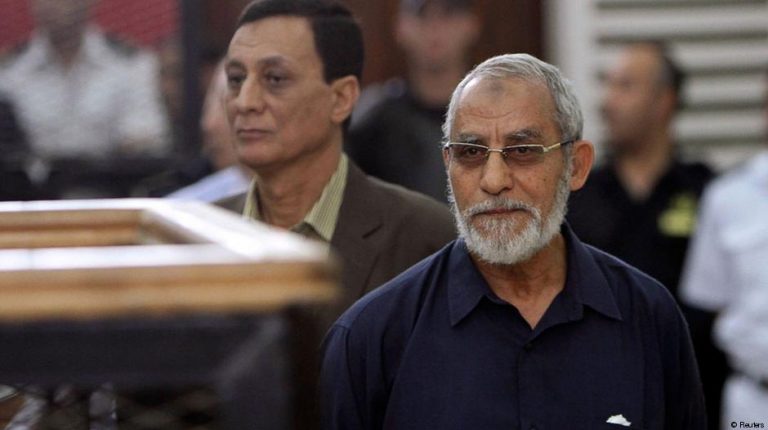 A Cairo Criminal Court ordered amendments on Saturday in the defendants’ charges in ‘Guidance Bureau’ case, where the supreme guide of the now outlawed Muslim Brotherhood, Mohamed Badie, and 12 others are being tried.

Saturday’s decision means that the defence will be allowed to present its arguments to the bench once more, hence starting the majority of the trial’s procedures.

The change in the charges includes “assault that lead to death” instead of “premeditated murder”.

The court also ordered the postponement of the trial session to 7 October.

During the 30 June Uprising, clashes erupted between protesters and Brotherhood members in front of the Brotherhood headquarters in Moqattam, leaving 12 people dead and more than 90 injured.

In February 2015, four of the defendants were handed death sentences, while 14 others, including Badie and one of the group’s prominent members, Khairt El-Shater, were sentenced to life in prison on charges of inciting the killing of protestors, premeditated murder, possession of firearms, and other crimes. According to official investigations, Badie, El-Shater, and other bureau leaders provided arms to their supporters to use against demonstrators.

By January 2016, the Court of Cassation accepted the defendants’ appeal against their verdicts, ordering a retrial.