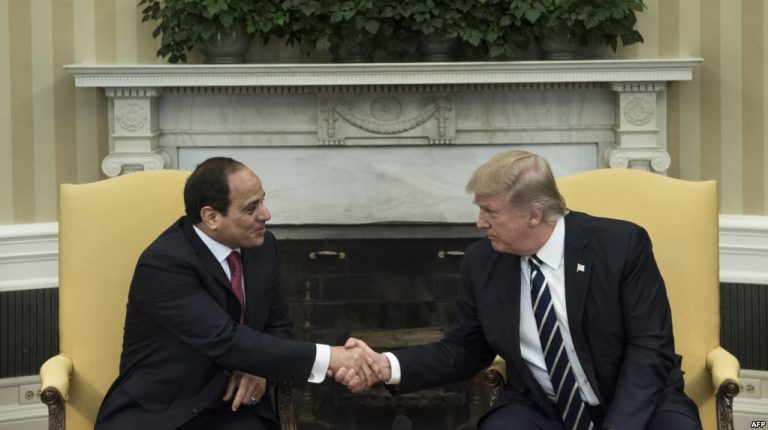 In state-owned newspaper Al-Ahram, Morsi Atallah said it was Egyptian diplomacy efforts that resulted in Al-Sisi convincing US President Donald Trump to back off on its position on the Palestinian-Israeli conflict and to advance support for a two-state solution instead.

Commenting on the same issue, Al-Ahram’s Makram Mohamed Ahmed wrote that Trump had yet to show seriousness about a plan he said he wishes to achieve within a couple of months. According to Ahmed, Trump’s insistence on recognising Jerusalem as the capital of Israel along with his advisor Jared Kushner manoeuvring of the peace plan face lack of enthusiasm by the Arab and international community.

Meanwhile, in state-owned Al-Akhbar, Osama Agag pointed out how he witnessed United States (US) mobilisation against Iran during the UNGA and side-line events, and how Trump dedicated the largest part of his speech to accusing Tehran. But by backing opposition to President Hassan Rouhani, Agag argues that bridges for communication are being destroyed leaving the world with one question: whether the American unilateral pressure will be successful.

Tackling a different perspective expressed by Trump, Al-Masry Al-Youm’s Abdul Moneim Saeed opinionated about the retreat of globalisation which the US president clearly stated in his speech before the UNGA, reinforcing principles of independence and sovereignty. This is a trend followed by other states currently including Italy and the UK’s Brexit, but the obstacle, he wrote, will continue to be the unstoppable development of technology.

On a separate note, Emad El-Din Hussein, editor-in-chief of the private Al-Shorouk newspaper focused on the stalled Grand Ethiopian Renaissance Dam talks between Egypt and Ethiopia, but said there were reasons for hope. Reporting his conversation with a well-informed source that he does not name, Hussein said that as long as the leaders of African countries could find grounds of cooperation even in fields unrelated to the dam, an agreement would eventually be reached between the different parties.