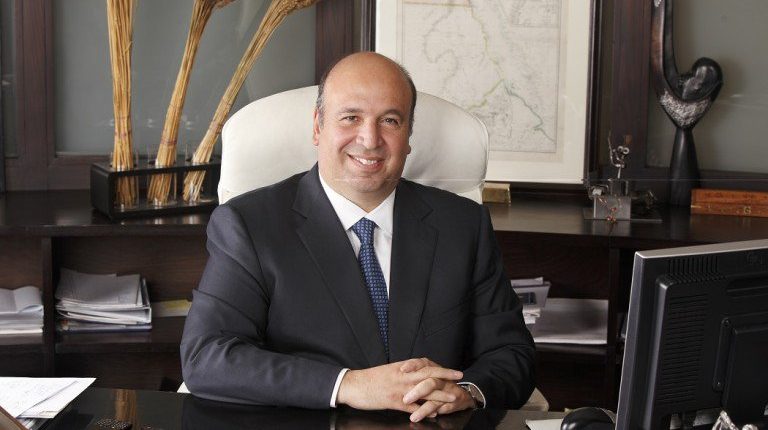 Qalaa Holdings announced today its consolidated financial results for the period ending on 20 June 2018, as the revenues reached EGP 3.1bn in the second quarter (Q2) of 2018, with an annual increase of 39%.

The company has managed to record a net profit of EGP 486.9m in Q2-2018 in light of recording non-cash profits worth EGP 1.3bn during the same period of the restructuring activities. During the first half (H1) of 2018, revenues reached EGP 6.2bn with a 43% annual increase. This resulted in net profits of EGP 300.2m during the same period.

Ahmed Heikal, the founder and chairperson of Qalaa, said that the company has managed to give an outstanding performance during the H2 and H1- 2018 thanks to the ability of its affiliated investments, especially the energy and infrastructure projects, to utilise economic data, and develop the operational performance indicators.

Heikal added that the positive impact of these developments is seen in the financial results achieved by Qalaa in Q2 of this year, as the company saw a noticeable growth accompanied by an increase in the operational profits before deducting taxes, interest rates, depreciation and consumption, with an annual rate of 52% during the same period, along with the company’s success to profit once the management’s gains from restructuring increased, contributing to limiting the negative impact of the increased bank interest expenses in Qalaa, and its subsidiaries.

Qalaa recorded non-cash profits worth EGP 919.6m (after deducting foreign exchange reserves and minority interests) during H2-2018, as a consequence of its exclusion of its operational commitments related to Africa Railways, given that the company expects to record extra non-cash profits worth EGP 1.5bn in the upcoming months (related to a package of loans) once a decision is reached regarding selling or liquidating Africa Railways.

Additionally, the company recorded profits worth EGP 345.4m during Q2-2018. They are profits related to acquisition and restructuring activities.

For his part, Hisham El-Khazindar, co-founder and managing director of Qalaa, said that the financial result of Q2 reflects the company’s effort to enhance and diversify the portfolio of affiliated investments, whose fruits the company started to reap, pointing out the administration’s decision to add the results of the National Company for Printing to the consolidated financial results of the company, given its clear contribution to the revenue growth and the net profit. El-Khazindar added that the administration’s plan to exit non-major projects resulted in not recording any losses from non-recurring operations during the Q2 of this year.

Hekal concluded by saying that Qalaa Holdings has exerted its best efforts to ensure its sustained profitability, which is clearly reflected by the company’s plan to expand the business towards the energy sector, as about EGP 8bn were allocated to fund the expansions of TAQA Arabia, during the three coming years. This includes increasing the number of the affiliated service plants, as well as establishing a solar energy plant in Benban, Aswan, as part of the company’s plan to enter renewable energy projects, in addition to expanding traditional projects, such as electricity generation plants from coal.

Hekal added that Qalaa is undertaking a study to increase its share in the Egyptian Refining Company project, which is 98% complete. The trial operation of the production units is expected to take place by the end of 2018. Additionally, the production capacity of alternative fuel in the Tawazon company will be developed, as the company is planning to purchase equipment, and new machines, to be operated in 2019.