Under the slogan of “slip into European cinema,” the Seville Festival has announced that its 15th edition will take place on 9 November.

For the last 15 years the festival has been described by critics as a “rebellious adolescent” that is eager, and advocating curiosity and its capacity to surprise. Acting as a driving force in the history of European cinema, and organised by the Seville City Council, the festival continues to support new trends, free, diverse films, in constant transformation, and the creation of new audiences.

One of the highlights of this edition will be El Rey, an adaptation of the homonymous production by Teatro del Barrio, with Alberto San Juan in front of and behind the camera, and with Luis Bermejo and Willy Toledo as accomplices in the cast. El Rey is a critical, irreverent look, satirical and disturbing, at the Spain of the last 40 years, centred on the figure of Juan Carlos I, and it promises to be as controversial as previous works by San Juan in the theatre.

El Rey is part of a new section, Permanent Revolutions, which is, a necessary evolution of one of the festival’s signs of identity, resistances. That transformation, which seeks to broaden the dimension of the films presented here and enrich the experience, will mean that the more independent Spanish cinema will share space, 50-50, with equally free and radical European creations. So the new Spanish filmmakers will dialogue with their foreign counterparts, and the festival will promote that fragile, wild new European cinema, which otherwise would remain invisible in Spain. 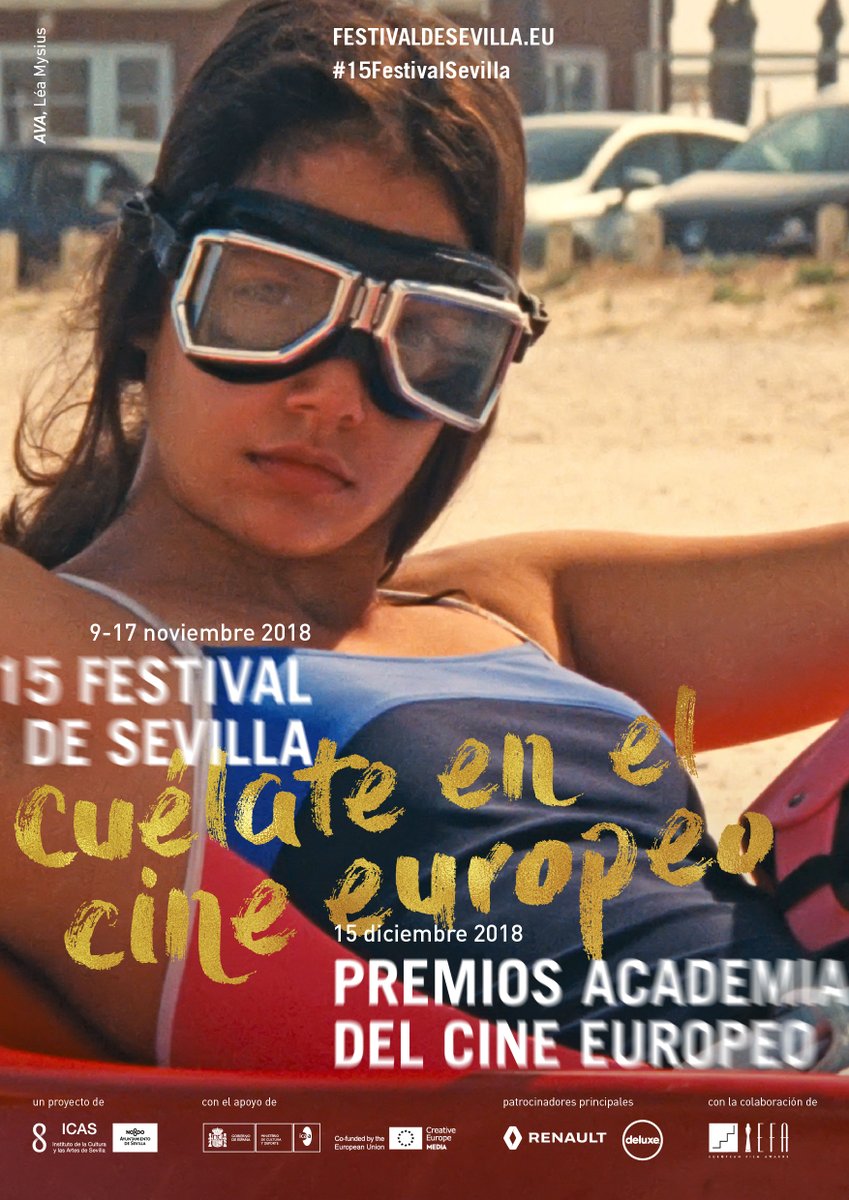 Commitment to reality and to the victims of so very many warring conflicts will find a way of expression in “Morir para contra”, a documentary by Hernán Zin, which will have a special screening in Seville after winning first prize in the Official Documentaries of the World Section at the Montreal International Films Festival. A war reporter, writer, and director of documentaries such as Nacido en Siria (2017) and Nacido en Gaza (2014), Zin gives a voice to those who, like him, risk their lives, their emotional stability and their physical and mental health to tell the truth: the most prestigious war reporters (from Gervasio Sánchez to Carmen Sarmiento, from Ramón Lobo to Javier Espinosa, and many others) talk about the traumas, losses and fears caused by their work, as necessary as it is dangerous.

The new trends in Spanish cinema will also be represented with special screenings of Oscuro y lucientes, by Samuel Alarcón, and of Alegría, tristeza, by Ibon Cormenzana. A documentary about the disappearance of Francisco de Goya’s skull after his body was transferred from France to Spain, the film by Alarcón is almost an essay on the decline of painting with the appearance of photography, using the death of Goya as leitmotif.

Roberto Álamo, Maggie Civantos, Manuela Vellés, Andrés Gertrúdix, and Pedro Casablanc feature in the new film by Ibon Cormenzana. The film, tristeza portrays a fireman who suffers from alexithymia (or the blocking of all emotions, the incapacity to empathise or feel), which he tackles with the help of his daughter. The first Spanish production by Rakuten Cinema, this is a story of personal growth and, above all, of unconditional love.

The new films by the Turkish director Nuri Bilge Ceylan and the French director Christoph Honoré, two filmmakers of undoubted solidity, will shine in the Official Section of the festival. After his acclaimed appearance at Cannes, Ceylan (who already won the Palme d’Or with Winter Sleep and the Grand Jury Prize with Érase una vez en Anatolia) will present in Seville his latest feature film, The Wild Pear Tree: a sensitive and philosophical exploration of the family relationships after the complicated return home of a writer, once he has finished his university studies.

Sorry Angel, the new film by Christophe Honoré, will also arrive after being seen in Cannes. The film is a love story between an idealistic student in his twenties and a writer who is older than him, and is sick with AIDS. Full of musical, film and literary references, Sorry Angel is marked by the generation gap and by the shadow of death. 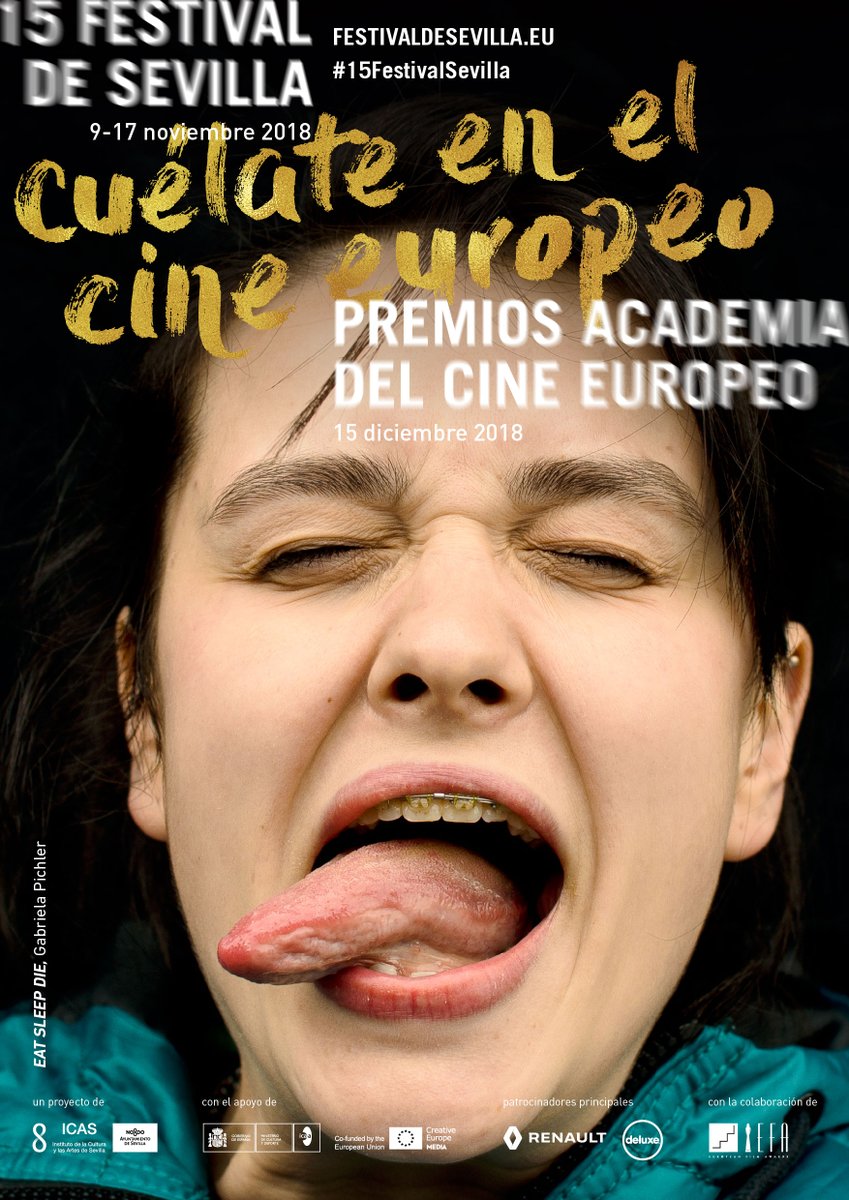 Serguei Dovlatov is an essential name in contemporary Russian narrative. A writer who was banned and finally exiled, who never bowed down to the demands of the iron communist system. Aleksey German Jr captures, in Dovlatov, the vicissitudes of the writer during six days in the Leningrad of 1971. Milan Maric play the protagonist, who navigates between his family problems with his ex-wife and his daughter, and with his conflictive rebellion against the strict guidelines set down by the Soviet State, in a film that shares the irony of the novelist’s texts. Dovlatov will be part of the Official Section after winning the Silver Bear for Artistic Contribution at the last Berlin Festival.

Always open to the impact of formats of every kind, this year the festival will devote unusual and special attention to the various trends in animation produced in Europe, with a handful of very eye catching titles. Painter, sculptor, and multidisciplinary artist, the Hungarian Milorad Krstic makes the jump to feature films at the age of 66, two decades after winning at the Berlin Festival with his short film My Baby Left Me (1995). Krstic goes for fast paced action with multiple references to the world of art: Krstic will compete in the Official Section with Ruben Brandt, Collector, or the adventure of a psychotherapist who, along with a handful of patients, forms a gang of art thieves.

In New Waves, two films with the Palestinian conflict as the background will maintain an unexpected dialogues: the Italian-French Samouni Road, by Stefano Savona, melds real images with the scratchboard technique in an unusual, heart-rending, striking proposal that takes us to the Gaza Strip with the portrait of a family marked by tragedy. The Tower, by the Norwegian director Mats Grorud, also offers a family group, in this case confined for several generations to a Palestinian refugee camp in Lebanon. Animation at the service of a humanist, emotionally intense story.

In New Waves-Nonfiction, Chris the Swiss, by Swiss director Anja Kofmel, shows that animation mixes perfectly with documentary: creative and firm, the film is an intimate exercise in memory by the director, marked by the death of her cousin in the war in the Balkans. He is the Chris of the title, a journalist who died in mysterious circumstances at the height of the war, and it’s his trail that Kofmel follows, mingling archive images, interviews and forceful black and white animation.

The four films will also be included in the Filmlovers of the Future Section, as well as Denis Do’s feature film Funan, which comes to the festival after winning at Annecy. The debut behind the camera of Do, this co-production between France, Belgium, and Luxembourg delves into another traumatic story marked by violence: in this case, that of the genocide in Cambodia. Political animation based on reality, inspired by the experiences of Do’s mother, a victim of the terror of the Khmer Rouge. 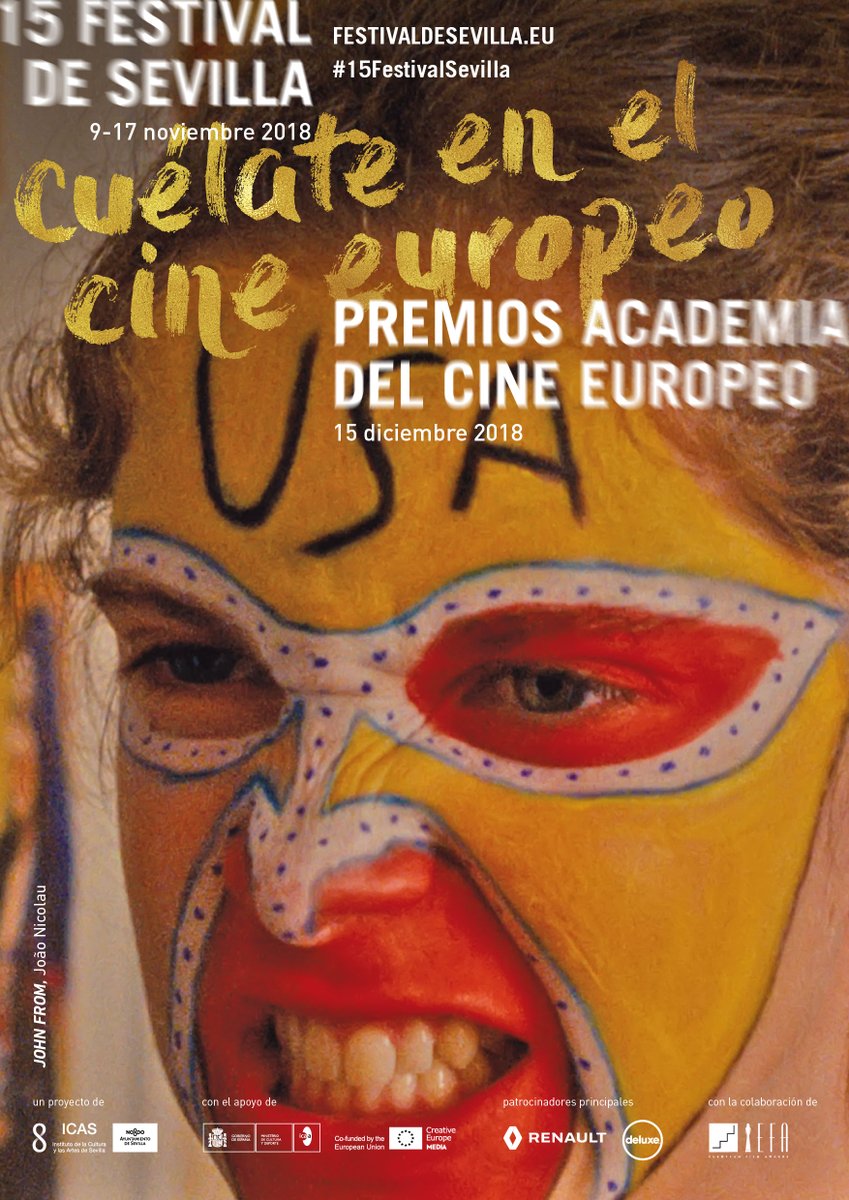 The festival will share radical female looks, such as those of the Romanain Adina Pintilie and the Finnish Anna Eriksson. The former, co-founder of the Bucharest Experimental Film Festival, surprisingly won the Golden Bear in Belin with Touch Me Not, an unusual, unreserved exploration of intimacy and sexuality, that plays with the limits of reality and fiction, through the journey of a woman who is struggling against her traumas using unconventional methods. Bodies far removed from what is ‘normal’, minds trapped in their desires and fears, and the director herself dealing with her intimacy in front of the camera, form part of a trajectory as uncomfortable as it is fascinating. It will be in our Official Section. Sex is also a vehicle in the first film by Anna Eriksson, who has previously had a long, successful musical career. She also participated in the processes of wardrobe, set decoration and sound for the film.

In 2014, the Seville Festival welcomed Pas a Genève (2014), a film with echoes of the 15M movement and its spirit and it was directed by lacasinegra (film professionals), a collective for whom the audio-visual is a key that opens a thousand doors. María Antón was part of that restless group of filmmakers and artists, and now she returns alone with a documentary which in the style of Comizi d amore by Pier Paolo Pasolini, offers a panorama of the view of new generations about subjects such as romantic love, sexual identity or fidelity. With her camera and using the power of conversation, Antón approaches adolescents and young people, listens to them and offers tools for reflection. The film will be shown in the Permanent Revolutions section.

Roy Andersson and meaning of life

Winner of the Golden Lion at the Venice Festival and of the EFA Award for Best Comedy, Una paloma se posó sobre una rama a reflexionar sobre la existencia (2015) rounded off, with its frozen laughs, the extravagant Trilogy of Life by the Swedish director Roy Andersson. A filmmaker with a long career, interrupted during periods dedicated to advertising, Andersson will be the subject of a tribute at the Festival Sevilla, with the screening of his six feature films: the first three, Lördagen den 5.10 (1969), Una historia de amor sueca (1970) and Giliap (1975), and the above mentioned trilogy which is completed by Canciones del segundo piso (2000) and La comedia de la vida (2007). The Festival will also show two of his short films, To Fetch a Bike (1968) and World of Glory (1992), offering a complete panorama of the formally daring work by Roy Andersson, a reflection on the human condition, usually drawn with a sense of humour that is far from conventional.

The 15th edition of the Seville European Film Festival will continue to support education, innovation, and new trends. According to the festival’s website, it “will again be the meeting place for directors and creators from the European continent and a curious public, ready to enjoy a film lover’s adventure in which there is room for everything.”

Flamenco Republic to stage a takeover of Egypt's dance scene