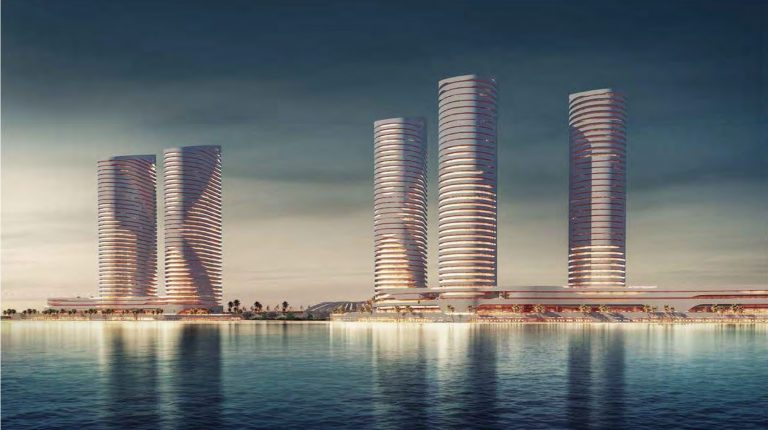 El Kady said that the company is currently marketing another 10 new skyscrapers in their North Edge Towers project. The project will exhibit during Cityscape Global—the world’s largest networking exhibition and conference on property development—which will be held in Dubai this week.

A unified booklet on Egypt will be distributed at the exhibition, which will present various real estate projects being implemented in Egypt, he pointed out. The aim of the participation is not only to sell, but also to market Egypt, and the local real estate market, as an attractive destination for foreign clients.

He stressed on the importance of steps taken by the government to support the export of real estate [selling real estate properties to foreigners and Egyptian expats in dollar] through granting residence for foreigners who purchase property.

The company is also considering to be participate in several foreign exhibitions, such as in Saudi Arabia, Kuwait, and perhaps the United Kingdom, he elaborated.

El Kady demanded the establishment of an official entity responsible for exporting property overseas, similar to the Egyptian Tourism Authority, through which coordination with all authorities responsible for this file can enable, support, and enhance property export to promote national economy.

Regarding the operation of the North Edge Towers project, he said that about 80% of the skyscrapers’ foundations have been finalised, as the New Urban Communities Authority wants to speed up the execution of the project.

Additionally, he said that the company will also showcase the first two towers of the Al Zahya project in New Mansoura City during the Cityscape Global exhibition in Cairo, and Mansoura.

“During the Cityscape Global exhibition, the company will offer some of its units from its Baroque project in the New Administrative Capital, with spaces of 130-230 sqm. We will also offer foreign clients payment facilitates to encourage property export,” he asserted.

“With regard to Etapa project, the company has marketed 130 units, achieving EGP 750m in sales, and it aims to reach total sales of EGP 1bn by the year-end,” according to El Kady and he added that, “construction work on the site has started with a total investment of EGP 3.5bn.”

The Etapa project, an integrated smart residential compound allocates 86% of its area towards greenery and open spaces, while the remaining 14% is dedicated to the establishment of 493 units, is located on an area of 77 feddan, he explained further.

City Edge Developments is a partnership between the New Urban Communities Authority with 60%, the Housing and Development Bank with 38%, and the Holding Company for Investment and Development with 2%, is investing a total of EGP 1.3bn in the development of premium housing, and mixed-used projects.

He revealed that his company has acquired a new area of 76 feddan in Sheikh Zayed, and on which company plans to implement an integrated residential project, including 10% of the project’s size for non-residential activities.

Furthermore, the project will be offered to consultancy offices for its designs, he continued.

“The company aims to obtain an area of not less than 200 feddan in the Fifth Settlement, New Cairo, and it is expected to be obtained in the first quarter of next year,” revealed El Kady.

UEFA evaluation puts Germany ahead of Turkey for Euro 2024