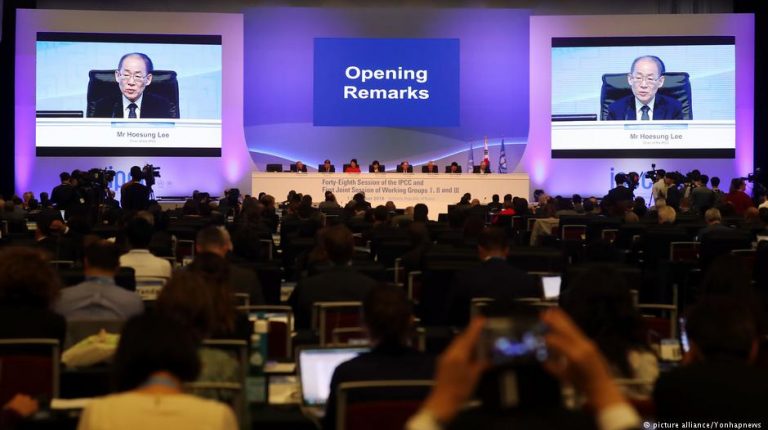 “Governments have asked the IPCC for an assessment of warming of 1.5 Celsius, its impacts and related emissions pathways, to help them address climate change,” IPCC Chair Hoesung Lee said, adding that the report provides “a strong, robust and clear” way forward for policymakers globally.

In an opening speech, the South Korean Chair, who is an expert on the economics of climate change, said the heat waves, wildfires and heavy rainfall experienced globally in recent months underline scientists’ warnings about extreme weather caused by climate change.

The final draft of the report contains over 6,000 cited peer-reviewed studies, while expert reviews of the second draft attracted almost 25,000 comments from experts and officials from 71 countries.

With a 1.5 degree temperature rise already enough to sow climate chaos, drafts of the report have confirmed the need to cap a global temperature rise at “well-below” 2 degrees, as mandated by the landmark Paris deal.

“I don’t know how you can possibly read this and find it anything other than wildly alarming,” Peter Frumhoff, director of science and policy at the Union of Concerned Scientists, a Washington-based research and advocacy group, told AFP about the draft.

Nonetheless, the IPCC warned in January that meeting the 1.5 degree goal was “extremely unlikely.”

One report author warned that major fossil fuel producers such as Saudi Arabia have “threatened to be obstructionist.”

But the fact that this the first IPCC report to be considered by the Trump administration — which pulled the US from the Paris Agreement in 2017 — is also a “a real wild card,” Michael Oppenheimer, a professor of geosciences and international affairs at Princeton University and IPCC author, told AFP.

“Never in the history of the IPCC has there been a report that is so politically charged,” said Henri Waisman, a senior researcher at the Institute for Sustainable Development and International Relations, and one of the report’s 86 authors.

Indeed, the Trump administration cut all funding to the IPCC in August 2017, despite the US long being a key supporter of the climate change body that won a share of the 2007 Nobel Peace Prize alongside veteran US climate campaigner Al Gore.

The IPCC will release the summary for policymakers of its 1.5 degree Celsius report at a press conference on October 8. The report will be available for the next UN climate summit, which takes place in December in Katowice, Poland.