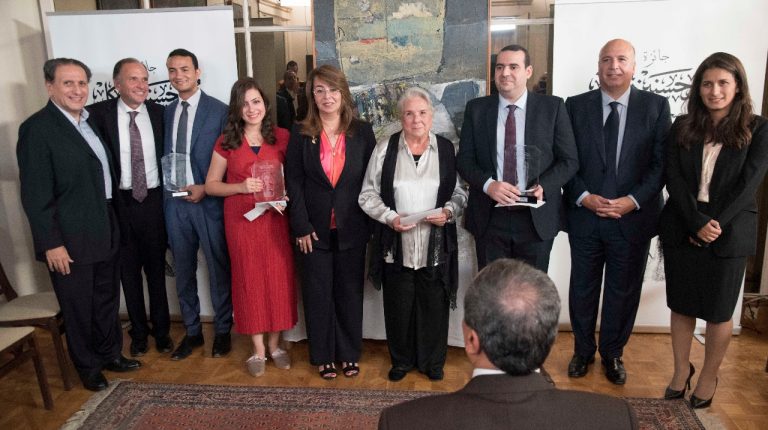 The foundation’s prizes this year went to three journalists, Ahmed El-Derini, Marina Milad, and Mohamed Khayal, in recognition of their outstanding work during the course of 2017. The monetary prizes awarded to the journalists are worth EGP 200,000 each.

The awards ceremony was attended by a number of prominent public figures, distinguished members of the media, and Minister of Social Solidarity, Ghada Wali.

“This celebration is about the core of Heikal’s true belief that we must look to the future without forgetting the important lessons of the past. It is up to these talented young journalists to understand the past and take us to a better future,” said Hedayat Taymour, chaiperson of the Board of Trustees of the Heikal Foundation.

The Mohamed Hassanein Heikal Foundation for Arab Journalism was established in 2007 with a mandate to help young Arab journalists gain exposure to the latest trends on the international media scene, and provide technical support and training for journalists by engaging in dialogue and the exchange of ideas between media professionals in the region and abroad.

Heikal’s heritage: A message to our politicians