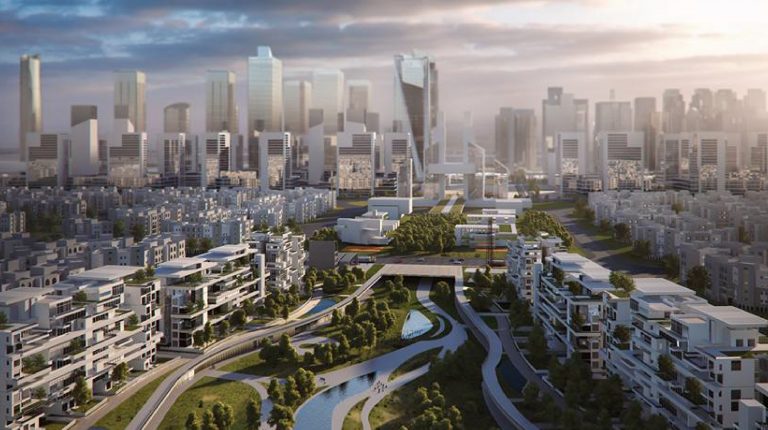 Egypt recently launched over 20 new city projects where their target population is actually much higher than Egypt’s total population increase, according to chairperson of the Presidential Advisory Council for Economic Development at the Egyptian Centre for Economic Studies, Abla Abdel Latif.

Abdel Latif said that this expansion is not essential, adding that Egypt’s resources are limited, therefore launching such similar expensive projects taxes the country’s resources.

Acting Minister of Housing, Utilities and Urban Communities Mostafa Madbouly said that the ministry, represented by the New Urban Communities Authority, is currently building 20 new cities from the fourth-generation cities, with a total area of 580,000 feddan.

Hisham Shokry, chairperson of Rooya Group for Real Estate Investment, said that Egyptians live on only 7% of Egypt’s land, and that the state’s strategic plan aims that by 2050 there should be about 5% more urban areas added to resolve the population density on the 7% of the land area. “This means we need about 400,000 feddan to be urbanised annually,” he added.

Elite Real Estate Consultancy Managing Director Ali Gaber agreed with Shokry that Egypt needs to expand its urban size, and the urbanisation of such new cities will boost more local and foreign investments in both the construction and real estate sectors.

Gaber added that expanding in the desert is more than just leaving these lands without urbanisation, noting that Cairo’s density has become a nightmare, and it is supposed to find new areas to absorb such a population density.

He also foresees an increase in demand for the new communities, as these projects are implemented by the Ministry of Housing and supported by the government, such as the New Capital, New Damietta City, Mount Galala, and New Alamein.

Ahmed Selim, chairperson of Brickzey Property Management, praised the government’s tendency to develop new cities for Egyptians to improve the country’s economic growth, and reduce the size of informal areas, in line with improving the infrastructure of existing and long-established cities, which is an integrated ambitious plan leading to a comprehensive development.

Selim clarified that the multiplicity of new offerings during the current year raises competition between real estate companies.

He pointed out that there are several new city projects, which will lead the development of Egypt, especially in the coming period, such as the New Administrative Capital and New Alamein.

“New Alamein represents a qualitative leap in the development strategy projects and in the North Coast, employing the land in an integrated way, instead of the resorts spread along the coast, which are being visited only two months a year, despite the huge amounts spent on the facilities by the state, as well as the investments pumped by the developers,” Selim noted.