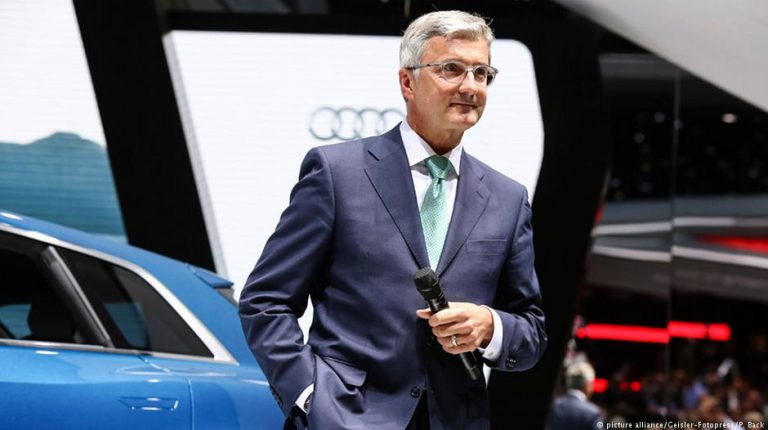 German carmaker Volkswagen has said suspended Audi Chief Executive Rupert Stadler is leaving the company. The decision came as a probe continued into whether he falsified documents on emissions-cheating software.Europe’s largest carmaker announced Tuesday it was removing Audi chief Rupert Stadler from his post as CEO and the board of the Volkswagen Group. The head of subsidiary brand Audi was arrested in an emissions fraud probe in June.

“The supervisory boards of Volkswagen and Audi agreed a deal with Rupert Stadler to end his offices and his contracts,” the company said in a statement.

Stadler was jailed a week after Munich police raided his home over charges of fraud and falsifying documents that allowed diesel vehicles equipped with special software to manipulate regulatory emissions tests in the lab.

At the time, prosecutors said the custody was aimed at stopping Stadler from “seeking to influence witnesses or other suspects” in the investigation.

Volkswagen has yet to name an official successor to Stadler at the helm of its high-end brand, after naming Dutch executive Bram Schot as interim boss.

Remaining claims relating to the time left to run on his contracts would be paid out only if Stadler escaped conviction, DPA added.