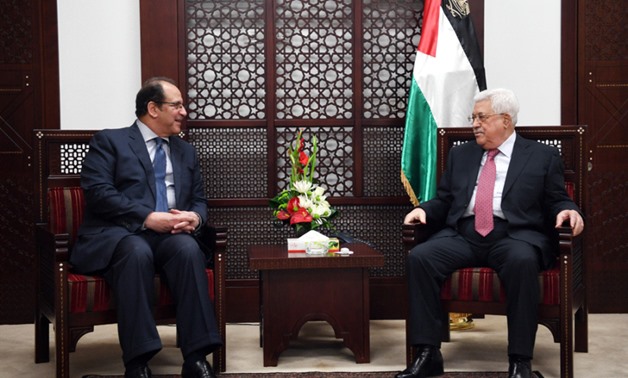 A Hamas delegation left the Gaza Strip through the Rafah crossing to the Egyptian side on Saturday, the information office at the border said on Saturday in a statement.

While sources from Gaza said that the delegation included members from the political bureau of Hamas, including Khalil Al-Haya, Rohi Mushtahe, and Nizar Awadallah, in addition to Taher El-Nunu. The delegation is headed by Deputy Hamas Chief Saleh al-Arouri.

The visit comes as part of Egypt’s continuous efforts to contain the disputes between Hamas and Fatah.

The meeting on Monday took place at the headquarters of Egypt’s General Intelligence Service. 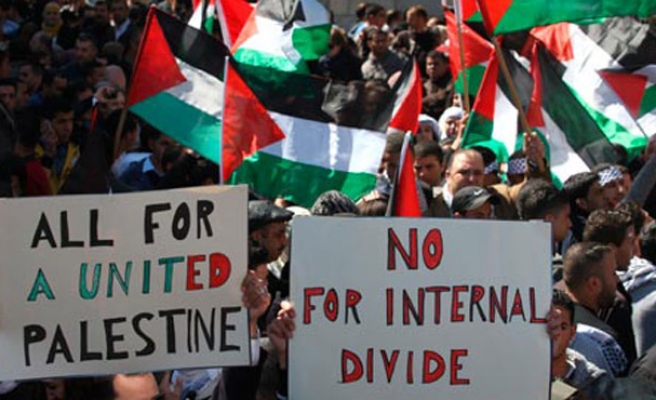 On 23 September, Hamas spokesperson, Sami Abu Zuhri, said in Gaza that a delegation would soon visit Cairo at the invitation of the Egyptian side to complete talks with the Egyptian intelligence service in the framework of bilateral relations and the Palestinian files.

The movement said in a statement that the Egyptian delegation met with the head of its political bureau, Ismail Haniyeh, in Gaza City.

On the other hand, a delegation of the Fatah movement headed by a member of the central committee of the movement, Azzam Al-Ahmad, concluded its three-day visit to Cairo on 19 September, during which the delegation discussed with the Egyptian intelligence the means to complete the Palestinian reconciliation.

The shuttle visits came during a time of escalating friction between both movements, with fears of an explosion of the situation in the Gaza Strip.

“If Hamas continues to refuse to abide by the reconciliation agreement, we will not take responsibility for anything from now on,” Palestinian President Mahmoud Abbas said last Thursday during his address to the UN General Assembly and Hamas.

During his speech, Abbas said that within days there will be a final round of talks of Palestinian reconciliation.

“We want only one legitimate weapon in the Gaza Strip, and we do not want militias, but Hamas refuses, and that is why reconciliation is broken.”

Hamas said in response that describing the resistance from the UN platform was a “militia and terror” and rejecting its right to bear arms is a stab in the people’s side, history, resistance, and martyrs, as well as a free gift to the occupation. 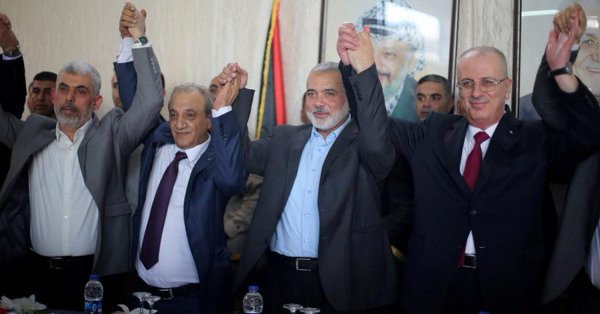 Moreover, the movement said in the statement that its use of this platform to declare secession from the Gaza Strip and threaten its people and its residents with further sanctions constitutes a danger to the Palestinian national fabric and the future of reconciliation, a threat that is inconsistent with the Egyptian efforts to restore unity.

He added that continuing the course of negotiations with the Israeli side is “an attempt to undermine the right of return by attacking The United Nations Relief and Works Agency for Palestine Refugees in the Near East. All this is happening, and security coordination between the Palestinian Authority (PA) and Israel is still ongoing. The resistance in the West Bank is constrained, and the people are restricted in expressing their rejection of Judaisation, and illegal settlements, even in a peaceful manner.”

Egypt brokered and concluded the reconciliation deal between Fatah and Hamas on 12 October 2017, after a series of meetings in Cairo. Former Head of the Egyptian General Intelligence Khaled Fawzy headed to Gaza where he met with Hamas and PA officials and delivered a message from President Abdel Fattah Al-Sisi while attending the PA’s first cabinet meeting there earlier in October.

The Rafah border crossing administration has been transferred to the Palestinian National Authority since November 2017, according to an agreement between the authority and Hamas, which rules the Gaza Strip. In June 2007, Hamas threw out its rivals from Fatah, the nationalist faction that runs the Palestine Liberation Organisation (PLO), after winning the 2006 Palestinian general elections.

The Egyptian side had closed the Rafah border crossing due to security concerns in the Sinai Peninsula since July 2013, but it has occasionally re-opened the crossing to allow Palestinians to travel to and from Gaza, especially for medical purposes. Egyptian authorities had launched a campaign to destroy illegal underground tunnels, which played a vital role in supplying Gaza residents with food, medicine, fuel, and building materials.

A state of emergency has been imposed in North Sinai, along with curfew hours in the cities of Rafah, and Al-Arish, following a terrorist attack that took place in 2014.

Since then Hamas’s leaders have vocally cowed to cooperate with Egypt’s national security, and relations, with some voices calling upon the movement to refer all members to the prosecution to prove their alleged innocence in assaults, or conspiracies, against Egypt in order to progress in bilateral relations.

In 2016, the Interior Ministry accused Hamas of training suspects who were arrested on suspicion of involvement in the assassination of former Prosecutor General Hisham Barakat. According to the case, the suspects, who are alleged members of the outlawed Muslim Brotherhood, received military training by elements from the Gaza-based Hamas organisation, which infiltrated national borders.

Since the ouster of former president Mohamed Morsi, Egyptian relations with Hamas have deteriorated, as Egypt repeatedly accused the group of interfering in its internal affairs and supporting Islamist insurgents in Sinai. Morsi stood trial on charges of espionage for Hamas, and received a life sentence in the case.

Hamas rejects this and does not like Abbas in charge, alone, with Palestinian decisions, and believes that decisions must be taken by participation, as part of Palestinian legitimacy.

Hamas wants reconciliation efforts to include both the Gaza Strip and the West Bank, in order to regain its presence and activity in the West Bank, and to participate in its governing, along with Fatah, and the Palestinian Authority.

Fatah views the implementation of reconciliation is only applicable to the Gaza Strip, and that it should not include any Hamas activities in the West Bank.

Fatah wants to take full control of the government in the Gaza Strip, without Hamas having any role in the management of the sector.

Hamas wants to be part and partner of the Palestinian administration, in the sense that it maintains what it sees as achievements over the past years.

Hamas appointed some 40,000 employees after taking over the Gaza Strip in 2007.

Fatah refuses to integrate them into the administrative body, or at least taking that into consideration, which Hamas views as a hindrance towards reconciliation efforts.

Hamas believes it is necessary that the movement should play a similar role to that of the Fatah movement in the PLO, and to be a participant in the Palestinian national decision, and to have an influential role.

Hamas wants to halt any security cooperation between Palestinian and Israeli sides, and to sever any agreements with the Israeli occupation.

Fatah wants security forces to maintain their commitment to security coordination, and abide by all security agreements signed with the Israeli side.

Hamas wants the Palestinian factions to retain their weapons and have the freedom to use them.

Fatah sees the inevitability of disarming factions, and the need for Palestinian arms to unify and become subjects of the Palestinian Authority.

Egypt to reduce number of administrative employees by 38% within 10 years: Madbouly