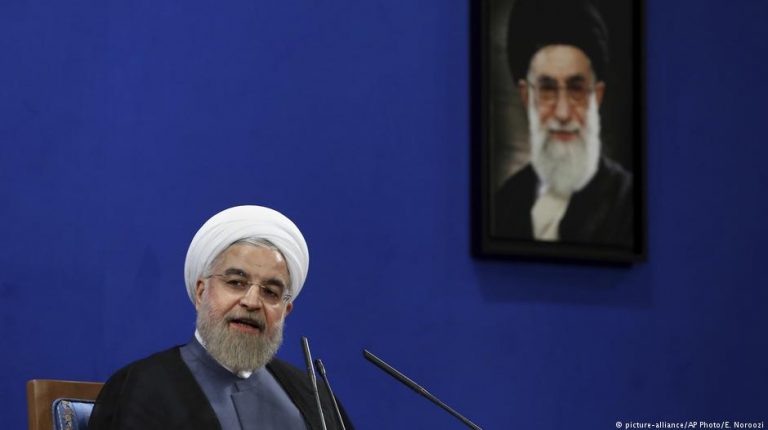 As sanctions fears kick in, Tehran has unveiled plans to roll out new Islamic financial products to boost funding for domestic firms. But Iran is split on whether international or domestic financing is the way to go.Iran’s capital market regulator, the Securities and Exchange Organization (SEO), said Tuesday it has started work on a new structure for domestic Islamic financing it believes will stimulate capital market activity. The regulations could be ready in six to nine months, the SEO said.

This apparent shift towards a more insular approach to domestic financing comes weeks after the emergence of a power struggle within Iran’s ruling elites over how best to respond to US sanctions.

One option floated is to rejoin an international regulatory regime and keep external sources of funding open, despite US disapproval, while the other is a deepening of the supreme leader Ayatollah Ali Khamenei’s idea of a “resistance economy.”

Sukuk: This form of Islamic financing would use an agency format known as wakala. “This will be a new financing instrument for companies,” Majid Pireh, senior Islamic finance expert at the SEO, told news agency Reuters. Wakala sukuk pay a variable interest rate, giving it equity-like features compared with other sukuk in Iran, which pay fixed rates.
Warrants: The SEO plans to introduce warrants. These are contracts giving the option to buy underlying shares at a later date. Warrants could make bonds and equities more appealing to investors.
Bonds: There are proposals to develop sukuk that are convertible into equity and lengthen the maturites of sukuk to 10 or 20 years.
Market insurance: The SEO is considering whether to introduce insurance-linked securities so domestic insurers can off-load some portfolio risk in capital markets. They could act as an alternative to reinsurance cover, because Tehran is shut out of global reinsurance markets such as Lloyd’s of London.
Crowdfunding: In August, the SEO published rules for crowdfunding, which allow start-ups to collect small sums of money from many individuals as an alternative to bank loans.

The Tehran Stock Exchange has hit historic highs in recent weeks, while the central bank has said it is considering raising interest rates to absorb some of over $350 billion (€300 billion) floating around the economy.

As the Iranian currency, the rial, plunges against the US dollar, many Iranians have also converted their currency into safe-haven assets such as dollars and euros, gold and property.

Over 157 trillion rials ($3.76 billion or €3.37 billion) worth of Islamic sukuk have been issued in the Iranian capital market, according to Gholamreza Abutorabi, CEO of the Capital Market Central Asset Management Company. According to the CEO, 30 kinds of active sukuk worth 147 trillion rials are currently being traded.

“Debt securities have a value of around 10 percent of total tradeable securities, hence there is yet a lot of room for growth,” Payam Afzali of Kian Capital Management in Tehran told DW. “Usually it takes a long time to go through the process from the jurisprudence committee to the trading floor, we would like to see this process expedited with these newly added instruments and for them to contribute to the depth of the market.”

Data from the Union of Arab Banks shows that 10 countries account for 95 percent of the world’s Sharia-compliant assets, with Iran holding 30 percent, followed by Saudi Arabia (24 percent).

“But sukuk ought to be a major government debt-financing instrument,” Mushtak Parker, an independent London-based economist and writer, says, adding that the global Islamic finance industry is Sunni dominated.

He says Iran, which is predominantly Shia, has shied away from adopting certain elements of Islamic financing popular in its Sunni-dominated rival, Saudi Arabia.

The more liberal wing of the regime, in the form of President Hassan Rouhani, wants Iran to reform its financial systems and comply with the Financial Action Task Force (FATF), the Paris-based agency setting global standards..

This is supported by European governments, which want to create a financing facility for projects in Iran and are planning to create a “special purpose” financial company to avoid Trump’s sanctions and help Iran to continue to sell oil in the EU.

Britain, Germany and France — along with the remaining signatories with Iran to the nuclear deal, China and Russia — argue that supporting Iran’s economy is the best way to boost political moderates represented by Rouhani.

Access to external financing was a key part of the sanctions relief promised in return for Iran’s implementation of the Joint Comprehensive Plan of Action (JCPOA) nuclear deal. But this also involves rejoining the FATF.

The FATF suspended Iran in June 2016, saying it had to take steps to be in line with international standards on money laundering and counter-terrorist funding. The body’s rotating presidency is held by the US, confusing the issue further.

In June, the FATF said it was “disappointed with Iran’s failure to implement its action plan” to address deficiencies in rules. It gave Tehran until October — when FATF next meets — to take steps, including ratifying two UN treaties.

The supreme leader Ayatollah Ali Khamenei has promoted the idea of a “resistance economy” that reduces Tehran’s reliance on foreign trade to promote domestic production and has said it is not essential for Iran to join conventions.

They are both supported by hardline forces, based in the elite Revolutionary Guards, judiciary and senior clergy, which believe bodies such as FATF would use their rules to control Iran’s domestic financial system.