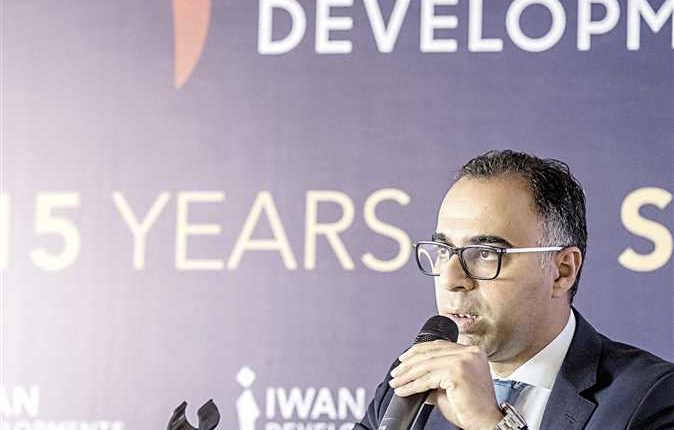 IWAN Developments finalised the marketing campaign of its Atrio project, according to chief executive officer (CEO) of the company Waleed Mokhtar.

The CEO said that the project is spread across 19 feddan, and is comprised of approximately 120 units, representing 18% of the total land area, while the rest of the space has been transformed into green territory, landscape, and water features. Atrio encompasses an array of town houses, impeccably designed twin houses, and spacious standalone-villas.

In July, the company acquired two plots of land, in partnership with the New Urban Communities Authority (NUCA). The first was an extension to Sheikh Zayed, in the Sixth of October City on 1,000 feddan, and the second was on 104 feddan in the Fifth Settlement, New Cairo City.

Mokhtar said that the company is awaiting the completion of contractual arrangements with the NUCA, noting that these land plots are earmarked for residential activities.

“We move quickly to complete those procedures because the goal of the partnership is speed in development,” Mokhtar pointed out adding, “furthermore, we are still searching for new lands in the North Coast, which takes time to ensure the legal integrity of land ownership.”

In addition, the company is following up on the development process in New El Alamein and New Mansoura, in order to choose the right time to launch the company’s business there, he explained.

“Offering the company on the Egyptian Exchange is within our plan, but it will not be soon, because first we need internal amendments to the company, such as increasing the land portfolio, as well as choosing the appropriate time to offer,” said Mokhtar.

He did not expect further and incremental price increases in the real estate market during the coming period, but it will be a gradual increase, pointing out, “and we are optimistic about the market for the coming period.”

The New Administrative Capital is a very good project, and the state is implementing it quickly, and the government always fulfils its obligations, he added.

Regarding the low cement prices, he explained that the decrease or increase is not the crisis, but rather the crisis is in the price instability in such a product.