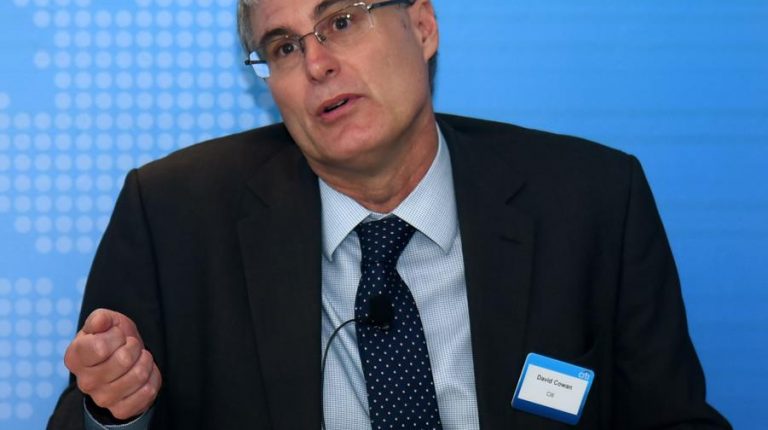 Dubai- Egypt is on the right track, according to David Cowan, Africa economist at Citigroup. “After around five years of an economic slowdown in Egypt, the economic indicators started to rise up”, he told Daily News Egypt in an interview on the side-lines of the summit.

He explained that not only Egypt is on the real path of growth, but the Middle East region in general, and that is the result of the economic and political stability.

According to Cowan, in 2016, Africa had registered the lowest growth rate since 1994. The growth rate was 1.4%, compared to an average annual growth rate of 5.6% from 2005 to 2014, and that was because of the lower than average conditions in the three big economies of Africa: Egypt, Nigeria, and South Africa.

“When it comes to Egypt, the crisis is different,” Cowan said. It wasn’t due to an oil crisis as in other parts of Africa, but it was the result of a political crisis.

The African economist of Citigroup explained that the Egyptian government needs to consider different ways to raise revenues, minimise spending outside its budget, and attract more investment. “And that’s was the way out of recession,” Cowan stated.

He praised the decision to free float the Egyptian pound, which led to the reduction of the country’s export bill, the trade balance gap, and most importantly encouraged investors to pour in their money again into the Egyptian market. “The currency flotation decision was quite important for Egypt, but on the other side of the picture, the inflation that reached around 35% in 2017 was dangerous, but the policies of Central Bank of Egypt (CBE) succeeded to curb the inflation in 2018, yet it still has to work on this issue”, he explained.

He explained that Egypt’s external debt is not dangerous on its own, but what’s important is having the right balance between external and domestic debt.

One of the things that the government is very keen on doing is to reduce domestic debt to an acceptable level, in order to decrease inflation. He advised that this should be one of the policies that get considerable focus from the government. “Before issuing 5-year bonds, or 10-year bonds, Egypt has to get the inflation rate down under 10%,” he said.

Notably, Egypt adopted its economic reform programme in November 2016, which included the currency flotation, and the gradual removal of the subsidies. Egypt decided, on 3 November 2016, to float the Egyptian pound, and to reduce fuel subsidies, to secure an International Monetary Fund (IMF) loan.

These measures were important, but the market saw a hike in prices. Inflation and debt reached a high level. The Egyptian government and the CBE had taken some measures to control the soaring figures. The external debt is high, but the government has also begun work on it, depending on T-bills, not long-term debts.

“I do not think that reforming a country is an easy thing,” he asserted.

He continued that what’s more important is that what is happening in terms of the currency adjustments and the political problems, was a major breakthrough—referring to the permanent changes that Egypt adopted.

In that term, he noted too that it witnessed short-term adjustments, pointing out that people are complaining from the increased electricity bills.

“Now, for example, people say that they don’t leave their homes without making sure the air-conditioner is turned off, as well as the lights, which means that the behaviour of people themselves is changing, then hopefully that reforms in the power sector, in the same way, could encourage an increase in Egypt’s investments,” Cowan concluded.