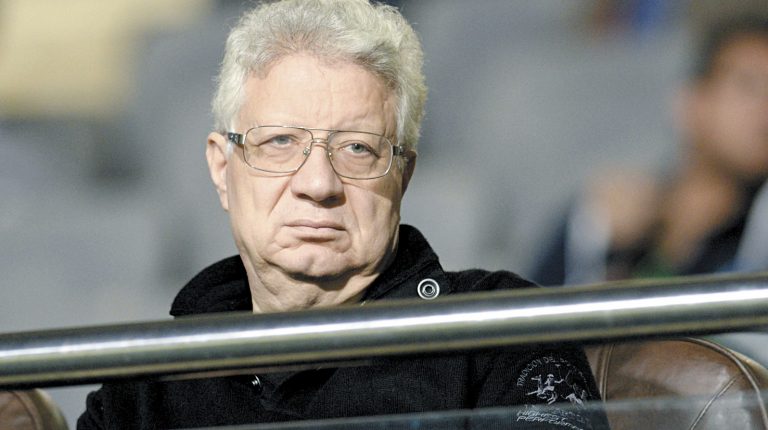 In a statement on Tuesday, the council cited ‘violations’ and ‘insults’ have been reported during Mansour’s recent two appearances on Pyramids TV channel.

The council explained that the reported ‘flagrant violations’ went against freedom of speech, media ethics codes, and social standards, as it insults football fans ,and specific people.

Additionally, the council suspended the broadcasting of Medhat Shalaby’s TV show, the one which hosted Mansour on Pyramids TV channel, for 15 days, and issued a full suspension warning for the channel if violations continue.

However, the statement has not specified Mansour’s banning period.

The move came after the council announced it would take proper measures to deal with the ‘violations’ that took place in stadiums and on television in recent days.

Shortly after videos featured fans circulated on social media, Al-Sheikh announced that he is considering withdrawing from investing in sports in Egypt. “Why all this headache?” he posted on Facebook.

Mansour made two appearances with Shalaby and defended Al-Sheikh and criticised Al Ahly SC board council over their recent issue. Moreover, he harshly attacked Al Ahly SC fans, accusing them of “inciting strife” and ‘killing their colleagues’ during the February stadium riot at a game in Port Said between local club Al-Masry and Al Ahly in 2012, which resulted in the death of 72 Al Ahly supporters.

Earlier this week, the Confederation of African Football (CAF) decided to sanction Al Ahly SC over ‘offensive behaviour’ from their fans during the match, and fined them $20,000.

Moreover, CAF banned Mansour from performing any kind of football-related activity (administrative, sports, or any other) for one year, and fined him $40,000 over his recent comments against the CAF President Ahmad Ahmad, and General Secretary Amr Fahmy. However, the decision was appealed by Mansour.

Recently, the Committee called on the parliament to lift Mansour’s immunity—the lawyer and parliament member— subsequently he could face the required legal proceedings regarding the recent events.