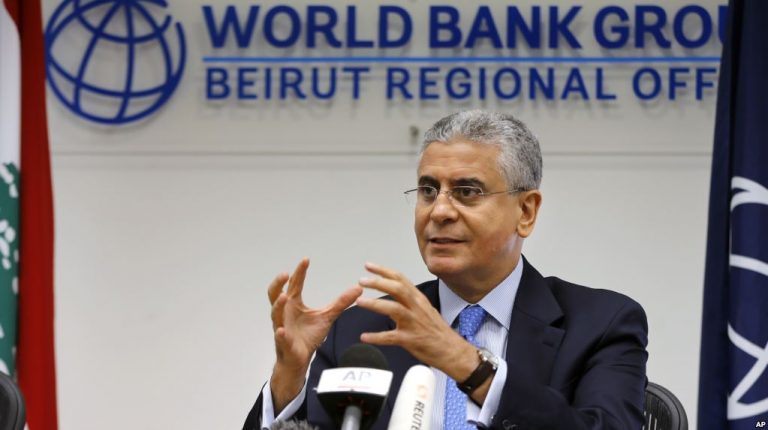 The World Bank (WB) expected that Egypt’s growth rate will reach 5.8% in 2020, driven by the country’s reform programme, including the floatation of the exchange rate, cutting energy subsidies, and expanding social protection, according to bank’s bi-annual Middle East and North Africa (MENA) Economic Monitor on Wednesday.

The report noted that reforms in the region have led to cumulative savings of nearly $180bn, mostly in oil exporting countries, providing governments with additional financial space to continue economic reforms.

Growth in the MENA region is projected to rebound to an average of 2% in 2018, up from an average 1.4% in 2017, according to the report. The modest rebound in growth is driven mostly by the recent rise in oil prices, which has benefitted the region’s oil exporters, while putting pressure on the budgets of oil importers.

The rebound also reflects the impact of modest reforms and stabilisation efforts undertaken in some countries in the region, noted the report, adding that the slow pace of growth will not generate enough jobs for the region’s large youth population, and new drivers of growth are needed to reach the level of job creation required.

In its economic outlook, the report forecasts that regional growth will continue to improve modestly, to an average of 2.8% by the end of 2020, noting that the ongoing risk that instability in the region could worsen and dampen growth, but the region’s oil exporters are expected to benefit from oil prices and demand which will remain high.

Domestic reforms to increase revenues and contain public spending, such as in Saudi Arabia, will also contribute to growth in oil exporters, said the report, noting that the region’s oil importers are expected to benefit from reforms to manage public expenditures, rising trade with Europe and China, and financial inflows from MENA oil exporters.

Broader and bolder reforms will be needed to provide more jobs, along with critical investments in digital infrastructure. It will require the reorientation of education systems toward science and technology, the creation of modern telecommunications and payments systems, and a private-sector driven economy governed by regulations which encourage, rather than stifle, innovation.

“Far too many of the region’s young men and women are unemployed,” said Ferid Belhaj, WB’s vice president for MENA region, adding that this challenge will continue to grow, unless it is turned into an opportunity.

The current growth momentum is a chance to increase the speed and ambition of reforms in the MENA, said Belhaj, noting that the focus should be on building a modern economy that leverages new technology, and is driven by the energy, and innovation of young people.

The report indicated that the foundations already exist for a shift toward the digital economy, as there is widespread adoption of new digital and mobile technologies among the region’s youth.

“Yet due to a combination of regulatory obstacles, and the lack of key infrastructure, the ubiquitous hand-held devices are mostly used for accessing social media, rather than for launching new enterprises,” noted the report.

New digital platforms are also connecting job seekers and employers, providing vocational training, and hosting start-up incubators. The challenge now is to create the conditions for these green shoots to grow and multiply, mentioned the report.

“Countries in the region possess all the ingredients they need to leapfrog into the digital future,” said Rabah Arezki, WB’s chief economist for MENA region, and lead author of the report.

He added, “the key is making sure young people are taught the skills needed for the new economy, have access to tools such as digital payments, and that obstacles to innovation are removed, which require governments acting on many fronts, and pulling multiple policy levers, but the rewards in growth, and jobs will be more than worth it.”

The report recommended setting out goals, such as achieving parity with advanced economies in information and communications technology by 2022. These sorts of bold objectives can serve to unite governments, citizens, and the private sector, in the collective effort needed to achieve the ambitious agenda. The effort would transform MENA economies, and help to ensure that millions of the region’s young people can find good jobs, and contribute to the region’s growth, with their skills and creativity.

26.7% increase in trade exchange between China, Egypt in 8 months