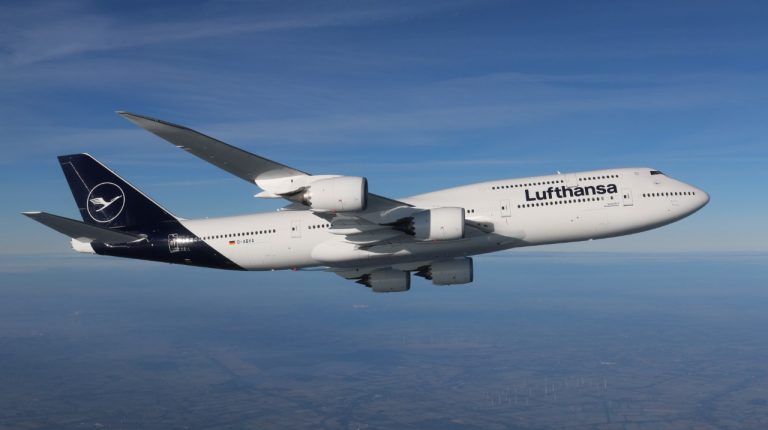 Daily News Egypt interviewed Mohamed to discuss the group’s business, and new products in Egypt, the transcript for which is below, lightly edited for clarity:

What are new products to be provided to Egyptian passengers?

We recently rolled out FlyNet on all Lufthansa A320 family aircrafts, Austrian Airlines, and Eurowings. Passengers can now stay connected while onboard their flights to Europe. Furthermore, we now have ejournals where passengers can download media onto their personal devices through their digital boarding pass. We have hundreds of selections in over 20 languages, including a selection of Arabic newspapers and magazines. Starting in 2019, we also have a new product that will be introduced on our A320 family aircraft for Lufthansa, Austrian Airlines, and Swissair, namely new and more modern economy seats that were designed by Geven, an Italian manufacturer, and will be introduced in newer aircrafts in 2019. The seats have an innovative slim backrest, and full foam seat cushions, which ensure a comfortable travel experience. The new, ergonomic pressure distribution, and fully-structured seat upholstery, will allow customers to have an ever more comfortable feeling onboard. The newly, innovated literature pocket has been horizontally designed, leaving a slimmer backrest, which allows guests to enjoy more personal freedom. In addition, travel becomes more comfortable not only during the flight, but also while the aircraft is taxiing, during take-off, and landing: Previously, guests were seated at a 12-degree inclination, whereas now they will be able to rest comfortably with their backrest at 20 degrees during the whole flight. Aside from these new updates, Lufthansa was recently certified as a 5-Star airline by Skytrax, showing that it is a premium airline, providing quality to passengers.

Do you plan invest more in air services and aircraft supplies? If yes, please elabotrate.

As the leading European aviation group, the Lufthansa Group airline will continue to modernise its fleet, which is one of our biggest projects at the moment. In 2017, we would receive a new aircraft nearly every week of the year—and this year we are receiving a new aircraft every two weeks. Overall, we have ordered 176 aircrafts for the Lufthansa Group, with a list price of €30bn, which will be delivered by 2025. Some of the aircrafts include the Airbus A350, Airbus A320neo, Boeing 777, and the Bombardier C-Series, all of which have lower carbon dioxide (CO2) emissions, are quieter, and have up to 20% lower operating costs.  The newly ordered Boeing 777X is planned to be delivered in 2020, with brand-new business class seats that allow every passenger to direct access to the aisle.

How do you see Egypt’s market and investment climate?

Positive, as Egypt’s economy achieved its highest growth of  over 5.3% since the financial crisis, which was presented by Minister of Finance Mohamed Moeit during an AmCham Egypt event on 19 September. Also, news articles of the last couple of days mentioned Egypt as the strongest economy in the region.

What are problems that hinder your business in Egypt’s local market?

Daily business builds bridges by connecting passengers from one country to another in the safest, most comfortable, and most convenient way. The reform that occurred in the recent months support our commitment and longstanding relationship in the market. As you know, this year we will be celebrating 60 years of service in the market, and we look forward to continuing this longstanding relationship.

In 2017, Egypt Air and Lufthansa signed partnership agreement to provide air services and aircraft catering. Any updates? Plus, is there any potential future cooperation?

Lufthansa Service Gesellschaft, or LSG Sky Chefs, has been present and dedicated to the Egyptian market for many decades now. In 2009, we entered a joint venture with Egypt Air, EAS, LSG Sky Chefs, and the agreements in regard to management and trademark were prolonged last year.

How many your flights in Egypt annually?

Does the decline in Egypt’s tourism affect your business in the country?

Our commercial activities focuses on departures from Cairo. As Lufthansa offers connections to over 340 destinations, in over 100 countries around the world, a large majority of our passengers are actually departing Cairo. Given our vast network through the Lufthansa Group airlines, we offer over 15,000 weekly frequent flights, and focus on taking people from Egypt around the world. Almost all of our sales originate from Egypt, with Cairo being a main hub.

How do you see flight delays and do you have an explanation for them?

There are often many reasons for flight cancellations and delays. For example, recently in Europe, numerous air traffic controllers went on strike in several countries, extreme weather conditions (thunderstorms, storms, hail, etc.) in Germany, but also in southern Europe, which repeatedly led to the closing down of airports for several hours. All these incidents have a direct impact on the flight operation of an airline. In addition, there are sometimes structural reasons, such as massive capacity shortages due to fragmented European airspace controls, and acute staff deficiencies in air navigation services. Another example is processes in urgent need of reform, and personnel shortages at security checks at airports.

A reform of security controls at airports (processes and infrastructure), an increase in air navigation services personnel, and a Single European Sky—as demanded by European airlines for many years—are more urgent now than ever. Only if this infrastructure for European airlines is finally modernised and adapted to the rapidly growing traffic volume in Europe, will there be more punctuality and much fewer flight cancellations in air traffic. Lufthansa is constantly working to improve punctuality and reliability. Measures such as direct transfer, when transfer times are too short, help to ensure that passengers still reach their connecting flights. Also, in the event that there may be an irregularity, Lufthansa immediately looks to offer passengers alternative travel plans to get them to their destinations as soon and as smooth as possible.