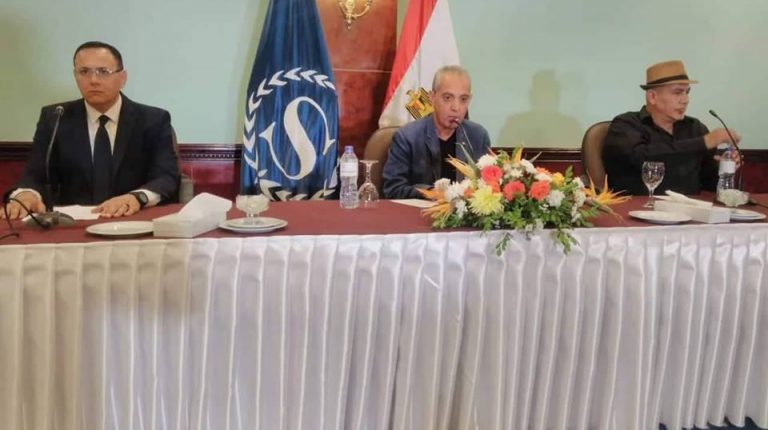 The Alexandria Film Festival (AFF) for Mediterranean Countries held a press conference on Monday, to announce details of its 34th edition, in the attendance of president of the festival Al-Amir Abaza and Palestinian jury member Rashid Masharawi.

Abaza added that he wishes the festival would become an opportunity to promote tourism in Alexandria.

The festival will also commemorate the 6th of October War, by screening several films that historicised the social and political changes that took place in society during the war. During the conference, Abaza praised the support of the Egyptian state, as the festival is sponsored by the Egyptian Ministry of Culture, and Alexandria Governorate. Abaza added that the reason why the slogan of the festival is “Jerusalem is Arab”, is because “Having Palestine in our cultural events is very important.”

Meanwhile, Masharawi said during the conference that “cinema unites people from all nations, and as a Palestinian I feel that the Alexandria Film Festival has always embraced the Palestinian cause.”

Manager of the Festival Samir Farag said that Alexandria has always been a destination for cinema and arts, while Sayed Mahmoud Sallam, head of the festival’s media department, said that the media committee at the festival is keen to present all the help it can provide to journalists, and media personnel.

Farag and Sallam also announced that the festival’s opening and closing ceremony will take place in Bibliotheca Alexandrina, and will witness the attendance of Minister of Culture Enas Abdel Dayem and Alexandria’s Governor Abdel Aziz Qonsowa. The opening and the closing will be held in the Bibliotheca’s main theatre.

The festival will host the premiere of the leading Syrian comedian, Duraid Lahham’s film Damascus…Aleppo,  directed by Basil Al-Khatib. Lahham will be present at the screening and will hold a press conference with festival guests. The film, according to the director, is a reflection of the contemporary life of Syrians, while documenting “all contradictions, weird, and surreal moments” of their lives.

The AFF will take place between 3 and 8 October, and is expected to screen dozens of different films, from Arab, and European countries.