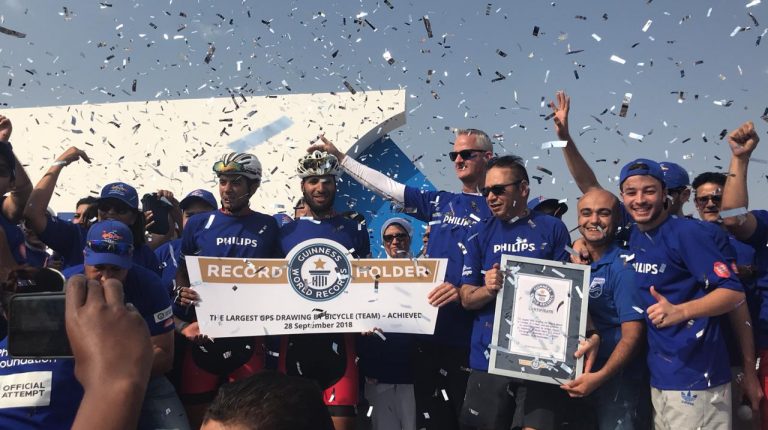 Egypt marked the World Heart Day by setting a new Guinness world record as large group of cyclists formed a huge heart on the global positioning system (GPS). The event, organized by the Philips International Charity Foundation, aimed to raise awareness about heart disease among Egyptians.

It was part of the ‘Back to Rhythm’ campaign, which concluded with the Guinness achievement, and involved several bike rides from different places covering 740km.

“It was a rigorous challenge, covering different terrains in harsh conditions across Egypt, but it was such a humbling ride,” Galal Zekri Chatila, a young Egyptian cycling adventurer, said.

“It is an honour to use my passion to send such an important message of staying fit and keeping healthy,” he added.

Chatila crossed Egypt from Cairo all the way to Aswan in the south, by bicycle, covering 1,100 km.

“In fact, the average Egyptian face the risk of heart disease,” Al Taiyeb said, adding, “as a result, it is vital that all citizens learn heart disease symptoms, and how to save others in the unfortunate event of a sudden cardiac arrest.”