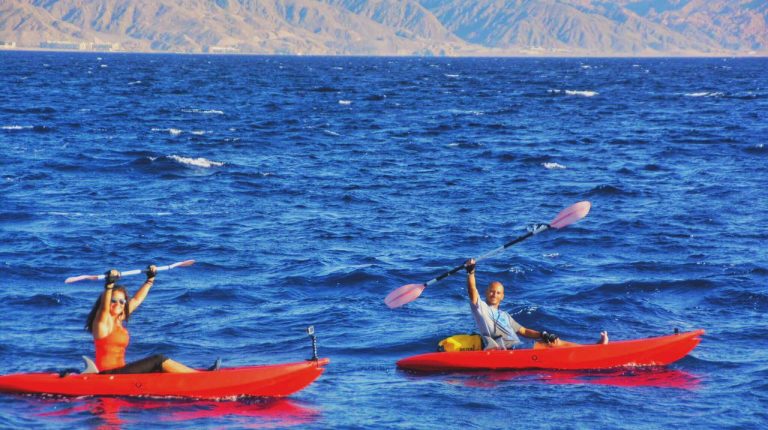 El Tarabishy told Daily News Egypt that the Taba Heights Resort, South Sinai, intends to hold two big parties in April and July, in an effort to attract more Arab and Egyptian tourists because those two months are seasonal.

“We do not seek profit from those parties and concerts, but to market the place so that we can increase the number of tourists and reduce the losses we incurred,” he said. 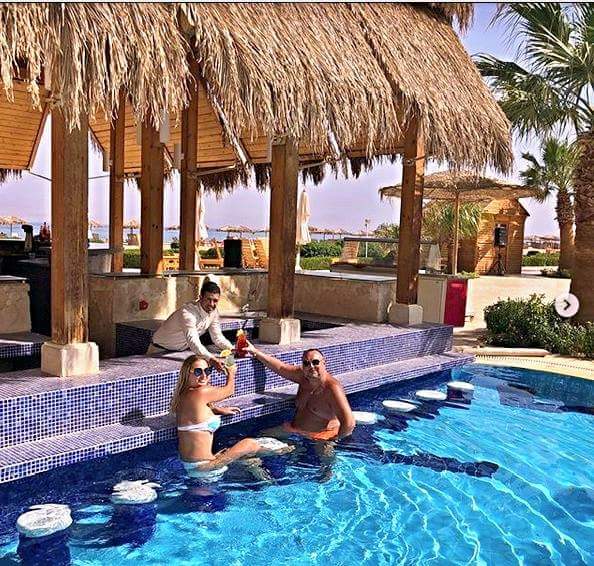 Taba Heights held a series of parties starting in January last year, to activate tourism, and Taba Heights continues to hold other celebrations to attract tourists to the region, which is suffering from a lack of promotional activities by the concerned state agencies, even though it is one of the best touristic locations within Egypt’s borders.

El Tarabishy said that the company, through these parties, began slightly to cover operational costs.

According to OD’s financial results for first half (H1) of the current year, Taba Heights remains the most challenging destination, due to the extended travel bans on Sinai. Nevertheless, the company successfully curbed the GOP losses from EGP 7.9m to EGP 6.1m in H1 2018, and revenues increased by 74.9% to EGP 41.8m, compared to EGP 23.9m in H1 2017.

In 2013, European capitals had warned their citizens not to travel to Egypt as result of the volatile security situation at that time, and then Egyptian tourism suffered a devastating blow when a Russian passenger plane crashed in Sinai in late October 2015, killing all its passengers. This was in addition to a tourist bus explosion in Taba city in February 2014, which resulted in the death of four Korean tourists, the bus driver, two others, and injuring about 16 tourists.

“The travel ban is the main challenge for us and we are struggling to provide comfort for tourists who travel to Taba. Currently, we are in negotiations with Ukrainian and Polish travel agencies to conduct flights to Taba International Airport. Moreover, we succeeded to attract Lithuanian and Latvian tourists. We also managed to attract Romanians, who will arrive in Taba through Aqaba in November. However, the airport is operating partially, and we exert increased effort to contract with other Egyptian travel companies, after receiving the first aircraft since years of suspension, an Alexandria Airlines flight in June,” El Tarabishy noted.

On 10 September, OD signed an agreement with a Polish company to operate two aircrafts a week, to enhance the flow of tourists to the region.

The agreement with the Itaka tour operator company stipulates flights to and from Taba International Airport, with flights starting from 7 November until May 2019.

The company expects the agreement to add 10,500 new hotel nights during that period.

OD said that the Polish company plans to operate two additional planes from the Czech Republic by next year, increasing its stake in the total number of hotel nights in Taba Heights to 45,000 nights. 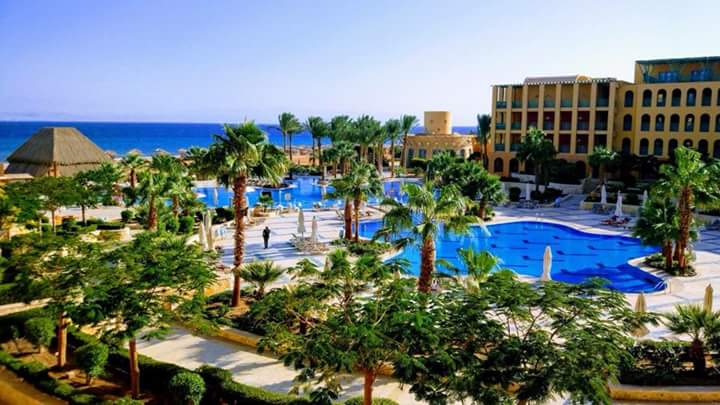 Moreover, OD is successfully moving towards reaching that cash income to be equal to the cash costs in Taba Heights in 2019.

El Tarabishy reaffirmed that, “Taba’s life is related to the airport”, pointing out that the current closure causes great losses for the region. The company uses Jordanian airports and Sharm El-Sheikh International Airport to transport its tourists to Taba, calling for the removal of the travel ban on tourism in Taba, as Egypt is currently secured and there is no longer a need for this ban.

Also, the company sees that by using Jordanian airports and Sharm El-Sheikh International Airport to transport its tourists to Taba, this helps in promoting tourism between Taba and Jordan. We have signed an agreement with the management of King Hussein International Airport in Jordan, the Jordanian Commission, and a number of Jordanian maritime companies to operate joint flights between Aqaba, and Taba.

The international port will be used in Taba to transport Egyptians to Aqaba to spend their vacation and exchange tourists between the two parties. The agreement includes the arrival of tourists from any airport in Egypt to Taba to spend their vacation, and then move to the port of Aqaba, and get a flight from there to speed up the process of transporting tourists back and forth from Taba, and Aqaba.

Furthermore, it was agreed with the Jordanian side that Egyptians will pay for the fees of the Taba Aqaba trip in Egyptian pounds to preserve the foreign currency within the country.

The company owns six hotels, which constitute 2,365 rooms, of which 1,260 rooms are in full capacity in the Taba resort, with its land bank is 4.3m sqm, with about 2.1m sqm developed.

The Bay View, which the company has reopened on 30 September 2017, has achieved a great occupancy in July, and it was completed in August. Moreover, after completing the current year and holding studies, the company will consider the rest of the hotel rooms, which depend on the results of the study and market needs, he noted.

One of the important closed hotels is Club Med Sinai Bay, which is one of the resorts of Taba Heights, is a unique hotel, situated in a beautifully preserved bay, between two mountains. The retreat has the best hotel in the world of the Club Med Group, which has 120 hotels worldwide. The hotel’s capacity is 385 rooms.

Regarding the reopening of the Club Med hotel, El Tarabishy elaborated that the nature of the hotel demands specific, or wealthy, tourists from France or Francophone countries, which cannot be reopened under the current travel ban.

He explained that once the travel ban is lifted, the Club Med management will reopen negotiations for operating the hotel.

Currently, we receive holy trips of Indian and Mexican vacationers who visit Taba as a station to Jerusalem and Saint Catherine’s. 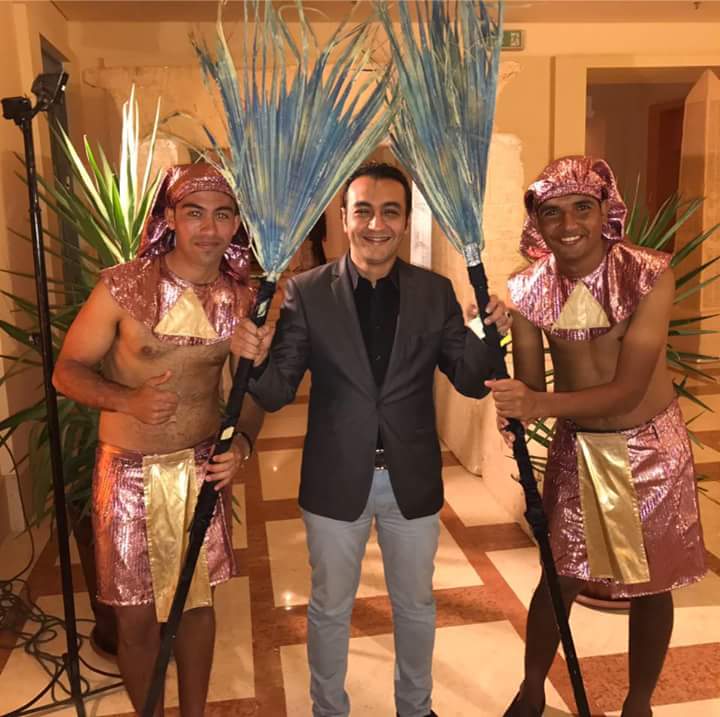 El Tarabishy noted that the minimum occupancy during concerts is 90%, and sometimes the rooms are fully booked, especially during Eid Al Adha, when the occupancy exceeds 100% due to the significant demand by guests.

Prices increased by 10-15% in the current year compared to last year, due to the demand on the resort, and new entertainment activities added to resort such as Aqua activities.

He called on the concerned agencies to set a minimum price for hotel rooms in South Sinai to fight the practice of pricing below market value. Some camps in South Sinai sell at prices higher than many hotels located in the governorate.

Moreover, he elaborated that Taba Heights Marina is serving not only Taba, but also South Sinai in general, and is operating very well. It has a capacity of about 750,000 passengers annually, however, the actual passengers are 120,000-140,000 passengers to and from, and year-over-year.

“Currently, we are studying the diversification of our entertainment and leisure activities, such as holding fashion shows in the coming year in Taba Heights Resort. Plus, two events in Eco sports and kayaking will be held before the year-end,” El Trabishy revealed.

In April 2017, Egyptian swimmer Omar Hegazy, 26, became the first Egyptian to cross the 20 km from Jordan’s Al-Aqaba to Taba, challenging his own record after having lost his leg in a tragic accident three years earlier. This event was held between 27-29 April 2017. Omar Hegazy, an amputee athlete, was the first Egyptian swimmer to attempt the 20 km swim from Aqaba in Jordan to Taba Heights, Sinai.

Meanwhile, in 2016, Taba Heights Resort held three sports events, the first was kayaking, as Yara Shalaby assembled  a team with the support of the  Nile Kayak Club, and crossed country kayaking their way from Taba Heights, Sinai, to Aqaba – Tala Bay from 23 September 2016 and back to Taba Heights Marina on 25 September 2016.