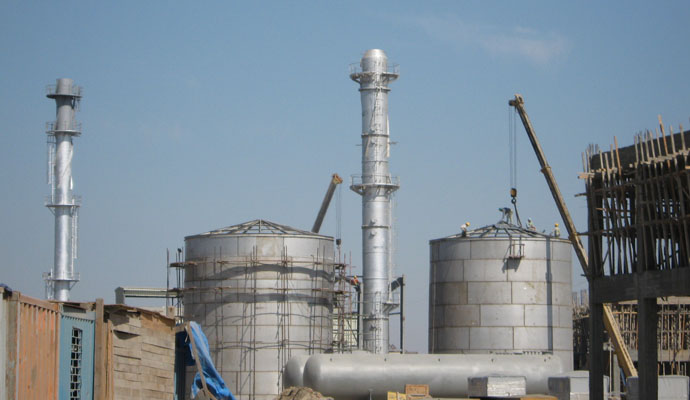 Sherif Menoufi, CEO of TCI Sanmar Chemicals, said that the company will reach its maximum capacity, starting next April, in the production operations.

The company’s fiscal year starts from April until the end of March.

Chlorine is a strategic product for Egypt in treating water.

Menoufi said chlorine production is 120 tonnes per day, covering 30% of the local market, while the remaining production is used for other chemicals such as PVC, and caustic soda.

“We obtain ethanol from sugar companies and convert it into ethylene and ATC. The Egyptian market is fully covered by some government companies, and there are opportunities for export. In terms of caustic soda, we cover 20% of the domestic market and export 80% of production,” the company CEO said.

The company is also targeting new markets in west African countries, and there has been significant development in infrastructure in the recent period, but the Mediterranean basin is the basis for the company in export operations, elaborated Menoufi.

He noted that the currency floatation at the beginning of November 2016, did not benefit the company in export operations, since prices are global for the company’s products, which are mainly related to oil prices, and are different from the local market.

The company has a strategic direction of perserving the domestic market, while simultaneously exporting and opening up new markets, emphasised Sanmar’s CEO.

He also added that there are some products manufactured by the company from 100% local ingredients, such as caustic soda, while other products have one-third domestic components, and two-thirds imported components, such as PVC.

Egypt has issued a package of economic legislations in the last two years, to stimulate foreign investment, in order to attract money towards new projects.

Sanmar’s total investments in Egypt are $1.5bn, through self-financing, and loans from foreign banks outside Egypt.

“In 2014, a new factory was established for PVC at an investment cost of $300m. This period was difficult, and reflects the company’s commitment to Egypt, and its vision towards the Egyptian economy in the coming period,” Menoufi asserted.

The company has 4,000 direct and indirect employees in it, has and the CEO added it aims to expand the future without disclosing the company’s future plans.

“We are optimistic about the developments that the state is undertaking in East Port Said, and in the province in full, and it will have a very good return on our investments,” he said.

He pointed out that the Egyptian market is huge, and has great opportunities for growth along with the ability to export.

In the recent period, training opportunities have been provided for about 80 young people, about 40 of whom have been employed at the end of the training programme. A protocol has also been worked out with Misr El-Kheir for the development of the local community and to fight the hepatitis C virus.