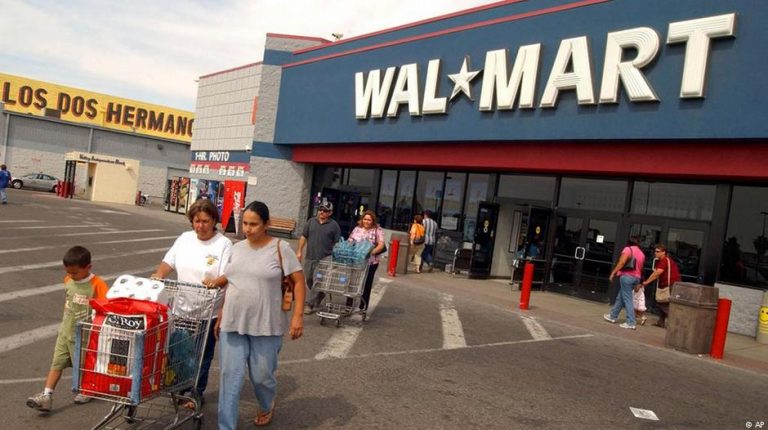 Despite their repeated attempts, US retailers have so far been unable to veer President Trump away from imposing tariffs on imports from China. His latest tariffs, however, have the potential to hit American consumers.Bulla says she didn’t notice any difference in consumer prices in the US so far. Ana, though, is sure that prices have gone up, particularly on food items and electronics. Both Bulla and Ana just finished shopping at Walmart, the American retail behemoth.

What they were describing could be one of the first effects US President Donald Trump’s contentious trade policies were having on American consumers. Prices of some consumer goods have already risen over the past several months. For instance, since Trump imposed tariffs on washing machines in January, their prices have increased by up to 20 percent, according to the National Retail Federation.

Although the price increases haven’t so far affected US consumers on a daily basis, it could change in the coming months, with the coming into effect of the latest round of tariffs.

“These tariffs are different. Those that were introduced before, like on steel and aluminum, are not so much directly purchased by people, but rather more by companies,” Kirill Borusyak, a postdoctoral associate at Princeton University, told DW. “But the latest tariffs against China are more focused on consumer products. So they are even more important in that sense,” he said.

In September, President Trump slapped a new round of tariffs on Chinese goods. The move was part of his protectionist trade policies aimed at reducing imports of foreign goods into the US market while boosting American manufacturing and exports.

The latest tariffs involve a 10 percent levy on $200 billion (€174 billion) worth of Chinese goods, including furniture, electronics and food.

Based on data from 2015, Borusyak and a colleague calculated how much money the tariffs might cost an average American household, assuming the costs are passed on to consumers.

The researchers’ estimates show that the currently implemented tariffs could cost an average American household about $112 a year. Both poor and rich households would be affected by the tariffs, they concluded. “The consumers affected the most are those buying electronics, chemical products, plastic and rubber products as well as fabricated metal products, as these are the goods affected by the tariffs,” said Borusyak.

Read more: Trump considers pulling the US out of WTO

For tariffs to affect consumers, retailers first have to hike the prices. But often businesses try to avoid the price increase. Instead, they make do with changing product lines or raising prices elsewhere in the supply chain.

When DW contacted several small shop owners across the US to find out whether they had already raised prices, they declined to comment. Several big US retailers, including Walmart and Target, have been more outspoken and urged the Trump administration to reconsider the tariffs on Chinese products. They said they would otherwise be forced to raise prices.

Walmart responded to a DW query by saying: “We have been closely monitoring the tariff discussions and are actively working on mitigation strategies, particularly in light of escalating duties. One of those mitigation strategies is to understand what our suppliers are doing and what their plans and alternatives are.”

Preparing for everything, expecting the worst

Some American businesses like the one represented by Rebecca Mond might have a hard time finding alternatives. She is the vice president of the “Toy Assocation,” an industry depending heavily on products from China. “Some 85 percent of all toys on the US market are manufactured in China,” said Mond, adding that retailers have built up longstanding partnerships with Chinese factories, ensuring safe toys that meet US standards.

Toys have so far not figured in the list of items targeted by Trump’s tariffs, But as some related products such as children’s hats and furniture have already been hit, Mond is expecting the worst.

President Trump has said he would continue to expand the scope of the tariffs if China doesn’t cooperate with his administration on the trade and investment front. “I do think that there is a political calculation. Consumers may not see the sting until after the US mid-term elections and holiday season. This is gambling with consumers’ pocket books,” Mond lamented.

Mond doubts that tariffs will help manufacturers in the US, as the country doesn’t have the necessary infrastructure or the workforce. What Mond and many other retailers fear most is that more products are included in a new round of tariffs in January. “It’s awful now, and it will be even more awful then.”