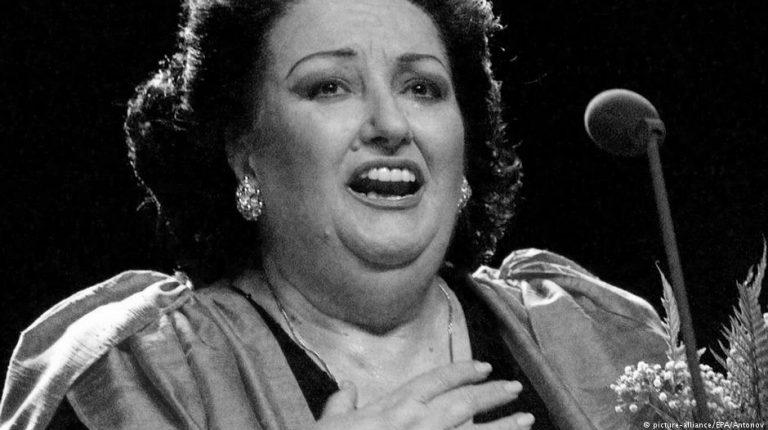 Critics and audiences the world over viewed Caballé as one of the great opera divas. A look at her successes and triumphs across diverse genres.As announced by The Hospital de la Santa Creu i Sant Pau in Barcelona, Montserrat Caballé passed away early Saturday morning. The famous operatic opera star will be laid to rest on Monday.

When Montserrat Caballé was born on April 12, 1933, her parents named her after a nearby mountain range close to Barcelona. Yet no one in the family might have dreamed that the newborn would go on to conquer the lofty summits of coloratura singing, or would be revered as the “queen of bel canto.”

From Bremen out into the world

After studying voice at a conservatory in her native Barcelona, Montserrat Caballé made her debut in 1956 at the Theater Basel, where she played the consumptive Mimi in Puccini’s “La Bohème.” Three years later, the young soprano joined the ensemble of the Theater Bremen, where she consistently developed her repertoire and studied diverse soprano parts.

As audiences in the rather restrained northern German city of Bremen enthusiastically applauded the singer, foreign houses also became aware of Caballé. When in New York in 1965, the soprano stepped in for singer Marilyn Horne, who had fallen ill, and performed Donizetti’s “Lucrezia Borgia” without a rehearsal. “This is the bel canto specialist we’ve been waiting for,” cheered enthusiastic critics after Caballé’s impressive performance.

This sudden New York success might have surprised the singer but it was a pivotal step on her international career path. In an interview about the Italian vocal style decades later, she said of her New York performance: “Bel canto always sounded too much like the cry of a rooster. Mozart was better. The conductor simply told me to sing it as though it were Mozart.”

A friend of Callas

After her meteoric ascent to the bel canto summit, Caballé became close with a colleague who was both admired and feared: Maria Callas. The two divas got along quite well, with the younger asking Callas for advice on difficult parts. The latter once described Caballé’s voice as a “light breeze on the skin.”

Caballé likewise had good relationship with soprano Renata Tebaldi, who was Callas’ fiercest competitor. The Spanish soprano was likely pleased after the international press labeled her the heir of the two celebrated divas in the 1970s and 80s. But amid the hype, bel canto remained the most important focus of Caballé’s wide-ranging stage repertoire.

Unafraid of rubbing elbows
The soprano’s fans didn’t just stem from the classical music scene. One of the opera star’s most famous admirers was Freddie Mercury, lead singer in British rock group Queen. In 1987, he and Caballé collaborated on the album “Barcelona,” with the eponymous title song reaching the top of the European pop charts.

The album’s reissue for the 1992 Olympic Games was again a major success. On her 1997 album “Friends for Life,” Caballé collaborated with pop greats like Bruce Dickinson from band Iron Maiden (covering the Queen song “Bohemian Rapshody”), in addition to Johnny Hallyday, Jonny Logan, Vangelis and Helmut Lotti.

In addition to her classical repertoire, the singer was also interested in the traditional music of her Catalan homeland. She performed numerous concerts with her daughter, the soprano Montserrat Martí.

A UNESCO ambassador, Caballé received countless honors such as the Federal Cross of Merit awarded by Germany. In 2007, she received the ECHO Klassik Prize for her life’s work.

‘The best voice in the world’

Freddie Mercury was just one of many who raved about Caballé’s voice, saying it was “the best in the world.” Critics praised the almost inexhaustible versatility of her repertoire, the unusually dramatic nature of her performances, and her mastery of vocal technique. She was revered not only as the “queen of bel canto,” but one of the greatest singers of her generation.