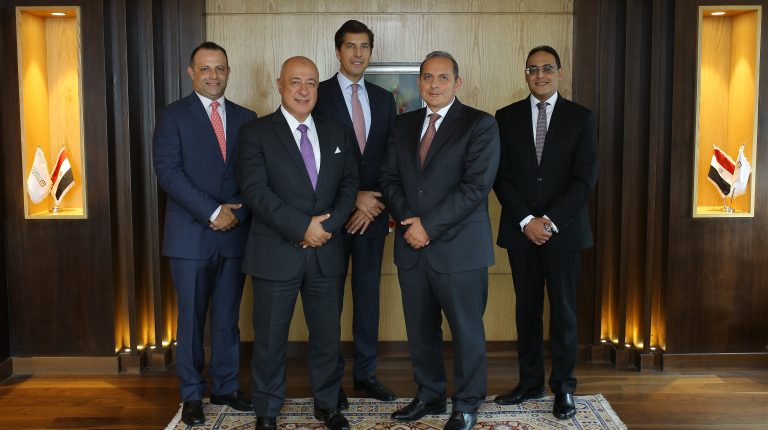 Bloomberg’s global banking survey in the third half of 2018 ranked the National Bank of Egypt (NBE) as the first bank in Egypt for syndicated loans, during which the bank played arranger and bookrunner.

On the African level, the NBE managed to obtain first place in loans, in which it took the role of financing marketer, in addition to its third position as a main book runner and arranger in syndicated loans worth EGP 61bn, and a market share of 12.2%.

The report has also showed that the NBE ranked fourth in the Middle East and North Africa (MENA) region for syndicated loans, where the bank acted as its finance agent.

According to Yehya Aboul Fotouh, deputy chairperson of NBE, providing the necessary funding for the various sectors is a continuation of the bank’s role in supporting major national projects.

He affirmed that the bank pays close attention to the joint loan deals in the framework of its keenness to fulfil its role as the largest bank operating in the Egyptian market.

“The position of the NBE necessitates the need to pay attention to mega projects related to the vital sectors in the fields of industry, petroleum, electricity, transport, communications, building materials, contracting, food and real estate development,” he said.

NBE head of corporate banking, Sherif Riad, said that the NBE’s success in maintaining its leading role in the Egyptian and African syndicated loans sector, according to Blomberg’s assessments over the years, affirms the professionalism and speed of the performance, as well as efficiency of employees in the bank’s respective sectors

He added that this is also a result of the network of strong relations between the NBE and local and foreign banks, which have confidence in the ability of the NBE to complete, and manage the deals in a professional manner.

The NBE relies on a large capital base, exceeding EGP 98bn, which enables it to inject funds either alone, or through banking alliances, according to the NBE’s head of corporate banking.

Riad expressed the bank’s pride in obtaining this distinguished position among other banks in Egypt, the Middle East and Africa, as a certificate issued by one of the world’s most prestigious institutions, with international credibility and weight in bank assessment, and their diversified activities.

In conclusion he remarked that effective and fruitful cooperation with other Egyptian banks, is due to the strong relationship between the NBE, and all other banks.