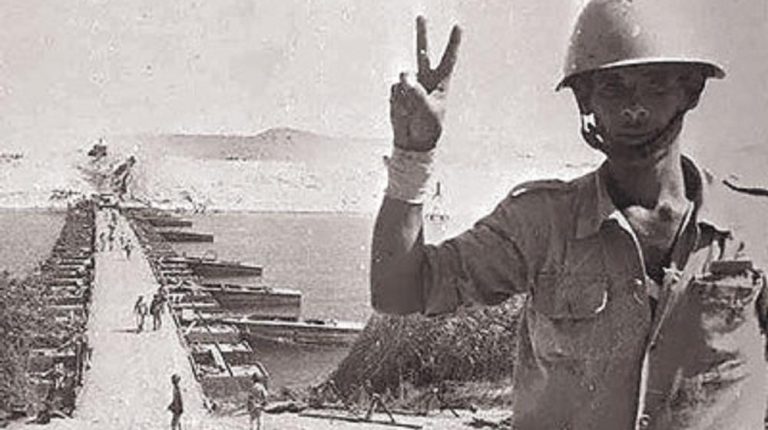 Egypt is celebrating the 45th anniversary of the 6 October war against Israel.

In state-owned newspaper Al-Akhbar, most writers’ op-eds focused on the occasion and celebrated the Egyptian army’s victory, and the will of the people.

The newspaper’s Ahmed Shalaby, argued that new generations lack information on the heroic performances of that day, calling on the media to have more comprehensive content beyond that one day, to counter Israeli propaganda of its victory, and Egypt’s failed cinematic portrayal of the war.

Other writers in the newspaper, including Elham Abu El-Fateh, shed light on the unstopped Israeli aggression on Palestinian lands. As she analysed President Abdel Fattah Al-Sisi’s speech on Saturday, Abu el-Fateh said the message was clear that Egypt would not abandon the right of the Palestinian people to have an independent state, with East Jerusalem as its capital.

While, in state-owned daily Al-Ahram, and in a piece titled “Goodbye Camp David”, Ahmed Abdel Tawab argued that the Camp David accords faced opposition in Egypt, by those who believed negotiations could bring better results to Egypt, which was in a strong position to do so, instead of suppressing its authority over its territory—Sinai. But, according to the writer, some of the accord’s articles are being changed on the ground, as the current Egyptian leadership sought to make of the peninsula a real development project, and not an isolated area as it was before.

As for the newspaper’s Inas Nour, the memory of the war should be a reminder of how Israel and the US attack the region, and seek to do as they please with Arab lands. Nour noticed that this year’s Nobel prize had no ‘peace recipients,’ wondering if the absence of peace is going to last for a while.

Last, but not least, Ayman Al-Sayyad in the privately-owned Al-Shorouk newspaper, focused on former president Anwar El-Sadat’s speech after the war, when he went to Israel, where he outlined the ‘Zionist’ plans for the region, suggesting that those peace accords didn’t necessarily bring complete peace.

Al-Sayyad wrote that Israelis have tried to push that ‘Zionist’ plan since then, by creating the concept of “peace in exchange of land,” a thing of the past.