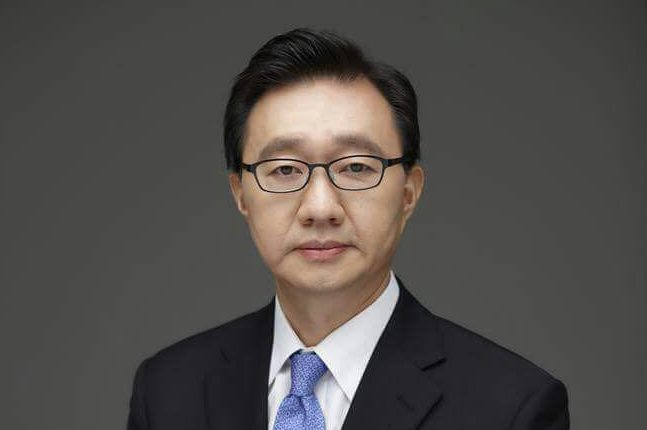 The construction of the Egyptian-Korean Technological College in Beni Suef is expected to be completed during the first half of 2019, South Korean ambassador to Egypt, Yeocheol Yoon, told Daily News Egypt.

“The technological college itself has been ongoing under the responsibility of our valuable counterpart – the Ministry of Higher Education, and we will work together with the ministry to achieve the required work during the targeted timing,” added the ambassador.

The necessary technical advisory for the construction will be provided by the Korean side, while construction is proceeding, elaborated the ambassador, noting that the Korea International Cooperation Agency (KOICA), plans to discussion further with the Ministry of Higher Education the subject of education quality assurance.

The project’s objective is to support the government’s efforts to foster students with good skills and knowledge, so that they can be well-qualified to meet market needs, according to the ambassador.

“Quality assurance and linkage with the industry are the most important components which we need to pay attention to,” said the ambassador, noting that through the partnership with the Ministry of Higher Education, KOICA will strive to accomplish the college’s joint objectives.

“I am sure that we both share a common understanding. We are in an early but important stage of the project. However, the project is scheduled to be completed by 2022,” mentioned the ambassador.

Meanwhile, the Korean embassy to Cairo organised an event on Wednesday, on the occasion of the Korean national day, where the ambassador began his speech by thanking president Abdel Fattah Al-Sisi, who delivered his congratulations to President Moon Jae-in, his government, and the Korean people on Korea’s national day.

“Throughout the last eight months, and since my arrival in Cairo, I attended many national day receptions, which included the Independence Day, and the birthday of the new republic. For Korea, those two occasions are celebrated on the same day, which is August 15. One of them took place in1945, and the other in 1948, respectively. Our National Foundation Day on October 3rd, complicates celebrations for our German friends, who have had an occasion of their own on the same day since 1989,” the ambassador said.

The ambassador said that October 3rd is called ‘Gae Cheon Jeol’ in Korea, literally meaning “the day heaven opened”. Every nation has a myth about its origins. Ours tells us that the son of the heavenly emperor descended on Earth, on the Korean peninsula, and his son established the very first kingdom of Korean people in 2,333 BC. Maybe we do not want to admit to ourselves that Korea is just one of so many new republics born after WWII, and declare with pride our history that has extended over thousands of years,” he said.

The ambassador added that Koreans celebrate Foundation Day to remind themselves of the philosophy of the Founder: ‘Hong Ik Ingan’ which roughly translaters to: ‘spread the benefit to all humanity,’. “I think we all share the noble belief that the state, and its institutions, are all meant to benefit humans. In that spirit, I think we can celebrate the Korean national day with our friends in Egypt, our host country, and those from other countries in the world,” pointed out the ambassador.

The ambassador also noted that his country cannot compete with Egyptians when it comes to old history of both kingdoms. “We don’t have pyramids, or the sphinx, to back up the story of the first kingdom written by later dynasties in Korea. Even in year 2333 BC., the pyramids of Giza were over than 200 years old,” he said.

On the other hand, Korea and Egypt have shared the same destiny of young republics to leave behind the shadows of old kingdoms, and embark on the journey of making people’s lives better, with a new vision and determination, said the ambassador.

Korea and Egypt have been close friends for a long time, even though their official relationship started as late as 1995, mentioned the ambassador. “At my first press conference two weeks after my arrival, I declared that Korea highly appreciates Egypt, not only for its glorious history, civilisation, pyramids and sphinx, but also for the important role Egypt plays in the regional peace and security, as well as its exemplary society of openness, tolerance, and diversity,” he added.

After the historic visit by President Al-Sisi to Korea in March 2016, and the adoption of a Comprehensive Cooperation Partnership, bilateral relations developed very rapidly, affirmed the ambassador.

“We have been close partners in international diplomacy. Additionally, Korea supports Egypt’s economic reforms with its ‘Knowledge Sharing Programme,’ through specific targets in government mechanisms, in addition to cooperation in the financial field, such as our agreement to provide trains for the fifth Metro line,” added the ambassador.

There are about 40 Korean companies operating in Egypt, said the ambassador, highlighting that the Samsung and LG plants export products worth $500m and $200m respectively, and these products are labelled, “Made in Egypt”.

The Egyptian Refining Company (ERC) plant in Motosrod is under construction by Korea’s GS Engineering group, to produce 50% of diesel fuel needed by Egypt, noted the ambassador.

Furthermore, the ambassador mentioned that with the vibrant cultural exchanges, many Egyptian youths enjoy Korean pop songs, and dances. Moreover, Korean drama is famous on Egyptian TV, adding that many Egyptians are learning the Korean language. There are about 35,000 Egyptians who practice Taekwondo, the national Korean sport.

Last year, when the fear of war in the Korean peninsula was running high, President Moon Jae-In of South Korea sent a generous and strategic invitation to North Korea to join the Winter Olympic Games, hosted by South Korea early this year, said the ambassador. He added that surprisingly, North Korea responded favourably to this offer.  “We all remember the breath-taking speed through which the two Koreas exchanged their envoys, and held three summit meetings within five months, while the US and North Korean leaders had their first-ever summit in June, in Singapore,” he added.

“Of course, there still are hurdles to overcome, but we will continue our journey for peace on the Korean peninsula with patience and determination,  with the support and understanding of our close friends in the international community, including Egypt,” remarked the ambassador.

Moreover, the ambassador mentioned that President Al-Sisi and President Moon met in New York on the side-lines of the UNGA to discuss ways to developing and enhancing their partnership. “I think this occasion demonstrated the importance we attach to our relationship, our peoples, and the world,” concluded the ambassador.