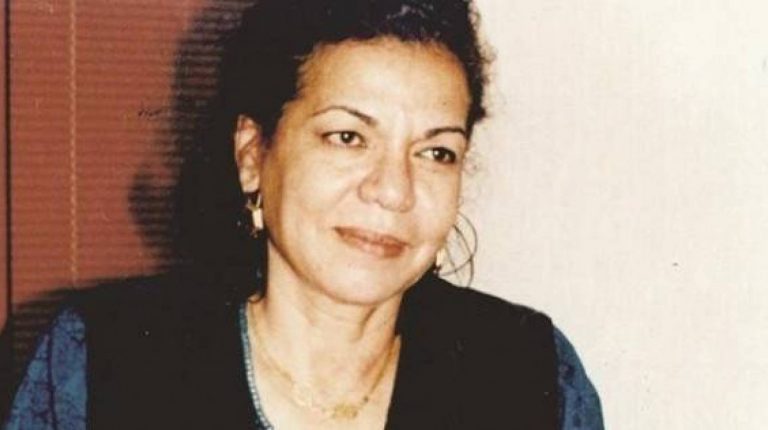 El-Abnoudi was one of the few film-makers in the Arab world whose work has been consistently acclaimed in the US and Europe.

She was widely regarded as the finest exponent of documentary cinema in Egypt, and one of the finest Arab film directors. She is also called ‘the mother of Egyptian documentaries.’ El-Abnoudi started making films as a student in the early 1970s, and has had a prolific, and relatively successful career as a documentarian in the Arab world.

Her films often concentrate upon social issues revolving around the Egyptian, Arab, and African underclasses, as well as women, topics that were not always appealing to governments.

El-Abnoudi studied law, and graduated as a lawyer. However, she also studied film-making at the Egyptian Film Institute, and later at the National Film and Television School in England.

In this beautifully photographed documentary, the primitive process of brick-making is examined, revealing the monotonous choreography of a nonetheless meaningful social task. The sad dance of their fluid movements, intermingled with personal stories, deeply resonates.

Her next film Sad Song of Touha (1972) won the French Critics Prize at the Grenoble Film Festival. The 22 films she has made between 1971 and 1996 have won over 30 international awards. In many ways the film is considered a sister film to the Horse of Mud. Sad Song of Touha is a fascinating portrait of Cairo’s street performers. In a typically unobtrusive manner, the filmmaker has successfully captured the essence, and unique quality of this subculture, unified as much by their talents, as their marginal social stature.

Through the haunting images of tiny child contortionists, and seasoned fire-eaters, this tightly knit community and its secrets unfold, with the cinematic qualities of a dream. Clearly, Sad Song of Touha is an homage to the artistry, showmanship, and wonder of Cairo’s streets.

Her film Rawya (1995), a profile of a peasant female artist, Girls Still Dream (1995), a study of the problems of Egyptian teenage girls, and Democracy Days (1996), tracing the role of women during the 1995 Egyptian parliamentary elections.

She was formerly married to Egypt’s late leading poet Abdel Rahman El-Abnoudi, who died in 2015.  In Cairo, she moved in artistic and journalistic circles, mainly because of her relationship with El-Abnoudi. During her studies, she supported herself financially by working in theatre, and as an actress. This interest in law, political journalism, and art, combined with her involvement in acting, awakened in her a social awareness of class and wealth, an interest in socialism and Marxism, and a curiosity about theatre, and film.