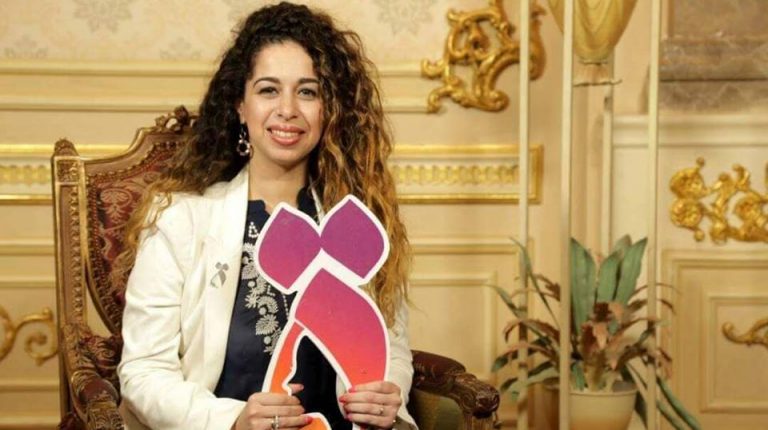 Caroline Maher is the youngest female member of the Egyptian parliament, and a world taekwondo champion, who ranked fifth globally in 2011. Maher is the first Egyptian, Arab, and African female player to be honoured in the Taekwondo Hall of Fame in the US, the most prestigious event for martial art athletes worldwide.

She spoke to Daily News Egypt about her achievements, and how she won 130 medals in international, regional, and Arab competitions, competing in 40 different countries.

She told us how she played taekwondo by chance, as she was 10-years-old when she saw her friend playing taekwondo in the Egyptian Shooting Club, and liked the game.

Maher said that her love of taekwondo did not distract her from her studies. She rather excelled in both and received a Bachelor of Journalism and Media from the American University in Cairo in 2009 with honours, and then received a grant in Switzerland to study administration.

She quit taekwondo after President Abdel Fattah al-Sisi appointed her in the Egyptian parliament, within the president’s quota, in December 2015, to become the youngest MP in Egypt, at 29.

Maher is a member of the Social Solidarity Committee in parliament. She is currently the director of human resources management at an international company. She was also the only Egyptian to be honoured in 2015 as part of the world celebration of women achievements.

She told us how she benefited from her presence in parliament. by proposing important laws addressing harassment, kidnapping, orphanages and shelter centres, and all of which were approved. DNE interviewed Caroline Maher about her remarkable achievements at such a young age, the transcript for which is below, lightly edited for clarity: 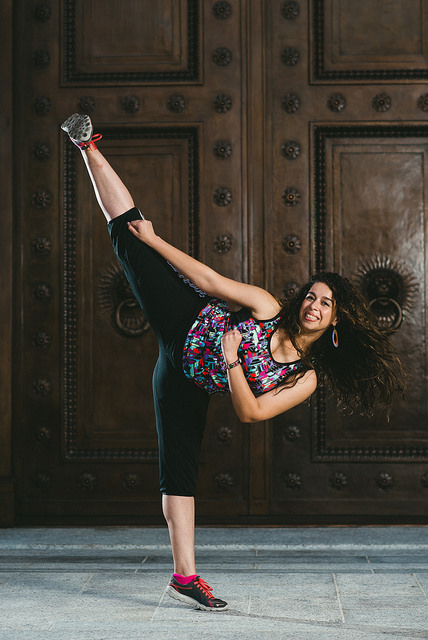 Who is Caroline Maher who surprised everyone?

I am an Egyptian woman who holds several positions. I graduated from the American University in Cairo, and received a grant for a master’s degree from the University of Victoria in Switzerland. I excelled academically, even though I was busy with taekwondo. I joined the national team of taekwondo when I was 12-years-old. At the age of 15, I played in the World Championship and ranked fifth. I ranked third globally, with a total of 130 awards, from 40 countries.

In parallel with sports, I chose human resources as a career, and improved myself through obtaining a number of diplomas in this field. I held the position of human resources manager, for the Cairo for Development and Cars Manufacturing (CDCM) sole proprietor, at Peugeot in Egypt, before my 30th  birthday.

I have also been volunteering for years. I contributed to establishing Helm, a non-profit organisation for people with disabilities, and now work as a human resources consultant for them. At Helm, we work on vocational rehabilitation for people with disabilities. We focus on creating an entire environment which suits the disabled, not just financial aid. We also managed to provide many jobs for them. Moreover, I worked in administration consultancy.

In 2015, I was surprised by the presidency requesting information about me. I thought they wanted to benefit from my human resources expertise, but I was appointed in the parliament, to become its youngest member. Most recently, I was chosen to be the youngest member of the African Taekwondo Federation (ATF).

Why did you choose taekwondo?

I did not choose it, it was purely by chance. My friend was playing taekwondo, and she invited me to attend her training. I was less than 10-years-old. At the time, I thought about joining the taekwondo team in the Shooting Club. I did just that. And shortly after, I took part in the German International Championship and won the silver medal. Since then, I was determined to follow this path, and represent Egypt in the Arab, African, and international championships.

What was the reason behind your legal dispute with the International Taekwondo Federation (ITF)?

The ITF prohibits athletes from doping. The World Anti-Doping Agency regularly asks for samples from athletes to ensure they are not taking any drugs. I did the necessary tests but was told by the Egyptian Taekwondo Federation (ETF) that my results were positive. I had never done that. I later learned that my sample’s serial number was different from that of the positive result. I told the ETF about this mistake, and they informed the ITF, and then they apologised about that.

I thought the problem was over, and I was preparing for the Arab and African championships. But I was not invited to train with the team. I found out that the ITF had banned me from playing taekwondo for two years, because I was doping, and that they had informed the ETF about the decision. It meant that the problem was still there, even though the ETF had told me then that it was over.

Later, the ETF informed me of the ITF’s decision without giving me an opportunity to defend myself, or to help me prove that the positive results were not mine.

Hence, I decided to defend myself, and began proceedings to sue the ITF before the Court of Arbitration for Sport in Switzerland.

It ended with me winning the case. The court also ordered to compensate me $20,000 for litigation fees, which was the highest compensation for a player.

Did your family support you from the beginning in your taekwondo practice?

My family has been supportive of me. I understand your question as many families refuse that their daughters play martial arts. But all new ideas related to females were rejected at first. For example, women in the workforce were discouraged in the beginning, but now 33% of households are supported mainly by women.

Several female players have made achievements, such as Hedaya Malak winning the bronze in the Olympics. This changes ideas. Women’s appetite for taekwondo is growing noticeably. Even if families refuse at first, it will be out of fear, but girls must be granted trust.

Did you abandon taekwondo after retirement?

After retiring as a player, I worked as a referee for a while, but I was too busy to continue. I decided to take a break from the game until I was appointed at the African Taekwondo Federation. I focus now on spreading the game in Africa, and developing the para-taekwondo—taekwondo for athletes with an impairment. I see it needs a lot of work, especially in Africa. I also aim to increase women’s participation in the game. 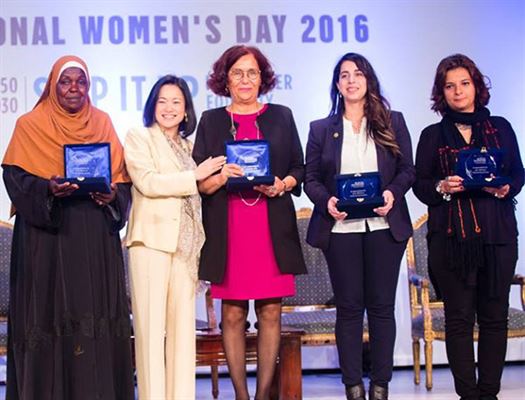 Why do we not have many achievements in individual sports?

The surrounding conditions in Egypt are not supportive for athletes. In Europe, the athlete’s only job is practicing his sport. They receive suitable salaries, so they do not need to do additional work. In Egypt, the athletes’ salaries are very low. Egyptian students who play sports may be dismissed from their universities due to absence, even though they represent Egypt abroad. The state should be more supportive, and there should be more coordination between the ministries of education and sports, as there are hundreds of athletes who retire to complete their studies, or to find a job with a good salary.

Foreign athletes are excited about what they do because they are financially and morally appreciated by the state. We have many talents that lack support.

Why did you not run for the ETF presidency?

I thought about running the last election, but I postponed this step because it would be difficult to reconcile working in the ETF with my job in the parliament, the ATF, and human resources.

How was your experience in the parliament?

It was a very nice and useful experience so far, but also exhausting. Representing women has helped me a lot. In the beginning, it was difficult because the appointed members were informed of their positions only a week before the parliament met, unlike elected members who have been preparing themselves for two years, and have plans and ideas.

This makes us feel a step behind. But over time, these challenges are disappearing.

Do you find the youth representation in the parliament satisfactory?

It is very satisfactory. There are many young members, and about 90 female MPs. I think it is unprecedented step.

How do you see the current criticism of the parliament’s performance?

I think the media does not properly cover the parliament’s achievements. The current parliament has provided the largest number of ministers’ summons in Egyptian history. So, it has practiced its supervisory role well.

In terms of legislation, it has passed several laws, addressing the establishment of Churches, health insurance, sports, and people with disabilities.

I drafted a law to amend the penalties for sexual harassment and rape, and fortify the penalty for female circumcision. All of them have been approved.

What is new in these amendments?

The new laws imposed severe penalties for the rape of children and persons with disabilities, especially in light of the spread of such cases in many places.

These new amendments aim to address sexual crimes in society, and preventing their psychological and physical effects on the victims, and society.

The Egyptian law now differentiates between sexual harassment, molestation, and rape, which was not clear before. It also provides equal legal protection for men and women, as sexual crimes are not only directed towards females.

Has the parliament been supportive of women?

Yes, the current parliament approved a law to help women receive their right to inheritance, by punishing people who prevent women from their financial rights. We still lack awareness though. Women who do not get their rights normally do not sue their families, because the traditions in Upper Egypt and rural areas defame women who sue their families. We also aim to allow women to become judges. I think we will soon see this happening.

Do you intend to run in the next parliamentary election?

I was shocked by the size of MPs’ responsibilities when I entered the parliament, and I thought I will never do it again. But over time, I realised the importance of my work, and how I can make a difference. The idea is definitely on the table, but I still have to yet make a decision.

You are interested in youth issues. What are the topics you think will be discussed in the upcoming World Youth Forum (WYF)?

The WYF, scheduled in November, will address all the problems facing young people in Egypt.

The main topics to be discussed will be education, and how to develop the educational curriculum and make it better fit the labour market. It is also important to address the small and micro enterprises, and to showcase real success stories in this field. There will also be a discussion about the role of NGOs in helping youth to establish their small, and medium projects.

I want to break a world powerlifting record in my weight-class: Dina Saad