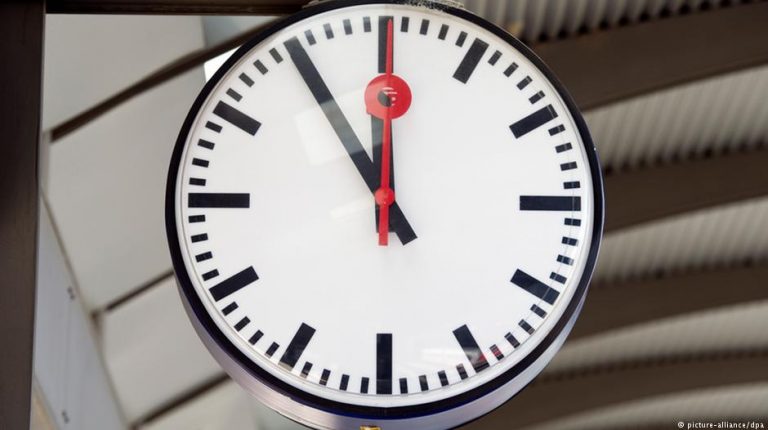 A new global warming report shows it’s still not too late to avert the worst impacts of climate change. It just boils down to whether we can muster the will to do so, thinks DW’s Sonya Diehn.The IPCC report is pretty clear: Half a degree makes a huge difference.

We've already warmed the world about 1 degree Celsius (1.8 degrees Fahrenheit) since pre-industrial times — with disastrous effects. Our coral reefs are dying, sea levels are rising, species are going extinct and extreme weather is on the rise.

In 2015 with the Paris Agreement, virtually all the world's countries agreed to limit further warming to a maximum of 2 degrees, preferably 1.5 Celsius.

The new report, unveiled after years of crafting by the United Nation's scientific body, outlines how keeping further warming under 1.5 degrees could still save our coral reefs. The Arctic would only be ice-free one summer every hundred years, instead of every decade. Sea level rise by 2100 would be 10 centimeters (3.9 inches) less.

Overshooting 1.5 degrees would mean a vast difference in the frequency and severity of extreme weather — think back to the heat waves that scorched the Northern Hemisphere this summer. That could become the new normal.

In short, Earth systems we depend upon to sustain us would remain largely intact under 1.5 degrees of warming. Under 2 degrees, there's no certainty of that.

So, can we manage it?

The IPCC report outlines very clearly what steps would need to be taken to stick to that lower limit of 1.5 degrees. It's nothing short of a massive transformation.

Globally, we'd need to cut our carbon emissions nearly in half over the next decade. We'd need to reach "net zero" emissions by mid-century.

Energy production would have to shift quickly to renewables. Fossil fuels — especially the dirtiest, like coal — would need to stay in the ground.

Our transport would have to shift to e-mobility, powered by renewable electricity. We'd need to use our agricultural lands much more efficiently. We'd have to construct our buildings and our cities to be more energy efficient.

And of course, we'd have to change our lifestyles — especially in industrialized countries — to consume and waste less. It's all possible — the report outlines a roadmap for making this happen.

So actually, the question is not can we keep global warming under 1.5 degrees. The real question is, do we want to.

The fact is, it won't be easy. Policy has not moved in step with science. Governments have demonstrated a pathetic lack of political will around climate action. There's been a disturbing global trend of people electing right-wing populists. Climate denialists are sitting in cabinets in some of the most powerful countries today.

Some say it will require nothing less than a mass popular movement — to elect politicians who prioritize climate change, to hold elected officials accountable, to block the power of the fossil fuel lobby, to pressure companies to divest.

Of course, many of us will have to make trade-offs as well. Fewer vacations involving flights; a smaller car; eating meat less often.

But when you really boil it down, do we actually have a choice? Do you want millions of people to lose their homes and their livelihoods? Are you and your family ready to personally face ever more heat waves, droughts, heavy rainfall and flooding? Are you ready to see your own food security at risk?

If you care at all about the future, you should be ready to make some sacrifices now and take action to hold politicians accountable.