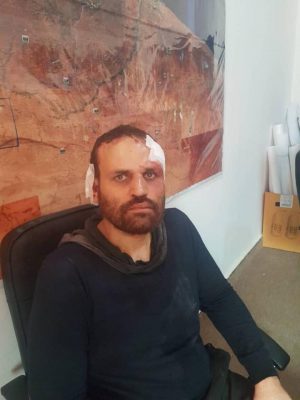 Hesham Al-Ashmawi, an Egyptian leading member of Al-Qaeda’s affiliated militant group Al-Murabiteen, has been arrested in a military operation in Derna, the spokesperson for the Libyan National Army (LNA), Ahmed Al-Mismari said on Monday.

Al-Ashmawi is considered extremely dangerous, as he is a former special forces officer, and is now one of Egypt’s most wanted jihadists.

Egypt has been battling several armed groups, concentrated mainly in the Sinai Peninsula, since the ouster of Islamist former President Mohamed Morsi in July 2013. Since then, shootings that target security personnel and state officials have become a near-weekly occurrence in Egypt.

Al-Ashmawi is suspected to have been behind several high-profile attacks against the Egyptian state, including a massacre of military personnel in Sinai, known as the Al-Farafra attack in 2014.

Some speculations also argue that Al-Ashmawi was the mastermind behind the assassination of Prosecutor-General Hisham Barakat in a Cairo explosion in 2015, the first of its kind of a top state official since 1990.

However, over a dozen defendants were tried and sentenced to death for this incident, while Al-Ashmawi was not mentioned in this case. Additionally, he was accused of executing the Al-Farafra attack, and is currently being tried in absentia.

Ashmawi is also speculated to have been involved with the militant group Ansar Al-Islam, which claimed responsibility for Al-Wahat shoot-out on 20 October 2017.

According to Libyan media outlets, the wife of dead militant Amr Refai Souror, was arrested.

Souror was one of hundreds of Islamists who were released after the 2011 January revolution. He was part of the Salafist wave, which came to light after the revolution, and the empowerment of the Muslim Brotherhood by the army. He is the son of Refai Souror, renowned godfather of jihadist-Salafism in Egypt, a wing of political Islam that is heavily influenced by Islamic theorist Sayed Qutb.

Meanwhile, in Sinai, the Egyptian military spokesperson announced that 26 alleged militants were killed, while three military personnel were killed in action. According to the 26th statement of the military spokesperson Tamer El-Refaei on the operation which was issued on Monday, in the western desert, forces also destroyed vehicles that were set up to target security forces, and found automatic rifles, and an unspecified amount of ammunition.

In November 2017, President Abdel Fattah Al-Sisi vowed to restore stability by eradicating terrorism, placing the military and police in charge of completing the task within a period of three months. This was following a massive, first-of-its-kind, terrorist attack against a mosque in the city of Al-Arish, which killed at least 305 citizens.