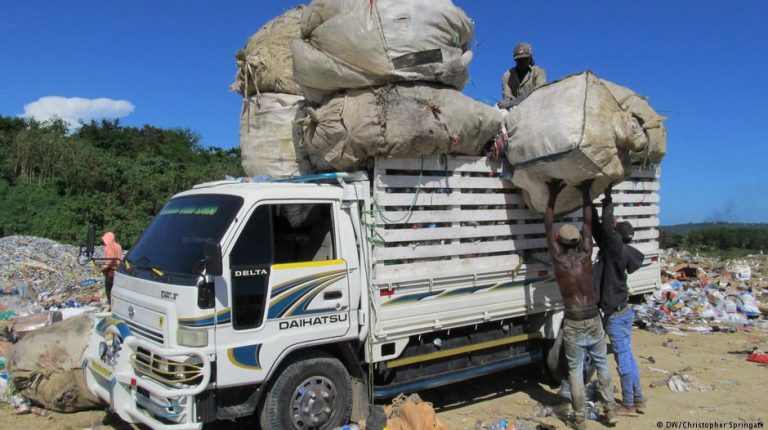 Garbage collection in the Dominican Republic is ineffective and chaotic. But clean streets and a cut in climate-killing emissions could be on the way thanks to new modern facilities and clever management.Project goal: Supporting the Dominican Republic in implementing its climate-compatible development plan in the waste sector
Project implementation: A new law that regulates a modern waste management system will be introduced to reduce pollution and provide new job opportunities for local waste collectors
Project size: The project covers the entire Dominican Republic but focuses on the cities of Santiago and San Cristobal
Project funding: €4,720,000 ($5,440,000) provided by Germany's Federal Ministry for the Environment, Nature Conservation and Nuclear Safety (BMU) through its International Climate Initiative (IKI)
Project partners in the Dominican Republic: National Council for Climate Change and the Clean Development Mechanism, Dominican Municipal League, Environmental Network of Dominican Universities (RAUDO), Ministry of Environment and Natural Resources, National Council for Climate Change and the Clean Development Mechanism, National Energy Commission (CNE), National Network of Business Support for Environmental Protection

The Dominican Republic has a major trash problem. Its garbage disposal system is chaotic and outdated. Waste separation is practically nonexistent and nearly all of the country's trash ends up in one of about 350 landfills. In poorer regions, it doesn't even make it that far and ends up clogging streets, rivers and beaches.

But change may be coming. In the small town of San Cristobal, German international development agency GIZ is working with businesses, local authorities and universities to establish a modern circular economy.

Residents are cleaning up their neighborhoods and recycling. In school, children are learning to compost organic waste. In the meantime, the city of Santiago has gotten a trash sorting facility, which has brought the garbage management of the region up to modern standards and can serve as a model for the entire country.

A film by Christopher Springate