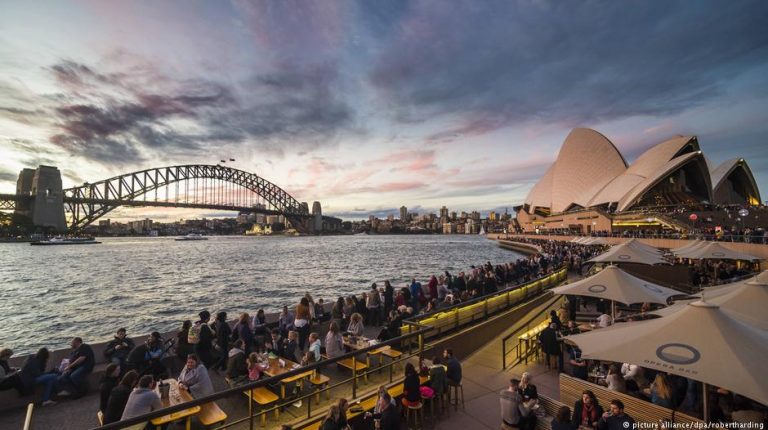 Australia is considering measures to stop some new migrants settling in bigger cities, instead directing them to less populated areas. Canberra is looking for ways to ease congestion in places like Sydney and Melbourne.The Australian government on Tuesday said it was looking to correct an "imbalance" in population growth by forcing some new migrants away from major cities, and toward less populous areas.

In a speech outlining the policy, Minister for Cities, Urban Infrastructure and Population Alan Tudge told an audience that the strain on infrastructure in Australia's eastern cities had cost the country 25 billion Australian dollars ($17.7 billion, 15.4 billion euros) last year.

That amount was forecast to grow to 40 billion Australian dollars annually by 2040, he said.

Tudge said the main problem was rapid population growth in Sydney, Melbourne and southeastern Queensland, while there was slow growth in other parts of the country.

"We are working on measures to have more new arrivals go to the smaller states and regions and require them to be there for at least a few years," Tudge told a gathering of the Menzies Research Centre think tank in Melbourne.

"In that time, the evidence suggests that many will make it their home for the long term."

The new plan lists five cities — Darwin, Perth, Hobart, Adelaide and Canberra — as regional centers for migrants to settle. It would affect the roughly 40 percent of migrants who possess the desired skills and who seek work on arrival.

A survey by the ReachTel polling organization, published in September, found that 63 percent of Sydney residents supported restrictions on the number of migrants moving there.

Immigration is expected to be an issue in Australia's next federal election, which is due before May 2019.

The country follows a strict but contentious policy of rejecting undocumented arrivals who reach Australia by sea. It has enforced a practice of offshore immigration processing on Papua New Guinea's Manus Island and on the southern Pacific island of Nauru since July 2013.