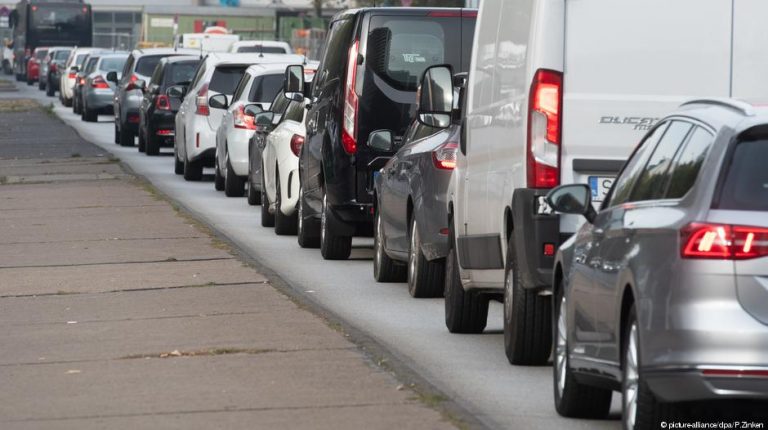 A day after the UN warned the world was “running out time” on climate change, EU ministers have battled over the extent of emission cuts on carmakers. Germany is concerned more ambitious cuts would be bad for business.European Union countries have agreed to pursue a 35 percent cut in car emissions by 2030, as part of global efforts to reduce
carbon dioxide emissions and limit global warming. The details are set to be finalized in talks beginning on Wednesday with the European Parliament and the European Commission.

Concern over a UN report on global warming released on Monday led EU environment ministers to meet in Luxembourg, where they talked for more than 13 hours in search for a compromise.

The UN Intergovernmental Panel on Climate Change (IPCC) report warned that the world was running out of time to avoid a "climate catastrophe" and that it will need to take "unprecedented" steps to avoid a dangerous rise in temperature.

Fifteen countries and the EU climate commissioner, Miguel Arias Canete, had called on the bloc to bring its emissions reductions goal in line with the 2015 Paris climate accord, but that proposal was rejected by Eastern European countries. Under the Paris deal, the EU agreed to reduce greenhouse gases by at least 40 percent below 1990 levels by 2030.

"We saw a really complicated discussion," Arias Canete said of the compromise on Tuesday, which 20 nations supported, four voted against and four abstained from. "I never believed in the beginning that such a strong support would be obtained," he added.

Several countries sought a 40 percent reduction in carbon dioxide (CO2) emitted by new cars and vans, in line with targets backed by EU lawmakers last weekand well above the 30 percent the European Commission had recommended. Tuesday's deal of a 35 percent reduction falls below the Paris agreement's goal.

"After 13 hours of negotiations, we are relieved… The compromise is in the interest of all member states," Austrian Environment Minister Elisabeth Köstinger told reporters.

Germany, which has large auto sector, backed an EU executive proposal for a 30 percent reduction in vehicle emissions by 2030, compared with 2021 levels. Berlin has warned that if targets are set too high it would hurt exports and threaten jobs.

Denmark, Ireland and Sweden, on the other hand, had pushed for more ambitious reductions and were disappointed with the deal. "This text is worse than what was on the table this morning," said Irish Environment Minister Denis Naughton.

The transport sector is the only major industry in the EU in which greenhouse gas emissions are still rising.

Tuesday's meeting also adopted the EU's position at COP24, the UN climate summit to be held in December in Katowice, Poland.