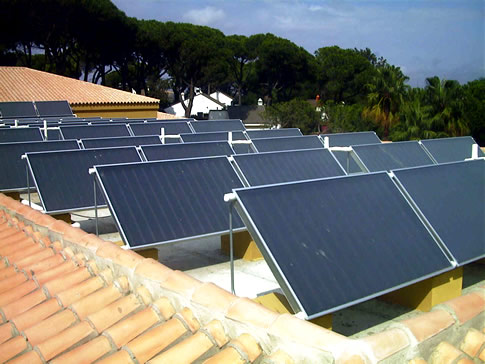 Enara Capital will be completing the implementation of solar energy projects launched in cooperation with Chinese TBEA during the first quarter (Q1) of 2019, at a cost of $200m.

CEO of Enara Sherif El Gabaly said that his company is cooperating with TBEA to implement three solar energy plants, within the second phase of the feed-in tariff, with a capacity of 150 MW, noting the construction work of the projects is underway.

He added that the feed-in tariff projects has attracted Arab and international companies to invest in Egypt, especially following the legislations and laws passed over the previous three years. The new laws offered many incentives, and facilities for the private sector, which seeks to establish renewable power plants.

El Gabaly noted that the new solar energy projects in Benban, Aswan, represent a start for the new and renewable energy market in Egypt, creating promising opportunities for attracting Arab and international companies to invest in this sector.

He continued that the expansion in the establishment of energy projects helps the state to achieve its strategy to produce nearly 37% of Egypt’s total energy produced from new and renewable sources by 2035.

He added that an agreement was reached with several participants to launch solar energy plants under the net-metering system. These projects will be financed through banking institutions, Enara Capital, and several foreign, and Egyptian investors.

El Gabaly revealed that several agreements were reached with a large number of factories and institutions working in various fields, including petrochemicals, communications, agriculture, and education, to purchase the energy produced from the company’s yet-to-be-established plants.

He added that the electricity to be sold directly to consumers from the company’s plants will cost less than its counterpart from the state electricity distribution companies.

“The duration of contracts signed with those companies will last between 15 and 25 years. The company is close to completing the studies of the plants, including the possibility of fixing the energy price throughout the contract’s period,” El Gabaly said.

He explained that Enara Energy is considering partnership and cooperation deals with Indian and Chinese companies, to implement new and renewable energy plants in the Egyptian market.

Enara Capital has contracted on establishing solar energy plants with a total capacity of 130 MW in three countries, distributed as 50 MW capacity in Kazakhstan, 40 MW in Kenya, and 40 MW in Saudi Arabia.

El Gabaly noted that the company is also planning to implement renewable energy plants inside and outside Egypt, with total capacities of 1,000 MW over the next four years.

He stressed on the company’s desire to establish wind energy plants under the build, own, operate (BOO) system in the upcoming period, after studying the local market in general.