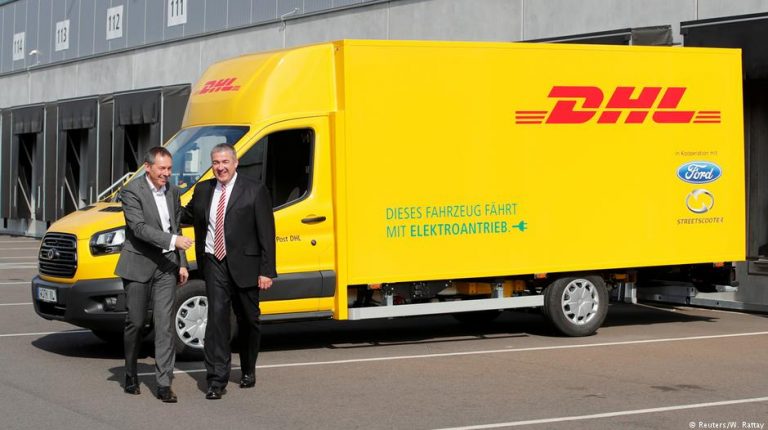 The Work XL is able to accommodate some 200 parcels. A Ford spokesman said his firm aimed to produce some 3,500 units annually, securing 180 jobs.

The model can reach speeds of up to 90 kilometers per hour (55 miles per hour) and has a maximum range of 200 kilometers, depending on road and weather conditions. The vans boast two lithium-ion batteries with a combined capacity of 76 kilowatt hours.

For an undefined initial phase, the new vans will be made exclusively for Deutsche Post.

Deutsche Post already has over 6,000 StreetScooters in operation among the 49,300 vehicles it uses for local deliveries.

The company had designed its previous StreetScooters from scratch as a delivery vehicle for inner cities.

Given such specific requirements, it was unsurprising that major manufacturers focused on the mass market looked unable to rise to the challenge.

The director of the Institute for the Automobile Economy (IFA), Stefan Reindl, told AFP news agency that firms like Volkswagen had "inflexible production chains, discouraging them from producing at small scale."

He added such carmakers tended "to overengineer" vehicles rather than pursuing the sort of minimalism that Deutsche Post was after.