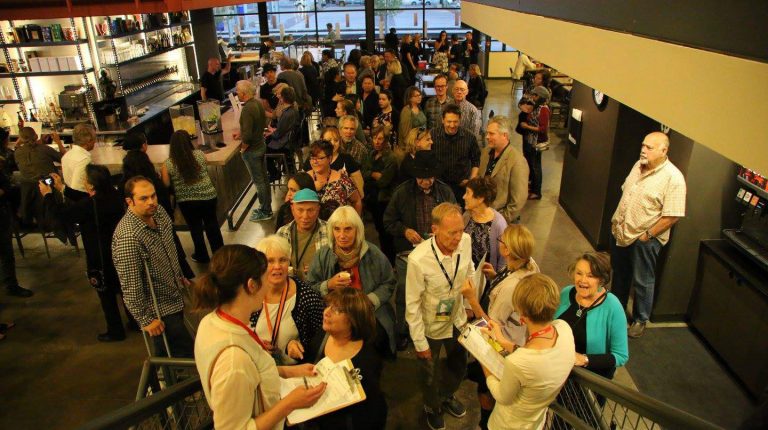 The Santa Fe Independent Film Festival will honour the city’s rich history, as a centre for Native American arts and culture, by announcing its Indigenous Film Programme, which aims to highlight the best new short film projects by indigenous filmmakers, and feature films, including indigenous themes, and subjects.

The 10th edition of the festival will run from 17 October to 21 October.

Adapted from the gripping novel by Richard Wagamese, Indian Horse depicts the dark history of Canadian Residential Schools through the celebration of hockey—main character Saul Indian Horse’s refuge from racism and abuse—and the horrific realities of these essential prisons. Executive produced, Clint Eastwood, and starring Forrest Goodluck (The Revenant), and newcomers Sladen Peltier, and Ajuawak Kapashesit (son of Winona LaDuke), this striking drama follows Saul as he tries to overcome his past, and pursue his passion for Canada’s favourite sport.

A documentary capturing the life and trials of Lawrence, a Native American coal miner, The Blessing illustrates inner conflicts. Lawrence provides for his daughter, Caitlin, by working for the very coal mining company that continues to destroy his tribe’s sacred mountain, and Caitlin explores contemporary life as a young woman while assuaging a traditional Navajo father’s expectations. The subjects, both directors, producer, and executive producer, renowned Native American actor Raoul Max Trujillo, will be in attendance.

White Ravens: A Legacy of Resistance

In the wake of the forced relocation of indigenous youth to Canadian Residential Schools, the headstrong inhabitants of the Haida Gwaii islands (also known as the Queen Charlotte Islands, an archipelago off British Columbia’s west coast, Canada) remained resilient against their oppressors, continuing to speak their native language and attempting to prevent deforestation in their lands. The insightful documentary, White Ravens: A Legacy of Resistance, reveals the longstanding abuses, addictions, and endless cycles of violence that resulted from these schools, as well as the importance of mending, and maintaining cultural roots through the voices of the Haida people.

The documentary, Cedar Tree of Life, interviews three indigenous women to discover the ancient powers, and uses for this sacred tree. Junction, another non-fiction flick, depicts life surrounding a passion for basketball on the Navajo Nation. Told through the perspective of two young Lakota sisters, the Wounded Knee massacre, deadly conditions upon the two young girls who are disastrously separated during the slaughter, in Myrton Running Wolf’s film Solider. Devon’s Forrest may be a fictional tale of heartbreak, but it reflects the astounding real numbers of indigenous women that are tragically reported missing each year. Filmed in Albuquerque, Captivity Narrative follows a man’s hunt for his outrageous doppelganger. Centred around a woman’s addiction and its hindrance of her relationship with her son, Mud is directed by Albuquerque filmmaker Shaandiin Tome