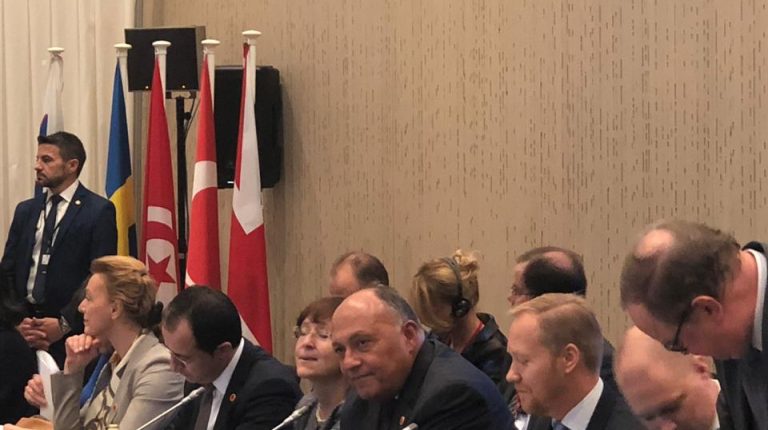 During his speech at the third regional forum of the Union for the Mediterranean (UfM), currently held in Barcelona, Shoukry said that there is an urgent need to find solutions for political disputes, and armed conflicts plaguing Libya and Syria, as well as the Palestinian cause.

Egypt frequently called for restoring national institutions to end the Libyan and Syrian crises, he added.

Egypt further asserted its support to the political solution sponsored by the UN as the sole irreplaceable path to pursue, said Shoukry.

Implementing the political solution should allow Libya and Syria to join the UfM in its joint work, as well as address other challenges in the region such as terrorism and illegal immigration, he noted.

The UfM is an intergovernmental organisation bringing together 43 countries: 28 EU member states, and 15 Southern and Eastern Mediterranean countries. It provides a platform for political dialogue, coordination, and regional cooperation.

On the side-line of the forum, Shoukry met with European Commissioner for European Neighbourhood Policy and Enlargement Negotiations Johannes Hahn, where they discussed bilateral cooperation, international, and regional issues of common interest.