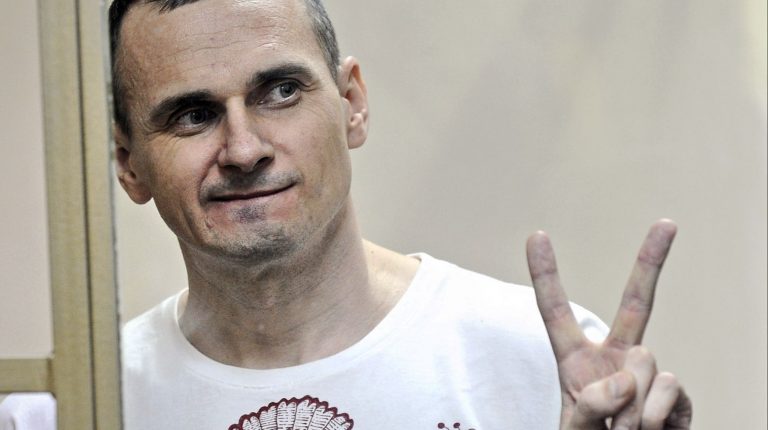 Imprisoned Ukrainian filmmaker, Oleg Sentsov, who has gone without food for over four months in protest over Russia’s human rights record, has ended his hunger strike, according to a Russian news agency report early this week.

Maksimenko said that “Moscow’s best nutritionists” had come up with a special diet, to help Sentsov return to a normal eating pattern.

Sentsov’s story started on the night of 10 May 2014, when members of the Russian Federal Security Service (FSB) arrested him at his home in Simferopol, the capital of Russian-occupied Crimea.

According to Russian government-affiliated media, the North Caucasus District Military Court sentenced him to 20 years behind bars, on charges of setting up a terrorist cell in Crimea and plotting terror attacks. In the spring of 2014, the group’s members carried out two terror attacks in Simferopol, setting fire to the offices of Crimea’s Russian community non-governmental organisation, and a regional office of the United Russia party.

Best known for his 2011 film “Gamer”, Sentsov lived in Crimea’s capital of Simferopol, and was active in protests against then-President of Ukraine Viktor Yanukovych, who led a pro-Kremlin government before he was removed from office in February 2014. As Russia took control of Crimea in 2014, Sentsov became an outspoken critic of Putin’s disregard for the sovereignty of Ukraine, and delivered food to Ukrainian soldiers blockaded in bases by Russian military.