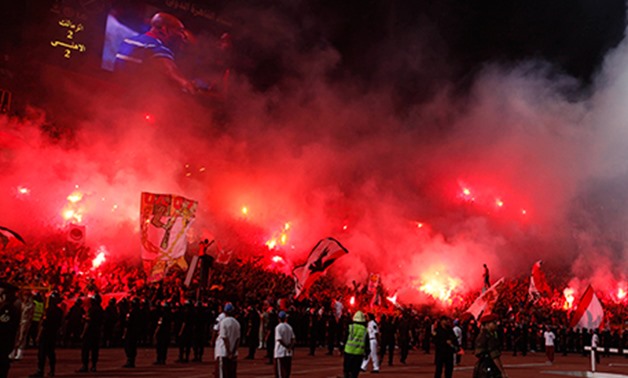 The Court of Cassation headed by Magdy Abu Al-Ela accepted on Tuesday an appeal filed by the lawyer of five members of the Al Ahly Sporting Club fan group “Ultras Ahlawy”, against their 15 year prison sentence  and ordered their retrial in front of another criminal court.

The members are accused of inciting violence during a basketball match between Al Ahly club and Zamalek Sporting Club in December 2014.  Security forces arrested the defendants while attempting to storm Al Ahly club to attend the match. Clashes erupted between both sides inside the club’s indoor hall where the match took place.

After nearly six years of banning football fans from attending local matches, Egypt is currently allowing—for the first time since deadly riots in 2012—a limited number of fans to return to stadiums.

Football fans were banned from attending local matches in 2012 after 72 supporters died in clashes in a February stadium riot at a game in Port Said between local club Al-Masry and Al Ahly.

In May 2015, an Egyptian court banned all hardcore football fan groups, known as Ultras, due to terrorism accusations, considering all their activities illegal.