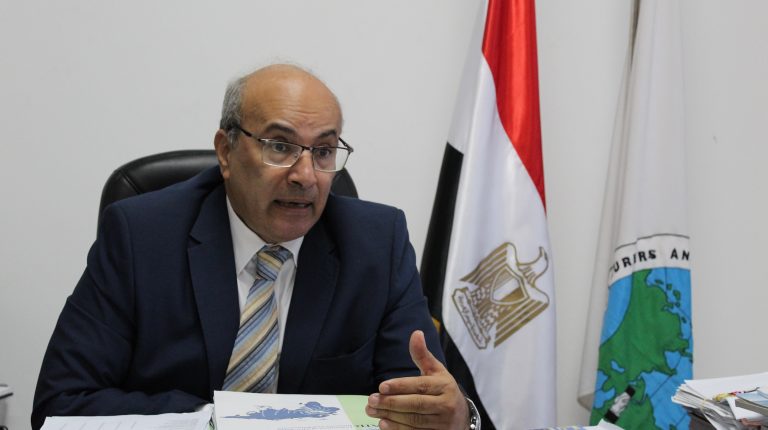 The Egyptian insurance market is one of the oldest in the region. it has shown a welcome degree of resilience in recent years. Despite of its long history, the market remains at a relatively nascent stage of growth, compared to those in more advanced economies.

Hence, the contribution of insurance in the total growth domestic product (GDP) is still very limited. For that purpose, Daily News Egypt interviewed Adel Mounir, the secretary general of the ‎Federation of Afro Asian Insurers and Reinsurers (FAIR), to learn more about the reasons beyond this limited contribution.

The interview also touched on the opportunities of growth in Egypt and the Middle East, in addition to important issues that nowadays affect insurance in Egypt, including the establishment of an Egyptian reinsurance company, the transcript for which is below, lightly edited for clarity:

In your opinion, why is the contribution of insurance in the  GDP still very limited at 1.1%?

The GDP itself, as a productive factor in the country, is very limited, when compared to the Egypt’s population size.

Additionally, there is a lack of insurance awareness, which is, in my opinion a result of the fact that all industry bodies have not paid efforts to raise public awareness about the benefits of insurance to citizens, before corporations, and institutions.

Hence, we could say that the most important driver for increasing the limited contribution of insurance to the GDP is the spread of insurance awareness among Egyptians.

I think that when the strategy and projects of the Financial Regulatory Authority (FRA) are completed, the contribution of insurance in the GDP may rise to reach about 2.5-3%, in the next five years.

You mentioned that the FRA has projects that will increase the contribution of  insurance in the GDP, can you tell us what are these projects?

The FRA is currently working in developing law number 10, which was issued in 1981. It is a comprehensive law for all individual laws that affect insurance, such as compulsory insurance, private funds, takaful insurance, micro, and medical insurance.

Thus, all of the aforementioned types of insurance will remain under the umbrella of one law, which is the comprehensive law number 10 of 1981, and this will lead to having a strong insurance platform.

In terms of the FRA’s projects, there are several projects, such as insurance on students, who represent 18 or 20 million in Egypt, in addition to insuring governmental buildings.

All these will double the premiums, and of course the contribution of the insurance to the GDP.

In your opinion, what was the effect of the pound floatation on the insurance industry in Egypt?

The Insurance Federation of Egypt (IFE), in cooperation with the FRA, and insurance companies played an important role, to ensure people were aware about this point, other people quickly re-evaluated their insurance amounts, while others waited until the renewal date of their premiums came, In all cases, this re-evaluation attained a high growth rate in premium values in Egypt for two consecutive fiscal years (FY), as each year there was about a 30% increase.

How can you evaluate growth opportunities in the Middle East, and what chance does Egypt have .in these opportunities?

There are great opportunities in the six Gulf countries, as they developed a medical insurance law through their insurance companies and not through their ministries of health. I mean to say that they have huge growth opportunities, which cannot be compared with Egypt, due to the compulsory insurance.

Having said that, the compulsory insurance on Gulf countries is represented in vehicles and medical insurance, as they make up 70% of their insurance.

For example, if we estimate that the premiums of life insurance in Egypt are worth EGP 8bn, we will find that we have other EGP 8bn in insurance of private funds.

In brief, the size of the market is remarkable, and the growth potential is enormous.

The normal growth rates achieved every year is about 10% in non-life insurance, and 15% in life insurance, but I think if companies introduced new insurance products, used good marketing methods, paid more attention to customers and benefited from technology, these growth rates could be doubled.

How can you evaluate insurance progress in Egypt?

I expect that it will soon reach 45%, compared to 55% of non-life insurance.

I forecast that within three years, life insurance in Egypt will increase to reach 60%, in comparison with only 40% of non-life insurance.

We heard news of you thinking of establishing an Egyptian reinsurance company, what is your opinion?

According to our studies, we found that the establishment of the company requires a capital of $200m, and company must be present in more than one country to obtain a credit rating.

Then, the matter was presented to the Egyptian market, which paid only about 20% of the value of the capital, and foreign partners refused to participate in the capital of this company.

Bear in mind that the Insurance Holding Company was the one who wanted to manage the new reinsurance company, so foreign investors were not eager to enter into a partnership with the government.

But, in my opinion,  if the IFE takes the initiative to establish this company, and follow-up with the local insurance market that consists of 36 companies, this company could be established.

Is it possible to revive the old Egyptian Reinsurance Company again?

The idea of integration exists all over the world. There are small companies that are asking for docking with large companies, because it is difficult for small companies to compete in the market with bigger companies.

And mergers lead to increases in the share price of the small company, as they merge with the shares of the large company, and this was the thought at the time of insurance companies’ merger, where there were two companies, Misr and Al-Sharq, competing for the insurance portfolio, and the competition was based on lower insurance prices.

Notably, the owner of both companies is the same, which is the Egyptian government represented by the Ministry of Finance, so the government prefers to merge companies together, with the aim of increasing net profits, and maintaining the insurance portfolio.

Concerning the merging of the Egyptian Reinsurance Company, the government only considered the economic return, and did not consider the social return, or the economic power of Egypt in the case of that company’s existence, as its existence was breaking the global monopoly for reinsurance, and provides an Egyptian cover for insurance companies in the country.

It helps in achieving balance when negotiating with reinsurers companies on prices.

IF we go back to 1956, during the “tripartite aggression” against Egypt, and the withdrawal of both England to cover the reinsurance on Egyptian ships, which led to an economic blockade, and the ships were unable to navigate. Without the intervention of Russia, at the time to cover the reinsurance, the ships would not have been allowed to navigate. Thus, this event led to the Egyptian government conclusion about the importance of the existence of an Egyptian reinsurance company.

What is FAIR’s plan in the next period?

The FAIR is a regional union, that has 270 members from 53 countries globally, and it provides them with networking opportunities, and we conducted reinsurance conventions, to increase reinsurance deals between countries in Africa and Asia, and this is considered an important economic target.

It will be first of its kind in the Middle East, and it is expected to be attended by about 120, 150 either medical companies, companies that offer medical services, and by medical insurance companies worldwide.

Having said that, this academy will be an important shift in insurance in the Asian and African countries, and will promote the insurance industry globally.

Considering new development governmental projects, do you expect an increase in the insurance portfolio in Egypt?

Of course, because development projects lead to increasing the income, and thus increase the amount spent on insurance along with increase insurance awareness.

In that context, I hope that insurance becomes essential in the lives of people, and not additional thing, or a luxury.

Notably, I think that the new generation become more aware about the benefits of insurance and its importance, so I think this will lead to increasing the insurance portfolio in Egypt.

By what percentage do you expect an increase in the insurance portfolio?

Now, Egyptian people spend about $15 or $20 on insurance, I think within five years the Egyptian citizen could increase his spending on insurance to reach about $40 or $50.

I also forecast, that the contribution of the insurance to the GDP could increase to reach 2.5% within a period of three to five years, instead of 1.1% nowadays.

How can you evaluate the Egyptian insurance market in Africa and Middle East?

Egypt is ranked the third in Africa after South Africa and Morocco, and Egypt is followed by Nigeria.

What will be FAIR`s role in the Sharm El Sheikh Rendezvous for Insurance and Reinsurance that will kick off on 28 October?

We have a cooperation protocol only for helping, but we are not involved in organising the Rendezvous.  Meanwhile, we support the IFE and Arab Union for Insurance. We hope for a successful conference because it is considered a very good promotion opportunity for the Egyptian insurance industry. I expect that the Rendezvous will be attended by about 400 or 500 company, 50% of which are international companies.

What are your hopes for the Egyptian insurance industry?

In terms of insurance, I hope to see insurance contributing to the GDP by about 3 or 4%, and to see Egypt as a leading country in the insurance market.

Google Plus social network to shut down after major security lapse