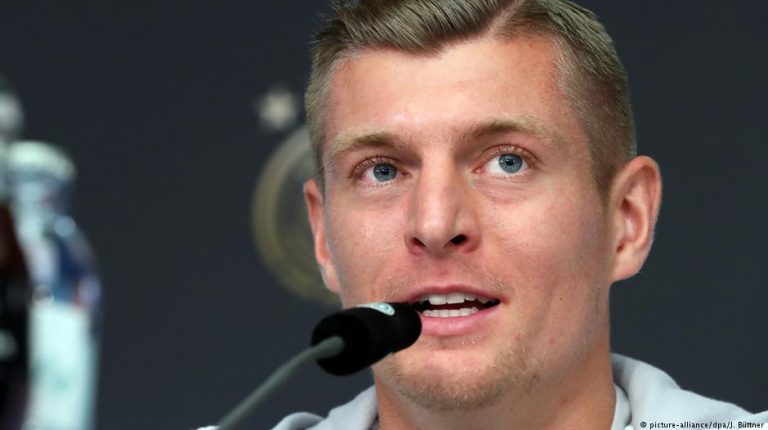 After former Germany international Michael Ballack admitted he was surprised Joachim Löw kept his job after the World Cup debacle, midfielder Toni Kroos has leapt to his coach’s defense.It was tongue-in-cheek but there was still a venom in Toni Kroos' response to Michael Ballack's criticism of Joachim Löw.

"Perhaps he just wanted to take his job," said Kroos, after former Germany captain Ballack had told DW he was surprised Löw was still in charge of the national team following the World Cup debacle in Russia.

"I'm convinced that we can get back on track with Jogi Löw," said the ever loyal foot soldier. "He's proven over many years that he's willing to refine himself. He absolutely deserves another chance."

Ballack sat down with DW this week, speaking candidly on a range of topics, with the former Bayern Munich, Bayer Leverkusen and Chelsea midfielder particularly outspoken when it came to his former Germany coach.

"I was surprised as well as many other people that he kept his job," Ballack told DW. "For a long time he worked with the team and sometimes you should say that things don't work anymore when you're so long with a certain team."

Germany were left in crisis mode after being knocked out in the group stages of the 2018 World Cup, but the DFB decided to back Löw to continue as coach.

Kroos' defense at the very least shows that the current Germany squad are still very much behind their boss, who led the nation to World Cup glory in 2014.