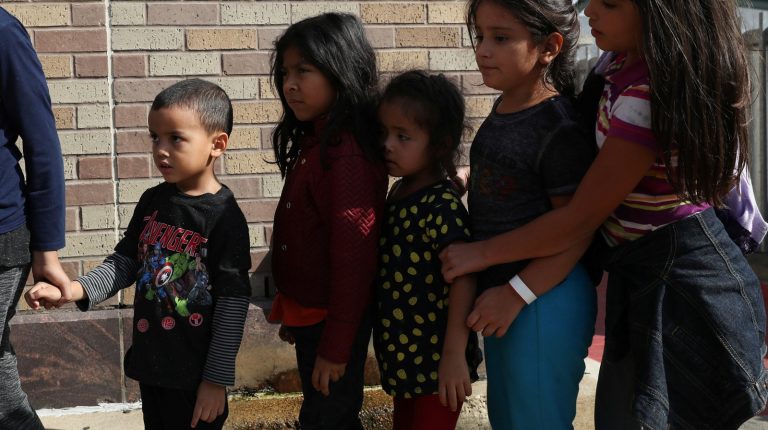 New York – On June 16, 2015, Donald Trump announced his candidacy to the presidency and set the tone of his priorities. The elimination of illegal immigration to the United States, mainly from refugees fleeing from poverty and violence in Mexico and Central America was one. He didn’t say at the time that his policies included separating children from their parents, some of whom might never meet again.

Immigrants come to the U.S. from Mexico and Central America try to escape abject poverty and food insecurity in their own countries. In Mexico, 2016 data reveal that 52.3% of children over 11 years old live under the poverty line, and 9.7% live in extreme poverty. Among indigenous children, the figures are more startling. Near 80% of them live under the poverty line, and 18.9% show symptoms of chronic malnutrition, a reflection of their unhealthy quality of life.

As in other Central American countries, stunting and malnutrition in Honduras children are major concerns, particularly for those living in rural areas. It is estimated that 75% of the Honduran population live in extreme poverty and 12% of households are food-insecure. In rural areas, chronic malnutrition can be as high as 48.5%.

In El Salvador, 16.3% of rural Salvadoran families cannot cover the costs of basic needs. 18.9% of children under age 5 experience chronic malnutrition, a figure that increases to 25.6% for those children living in rural areas. In addition, El Salvador is one of the countries with the highest presence of violent juvenile gangs called “maras”.

Nicaragua, which is going presently through a time of considerable social unrest, is considered one of the poorest countries in Latin America. Approximately 29% of households live in poverty, and 8.3% live in extreme poverty. The highest rates of child chronic malnutrition occur in what is called the northern Dry Corridor, with rates of almost 30%. According to the World Food Programme, 300,000 people are in need of food assistance.

Poverty in Central America is due to factors intrinsic to the countries themselves such as a modern form of feudalism, profound inequality, rampant government corruption, and to foreign interference. The U.S. has influenced their political and economic situation by helping to overturn democratic governments, as in Guatemala and Honduras, or supporting anti-democratic elements, as in the case of the death squads in El Salvador and the “contras” in Nicaragua.

This dismal picture of poverty and violence explains the desire of those people to seek better conditions for them and their children. “We leave our countries under threat. We leave behind our homes, our relatives, our friends. We are not criminals, we are people living in fear in our countries,” told Maritza Flores, a Salvadoran woman, to the BBC.

It is in this context that families come to the U.S., where children are separated in the border from their parents, in some cases permanently. More than 2,300 children were removed at the border between 5 May and 9 June 2018. Children are placed in shelters where they do not always receive the care they need. Separating from their parents produces considerable anguish and depression in those children, many of whom become violent and suffer psychological effects. The president of the American Academy of Pediatrics calls these policies “child abuse”.

President Donald Trump doesn’t hide his dislike for immigrants, both legal and illegal, and forgets the contributions immigrants have made, in all fields of activity, to the US. In the meantime, children become pawns for his policies on immigration. In his infantile view of the world, President Donald Trump doesn’t seem to realize that his decisions on immigrant children are not a policy, they are cruelty.

César Chelala is a co-winner of an Overseas Press Club of America award and two national journalism awards from Argentina.

Florence Kasumba: Between Germany and Hollywood

How Erdogan fills a political gap for German-Turks