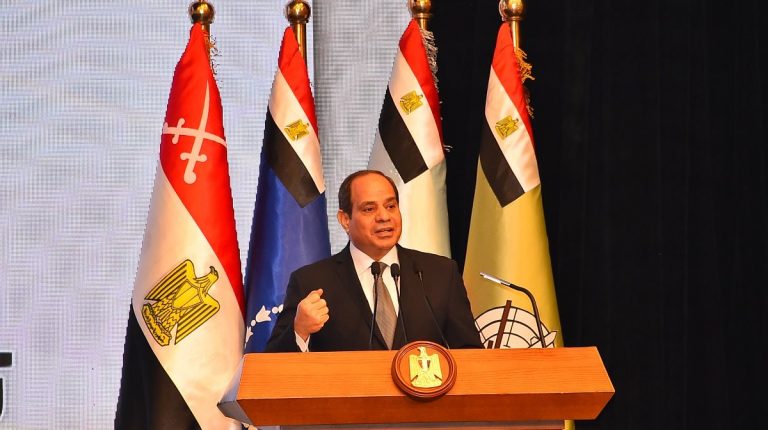 During a talk with military personnel in Cairo, President Abdel Fattah Al-Sisi said on Thursday that the Egyptian state wants to retrieve officer-turned-militant Hisham Al-Ashmawi in order to hold him accountable for the crimes he committed.
Al-Sisi said so during a comparison between Al-Ashmawi and another officer named Ahmed Al-Mansi who was killed in action during clashes with militants in North Sinai. Al-Ashmawi was arrested on Saturday by the Libya National Army.
“The difference between Al-Ashmawi and Al-Mansi, is that one was confused and might have committed treason, but the other offered his life to protect the country,” the President said.
The president also congratulated the personnel of the armed forces for the 45th anniversary of the October War. “The big differences in power did not deter Egypt or its army. It was like one driving a SEAT and the other a Mercedes,” the president said.
He added that “the outcomes of the war are a form of miracle. The losses led Israel to accept the peace treaty. There were thousands of dead, and they were not willing for it to repeat itself.”
“If the Egyptian army succeeded in doing this in the past, it would succeed in doing it every time. Israel hasn’t suffered so many losses since the October War and to this day,” he concluded
Topics: Abdel Fattah Al-Sisi Hisham Al-Ashmawi