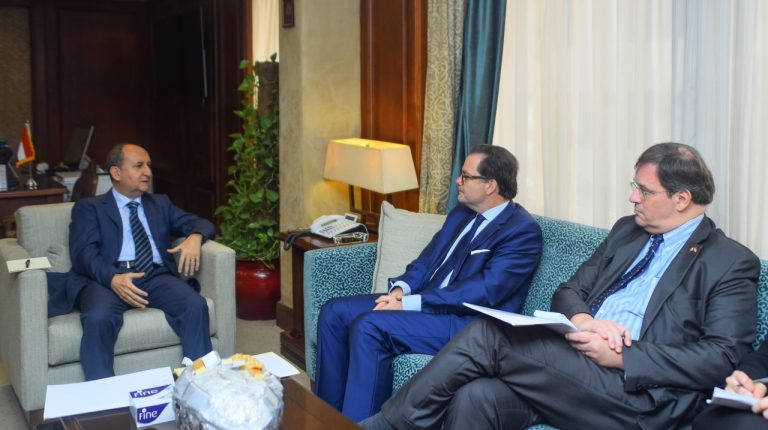 The volume of trade exchange between Egypt and France during the first eight months of this year amounted to $1.459bn, Minister of Trade and Industry Amr Nassar revealed during his meeting with the French Ambassador to Egypt Stefan Roumtier. Of this amount, $460m represents Egyptian exports and the remaining $999m represents imports.

Meanwhile, the main Egyptian imports from France, according to the SIS, include cereals, organic chemical products and pharmaceutical products, as well as aromatic oils, various chemical products, aluminium and its products, nuclear reactors, electrical machinery and equipment, and optical instruments and devices.

During the Minister’s meeting with the French Ambassador, they discussed the future of economic relations between the two countries and ways to attract more French companies to invest in the Egyptian market.

For his part, Ambassador Roumtier announced that a delegation of leading French companies in the field of medicine and medical equipment will visit Egypt next month to discuss investment opportunities in the Egyptian market. He pointed out that the visit also aims to boost trade exchange between both countries in the area of medical products and equipment.

Ambassador Roumtier praised the economic reforms implemented by the Egyptian government during the last two years, including financial and legislative reforms, noting that these reforms played a pivotal role in restoring Egypt’s position as one of the dominant markets in the Middle East and Africa.

“These reforms have been important in attracting a large number of French companies to direct their investments towards the Egyptian market,” he assured.

Moreover, the meeting also dealt with preparations for the upcoming visit of French President Emmanuel Macron next year. This will be the French President’s first visit to Egypt since his election in May 2017.

A meeting of the Egyptian-French Business Council has also been planned during the President’s visit, to discuss ways to strengthen economic and trade relations between the two countries.