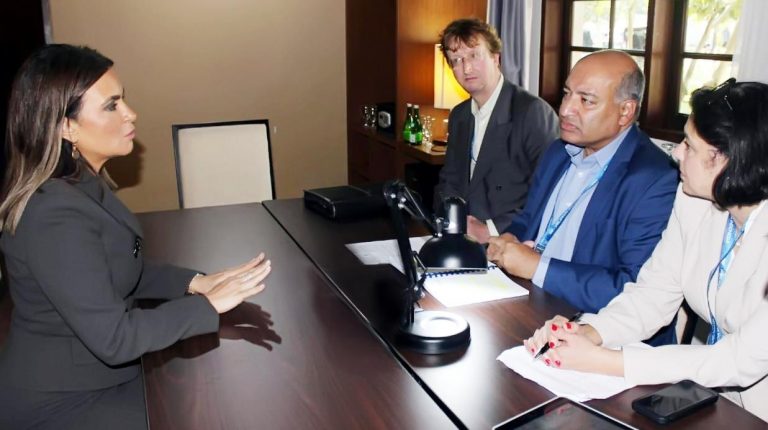 On Saturday, Nasr and Chakrabarti discussed activating the previously announced plans to establish a foreign investment advisory board in Egypt.

The MIIC announced in a statement that Egypt’s foreign investment advisory board is set to hold a dialogue platform that brings together the Egyptian government and major companies investing in the local market.  The platform will promotes Egypt’s investment opportunities. Nasr and Chakrabarti also discussed boosting the bank’s investment in Egypt and Africa.

Chakrabarti praised the success of the Benban solar energy projects, affirming the EBRD’s keenness to support energy and infrastructure projects in Egypt.

He also stressed the EBRD’s support of Egypt’s efforts to diversify the country’s energy resources, noting that the bank will continue its investment in Egypt in several areas: energy efficiency, renewable energy, small and medium-sized enterprises (SMEs), and governance in both the public and private sectors.

For her part, Nasr stressed Egypt’s sturdy relation with the EBRD, noting that the bank has financed about 49 projects in Egypt so far, with investments worth €2.6bn.

The minister praised the EBRD’s contribution to the development of agricultural, infrastructure, and transportation sectors in Egypt. She also invited the EBRD to participate in the Africa Forum 2018, which will be held on 8 – 9 December in Sharm El Sheikh.

The MIIC’s statement noted that Nasr discussed with Guterres boosting development projects with Egypt and empowering women, pointing out that Egypt has a leading role in spreading peace in the Middle East.

Nasr asserted that Egypt is keen on supporting the environment-friendly projects, including renewable energy and sustainable infrastructure, adding that the government collaborates with the private sector to support innovation projects with the aim to boast the country’s economic growth.