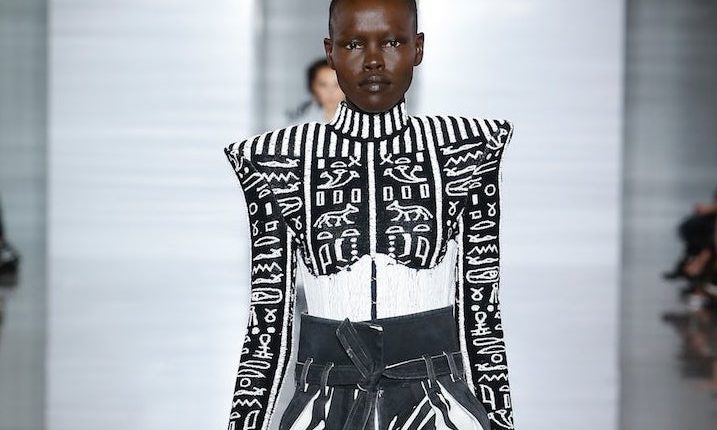 At a time when humans were merely attempting to survive each day at a time, they were building a civilisation for their descendants, thousands of years in the future. Ancient Egyptians have mesmerised humans for centuries after their time, and their heritage has been celebrated through various forms of expression.

With that said, the fashion world has always been the biggest fan, and most accurate narrator. Many of the world’s most celebrated designers have competed to reinterpret this vast theme, adding their own vision to an enchanting era.

While the world’s most renowned designers have been running towards the future with minimalistic and progressive collections during Paris Fashion Week, Balmain chose to combine the past with the present. The French luxury fashion house looked to the 7000-year civilisation to visualise the summer-spring 2019 collection.

Known for magnificent tailoring and unorthodox materials, Balmain, under the creative directorship of Olivier Rousteing, turned mummies into a fashion uniform for the upcoming season. Bandages were used as an inspiration for several deconstructed dresses, certainly embracing the brand’s signature silhouettes. At the same time, the designer was also tempted by the visual identity of Heliographic patterns. Many of the collection’s show-stopping designs carried these symbols on their sleeves.

According to Rousteing, his true source of inspiration was, in fact, Paris: the “City of Lights” hosts impressive obelisks, pyramids, and columns that date back to Napoleon’s campaigns in Egypt. The collection also embraces a white and black colour pallet that speaks of light and confidence.

Balmain was founded in 1945 by Pierre Balmain. After its founder, many designers have served as creative director of the Parisian luxury house, notably Oscar De La Renta. Rousteing arrived to the coveted position in 2011. His work has successfully managed to bring the brand closer to a younger audience, and revive its legacy.