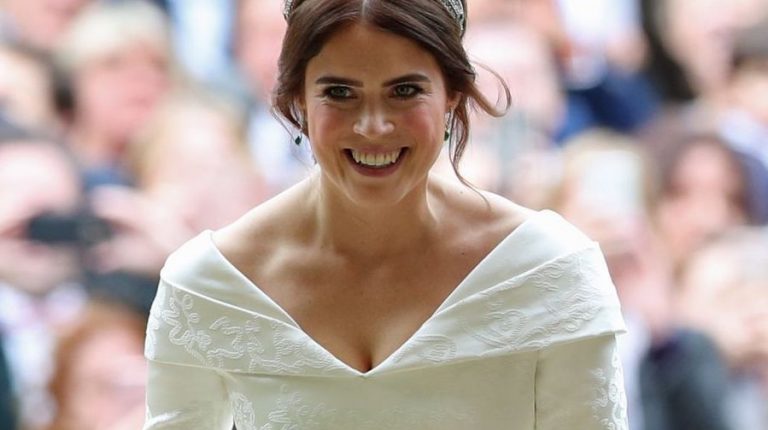 For the second time this year, the world’s attention was directed towards the royal Windsor Castle in Berkshire, South East England. After a highly followed relationship, Eugenie, daughter of the queen’s third child, the Duchess of York, tied the knot with wine merchant Jack Brooksbank in a fairytale-like ceremony. The bride charmed the international audience with a classic ball gown, designed by British designers Peter Pilotto and Christopher De Vos. 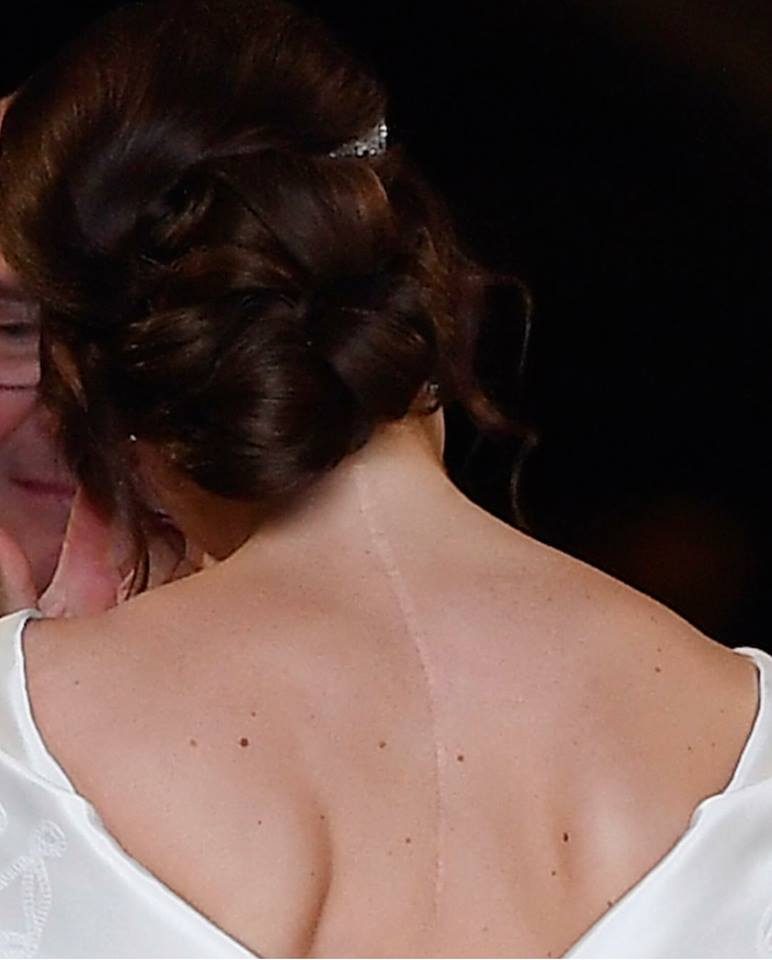 As the tradition goes, the designers’ identity was not revealed until the princess stepped out from the chapel. Eugenie flaunted a few of dresses in previous occasions. In this special occasion, she relied on the duo to make her dream gown.

According to both the palace and designers, the princess specifically asked for a low back dress. During an interview ahead of the wedding, Eugenie said that she wanted to reveal her scars from surgery she underwent to correct scoliosis when she was 12.

“I think you can change the way beauty is, and you can show people your scars and I think it’s really special to stand up for that,” she told the Daily Mail. As for the rest of the fabric, the designers managed to weave expressive motifs that paid homage to the couple’s background.

“Thistle for Scotland acknowledging the couple’s fondness for Balmoral, a Shamrock for Ireland as a nod to the Bride’s Ferguson family, the York Rose and ivy representing the couple’s home,” the palace said in a press release.

“Peter Pilotto and Christopher De Vos have reinterpreted these symbols in a garland of rope-like motifs, woven into a jacquard of silk, cotton, and viscose blend,” the palace added.

The true cherry on top was the 1919 Greville Emerald Kokoshnik Tiara, which has been lent to Eugenie by the Queen. It is “made of brilliant and rose cut diamonds pavé set in platinum, with six emeralds on either side,” stated the royal family.

Eugenie also wore diamond and emerald drop earrings, which are a wedding gift from Brooksbank. As for her footwear, the princess chose peep-toe high heels by Charlotte Olympia.

Opinion: What we say when we talk about race

Dressing for the queen: A royal wedding dress code