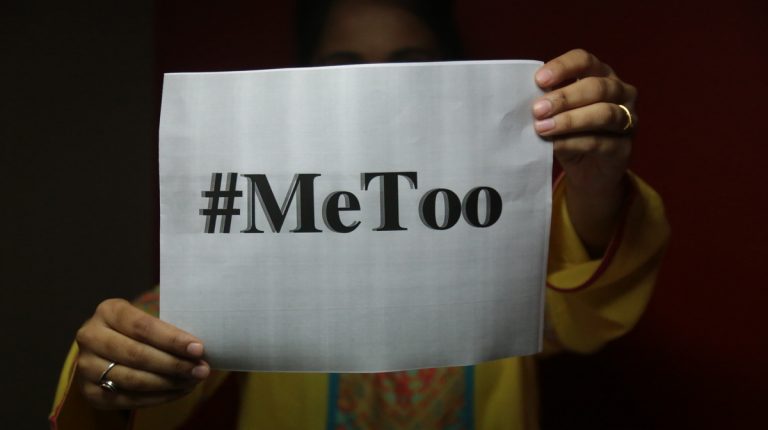 On 5 October 2017, the New York Times published an article titled “Harvey Weinstein paid off sexual harassment accusers for decades.” Several female actors claimed that Hollywood’s most powerful film mogul sexually abused and coerced them. Many actors’ careers were only made possible by being in the good graces of the powerful producer. When the press shed the spotlight on the issue prompting more people to talk freely of their bad experience, it seemed that many people already knew about what was going on, but deliberately overlooked it.

Over 75 women around the globe—including actresses Angelina Jolie, Rose McGowan, and Ashley Judd—have accused Weinstein of misconduct, whether sexual harassment or rape. Many of those claims passed their statute of limitations and can no longer be prosecuted, according to several American media outlets.

The misconduct reports against Weinstein led to the rise of the #MeToo movement involving sexual assault survivors who publicly came forward with several stories of sexual harassment in the business, politics, media, sports, and entertainment fields.

Powerful players in the entertainment industry distanced themselves from the disgraced producer after the accusations became public. The Weinstein Company’s (TWC) board fired Weinstein, and later filed for bankruptcy in March.

After the scandal surfaced, film festivals have been providing hotlines for people who encounter, or want to report, any sexual misconduct. 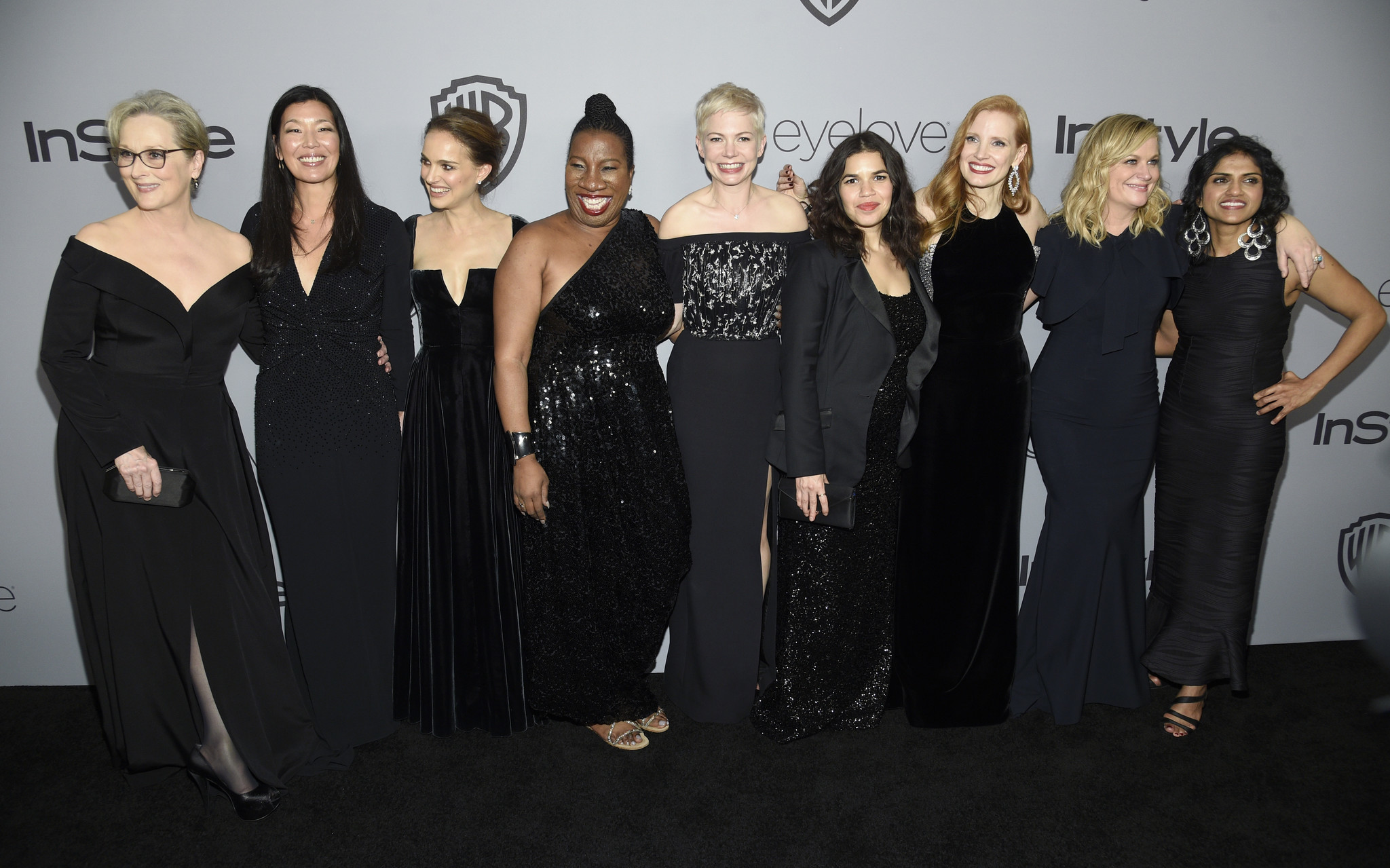 Far beyond Hollywood’s glimmering lights, women all over the world, men as well, who experienced similar violence made their voices heard under the #MeToo hashtag on social media. The hashtag was used by about 200,000 users on Twitter in its first day.

By day two, that number rose to more than half a million. Women and men briefly described what happened with them.

The #MeToo hashtag was trending on Twitter in over 85 countries, spurring offshoots in other languages.

More sexual assault cases were revealed in the music, politics, and business sectors. Names such as George W Bush, Bill Clinton and Donald Trump were involved, with high-ranking politicians in other countries also were accused.

The scandal extended to the fashion industry. Condé Nast, the American publisher of major magazines, such as Vogue, Vanity Fair, and GQ announced it will no longer deal with photographer Terry Richardson, after the Sunday Times wondered in an article why he was still working for prestigious fashion magazines despite being frequently accused of sexual assault.

In January 2018, the famous photographers Mario Testino and Bruce Weber were also suspended from working with different fashion magazines after the New York Times published testimonies of fashion models accusing them of sexually exploiting them.

The European Parliament member from Germany’s Green Party Terry Reintke revealed how she was a victim of sexual attack in Duisburg in September 2017.

In the aftermath of the #MeToo debate, the EU Parliament decided to deal with similar occurrences within its walls. The legislature passed a resolution that the harassment and assault cases were to be investigated, cleared up, and sanctioned.

American actor Anthony Rapp claimed through the online magazine BuzzFeed that House of Cards’ lead actor Kevin Spacey made unwanted sexual advances towards him when he was 14.

Spacey came out as gay in an apology to Rapp. A growing number of men also accused the star of sexual misconduct, including 20 employees of London’s Old Vic theatre. Spacey was an artistic director at the Old Vic between 2004 and 2015.

Netflix, producer of House of Cards, decided to continue the series without Spacey, while Ridley Scott reshot Spacey’s scenes in his already completed film ‘All the Money in the World,’ replacing the disgraced actor with Christopher Plummer.

American Author Anna Graham Hunter wrote in Hollywood Reporter a column titled “Dustin Hoffman Sexually Harassed Me When I Was 17,” recounting her experience as an intern on the set of the 1985 film Death of a Salesman.

In the following weeks, six more women revealed their similar cases from the ‘70s and ‘80s.

That same day, British Defence Minister Michael Fallon stepped down. According to a report in the British newspaper The Guardian, Fallon had inappropriately touched journalist Julia Hartley-Brewer multiple times on the knee during a dinner back in 2002, until she threatened to slap him.

The Swedish Academy, which awards the Nobel Prize in Literature annually, was also rocked by a scandal. The husband of one of the academy’s members was accused of sexual assault. His name was later revealed. French photographer Jean-Claude Arnault was also a prominent figure of Sweden’s cultural scene. In October 2018, he was found guilty of rape.

The American magazine Time announced its annual Person of the Year, to be “The Silence Breakers,” following Angela Merkel (2015) and Donald Trump (2016), shedding the light on people who spoke out as part of the #MeToo movement.

The accompanying article included the original founder of the term “MeToo,” Tarana Burke, as well as participating stars in the movement, such as Taylor Swift and Ashley Judd. The magazine underlined that its yearly selection was about honouring people who, in whatever form, impacted social debates. In 2017, the magazine said, these people were the innumerable “Silence Breakers.”

Over 300 women from the American film industry started the foundation “Time’s Up” against sexual harassment. Hollywood stars such as Meryl Streep, Nicole Kidman, Julianne Moore, Salma Hayek, Scarlett Johansson, Jennifer Lawrence, Susan Sarandon, Uma Thurman, and Cate Blanchett were among its supporters. As of February 2018, it has raised $20m for its legal defence fund, and gathered over 200 pro bono lawyers. The fund provides subsidised legal support to people who experienced sexual harassment.

The first specific allegations in the German film industry were made. Actresses and former co-workers accused director Dieter Wedel of violent and sexual harassment in the 1990s.

Back then, Wedel was in charge of highly successful German TV films and series, and known for his iron-fisted approach on set. Several actresses spoke of harassment, even rape, in hotel rooms. Wedel denied the allegations and announced he would take legal action.

At the Golden Globes Awards ceremony in Los Angeles, most guests showed up dressed in black out of solidarity with the #MeToo movement and the victims of sexual violence.

Oprah Winfrey made a rousing speech. “For too long women have not been heard or believed if they dared to speak their truth to the power of those men. But their time is up,” the talk show host said.

Nobody, she added, should ever have to say “me too” again. The audience and millions of TV viewers were so enthralled by Winfrey’s words that many would like to see her as a candidate for the next US presidential election.

Comedy star Bill Cosby was found guilty in a sexual assault trial based on a case from 2004. Many other women came out with similar accusations.

On 25 September, he was sentenced to three to 10 years in prison for sexual assault.

The New York Times reported that Italian actress Asia Argento, one of the prominent Harvey Weinstein accusers, had allegedly assaulted former co-star Jimmy Bennett while he was still a minor. In the following month, Argento’s lawyer issued a statement on 6 September claiming the actress was the victim of a “sexual attack,” not Bennett.

A hearing was held to question US Supreme Court candidate Brett Kavanaugh and Christine Blasey Ford, who had accused him of sexually assaulting her while they were in high school.

The Federal Bureau of Investigation conducted a whirlwind investigation after the testimony. However, the Senate voted for Kavanaugh on 5 October to be the 114th associate justice of the supreme court.

The 2018 Nobel peace prize was awarded to Denis Mukwege and Nadia Murad for their efforts to end the use of sexual violence as a weapon of war.