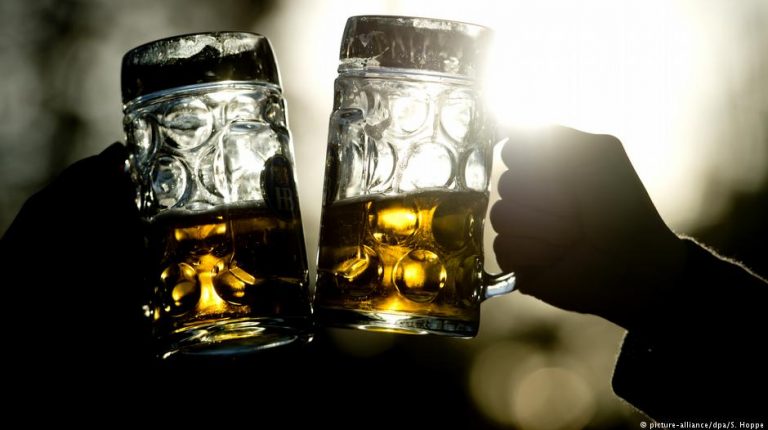 Increasing droughts around the world may reduce barley yields, resulting in shortages of beer, a fall in global consumption and a rise in prices for the beloved beverage around the world, a new study finds.Bad news, beer lovers: Climate change doesn't just cause rising sea levels — stronger hurricanes and more intense wildfires, it could also disrupt the global beer supply, causing severe shortages.

That's because increasingly severe and widespread droughts and heat could trigger a worldwide decline in yields of barley, beer's main ingredient.

This could result in a rise in beer prices and a corresponding drop in beer consumption, suggests a new international study conducted by the University of California, Irvine, and the United Kingdom's University of East Anglia (UEA), among others.

For the study, researchers from the UK, China, Mexico and the United States identified extreme climate events and modeled the impacts of these climate events on barley yields in 34 world regions.

They then examined the effects of the resulting barley supply shock on the supply and price of beer in each region under a range of future climate scenarios.

"It's the first time this has been done," study coordinator and lead UK author, Dabo Guan, told DW.

The professor of climate change at UEA said they wanted people in western and developed countries to be aware that climate change will seriously impact their private lives.

"They may not suffer hunger from climate change the way people in developing countries will, but their quality of life will seriously decline," he added.

Results from the new study reveal potential average yield losses ranging from 3 to 17 percent, depending on the severity of the conditions.

During the most severe climate events, the results indicate global beer consumption would decline by 16 percent, or 29 billion liters (76.6 billion gallons), which is roughly equal to the total amount of beer consumed in the United States annually.

Even in milder scenarios, the study shows beer consumption could drop 4 percent, while beer prices could rise 15 percent.

Where would the beer run out?

Countries that have consumed the most beer per capita in recent years would also be affected most in terms of absolute beer consumption.

With 1.4 billion citizens, China is now the number one country when it comes to beer consumption by volume. With increasing extreme weather events, beer consumption there could fall by 4.34 billion liters — translating into roughly 10 percent of current consumption.

In the US, beer consumption could drop 20 percent as droughts and heat waves strike. Some Americans might just have to give up certain popular drinking games, such as beer pong and keg stands.

In Germany — a country famed for its pilsner — beer consumption could decrease by roughly 30 percent. That would make for a very different Oktoberfest.

And in the UK, consumption could fall by more than a third, while the price of the beloved tipple could as much as double.

Changes in barley supply would affect the amount available for making beer in each region differently, as distribution of the grain for livestock feed, beer brewing and other uses depends on region-specific prices.

Certain beer-loving European countries would be hit hardest by high prices, thanks to an average drop of 27 to 38 percent in the supply available for breweries in more extreme weather event years.

"In terms of relative change, the most affected countries are Eastern European countries, such as Estonia, Poland, and the Czech Republic. Their price is going to increase six or seven times," Guan said. "So a bottle of beer that's currently 70 cents will cost $3.50 [€3]."

Read more: 6 things you can do to avoid climate catastrophe

Read more: Water and climate change: 'Era of stable abundance is over'

Although these EU countries brew a lot of beer, and their population drinks a lot of beer, they don't produce much beer-quality barley. Most of the barley is imported from other countries.

And one EU country famed for its stout could see a dramatic change in price and drinking habits as a result.

"Ireland is going to have the highest change in terms of the absolute price change," Guan said. "So while an Irish citizen is currently paying around $2.50 for half a liter of beer, that will roughly double to $5 during extreme weather events."

In the end, the researchers concluded that whether or not people still get to enjoy a beer will likely depend on their willingness to pay.

Why does it matter?

Climate change is not only having an impact on the alcoholic drinks sector; it's set to affect world food production in general.

Still, luxury goods, such as beer, may be the first to go when crops are needed to secure food supplies. The same goes for other "luxury" items, such as wine, tea, coffee and chocolate.

"With increasing extreme weather events, luxury items will be getting very expensive or not available at all," Guan said.

"Of course it doesn't kill you," he added. "But your quality of life will be seriously compromised and social stability will come under threat. And maybe that will shake people awake to do something about climate change now."